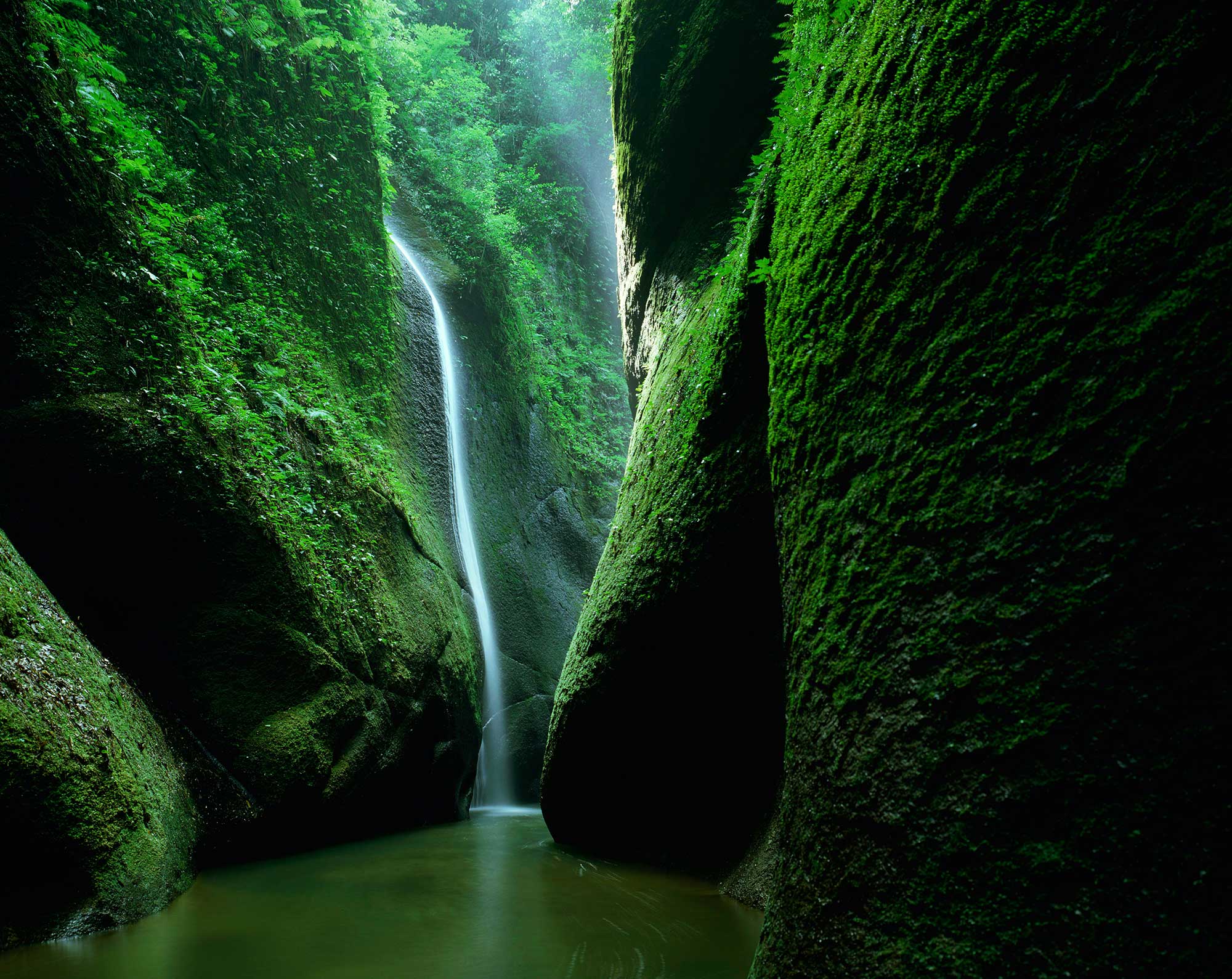 Another World Full of Spiritual Energy

A huge groove carved sharply into the earth. It is about 12 kilometers long, 20 to 60 meters deep, and about 8 meters wide in a more spacious area, and it narrows down to about only 4 meters wide in some places. A lot of water flows in there, making it a fast stream while showcasing the deep abyss. It is the scenic spot of the prefecture, Yufu River Gorge.
Yufu River has its water source between Mount Yufu and Mount Tsurumi, in Inoseto Wetland and around Kijima Highlands. Then, the great gorge landscape shows up about when you enter into Hasama, Yufu, coming from Beppu. The downstream joins Sekijou River, flows into the Kaku River, then enters the Oita River.
In the gorge area, strong current, deep abyss, and pot holes continue all the way, and more than forty streaks of waterfalls are splashing on both sides of the cliffs. You can also spot a chockstone at one place, which is a big rock stuck on both sides of the gorge. The wet rock surface shining and the water splashing. So fantastic it almost feels like it’s got some spiritual energy.
There are three places you can enter the bottom of the valley, from the upstream: Tsubaki, Saruwatari, and Tanigafuchi entrances. There is a suspension bridge located near Saruwatari, where you can overlook the valley. The gorge opens every July of the year. Events are held alternately at Tsubaki and Saruwatari entrances.
Such deep gorge was created because the area is composed of tuff, which is quite vulnerable to water erosion. There is a lot of rain in the water source, as well as water from the mountain slopes on both sides that make up a V shape, causing much water flowing into the bottom of the valley. Not only the Yufu River, but also Kobasama River flowing next to it has similar gorges in terms of geology.
In any case, how did it come to be so narrow and deep? It must have been a big question for people back then. According to a legend, the traveling Koubou Daishi, looking at the steepness of the mountain slope, asked a villager to let him use a horse but was declined because “the valley was too deep that a horse could not pass.” He then drew a line on the land with his wand so no horses could pass the valley indeed, which created the gorge. Another story says the gorge was created to arbitrate disputes over land between the two villages. 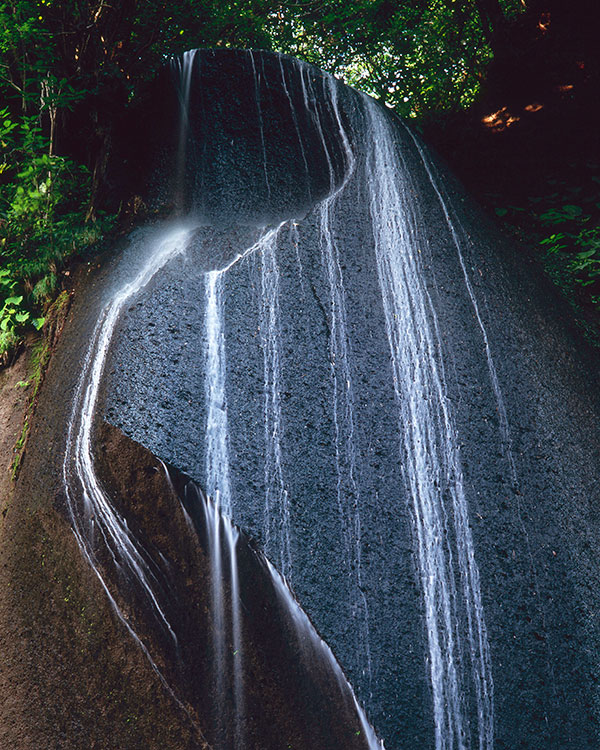 The wet rock surface shining and the water splashing. The huge groove sharply carved into the ground shows a fantastic gorge landscape.