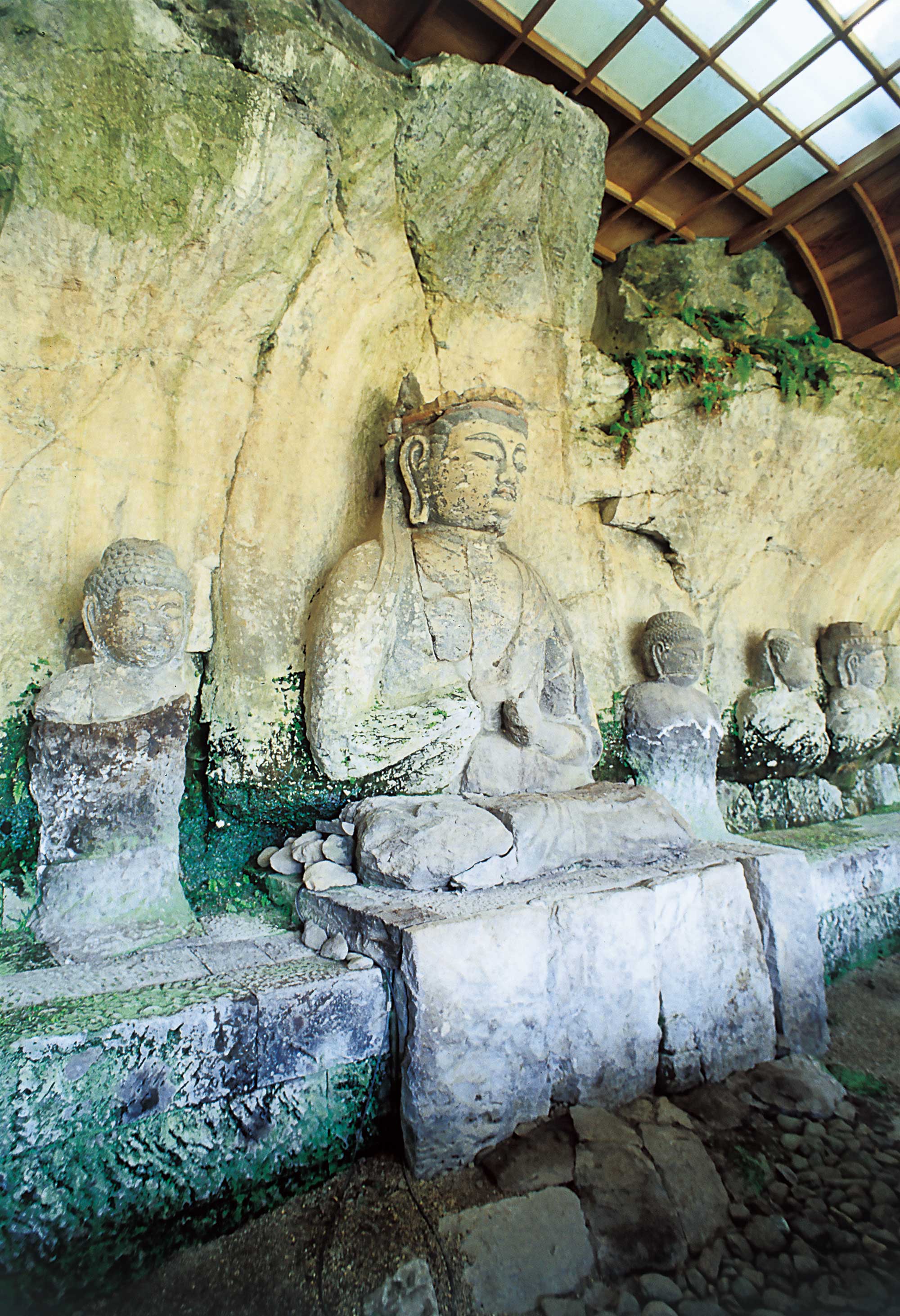 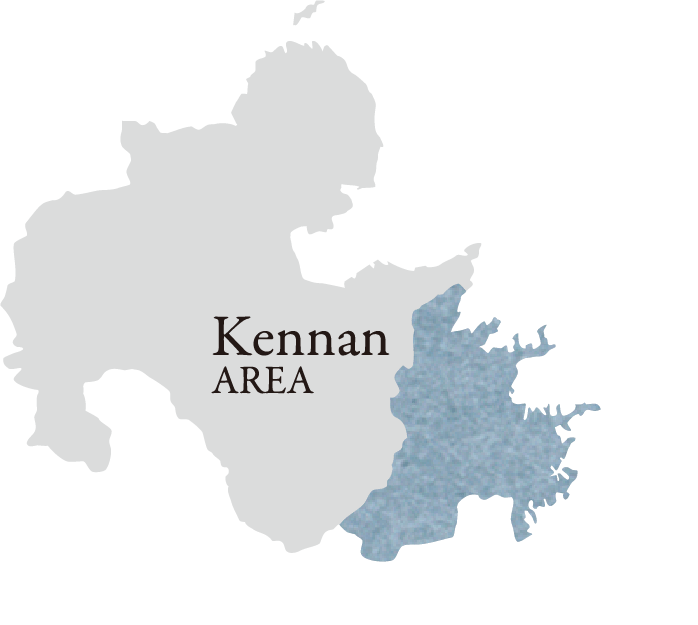 Within the Oita prefecture known as the home to “the best Magaibutsu in Japan,” the national treasure Usuki Stone Buddha is the most exemplary. Not only does it offer a historical value, but it also is an excellent piece of art.
However, when you say “Usuki Stone Buddha,” it is actually clusters of over 74 buddha statues, from Hoki to Dougasako, Sannouzan, Furuzono, Mangetsuji, and a little further apart in Monzen.
Many of them are missing parts such as a face or an arm, and very few remain in their complete forms. It used to be said to “appreciate the beauty of those that are dying” and left untouched, but now they are being restored and protected by covers.
If I had to choose the artistically fine pieces among them, it would be the Amida Sanzon of Hoki and Dainichi Nyorai of Furuzono. Amida Sanzon is made in a way closer to marubori (using a whole stone to make a sculpture without making attachment), leaving sharp marks of carving that look similar to wood carving.
Furuzono stone buddha is a stunning cluster of 13 statues of buddha, whose existence is just breathtaking. The one in the middle is Dainichi Nyorai of Kongoukai (the Diamond World). The plump face with dignity represents Usuki. The head was missing until not long ago, but it was restored and designated as a national treasure. As the head was “reconnected” (meaning “the Buddha didn’t get fired”), more people have come here to pray so they stay employed. That’s a unique benefit made fit to the world of today.
Others include the lovely baby face of “Kakure Jizou (hidden Buddha statue)” at Sannouzan, the gracious looks of the Dougasako stone buddha – the preference of these Buddhas may vary depending on the visitor, but they all make us feel the weight of the long history.
So, who made these? In Mangetsuji, there are stone statues that are said to be created by Manano Chouja (Sumiyaki Kogorou; charcoal broiler who became a millionaire) and Renjou-houshi. According to legend, Manano Chouja who heard about Jetavana Monastery from Renjou, the priest from China, wanted to create the temple and the stone Buddhas.
Aside from the legend, there are a lot of mysteries over construction of these Buddhas and the actual name of the artist who created the statue is unknown, but looking at the times, it is probably legitimate to think the Usuki clan, the leaders of the ancient Bungo Bushidan army called Oga clan who ruled over the area, was somewhat involved. In any case, these Buddhas make us think of the people in the old days who were so much in pain and suffering that they had to carve the existence of Buddha even on the stones. 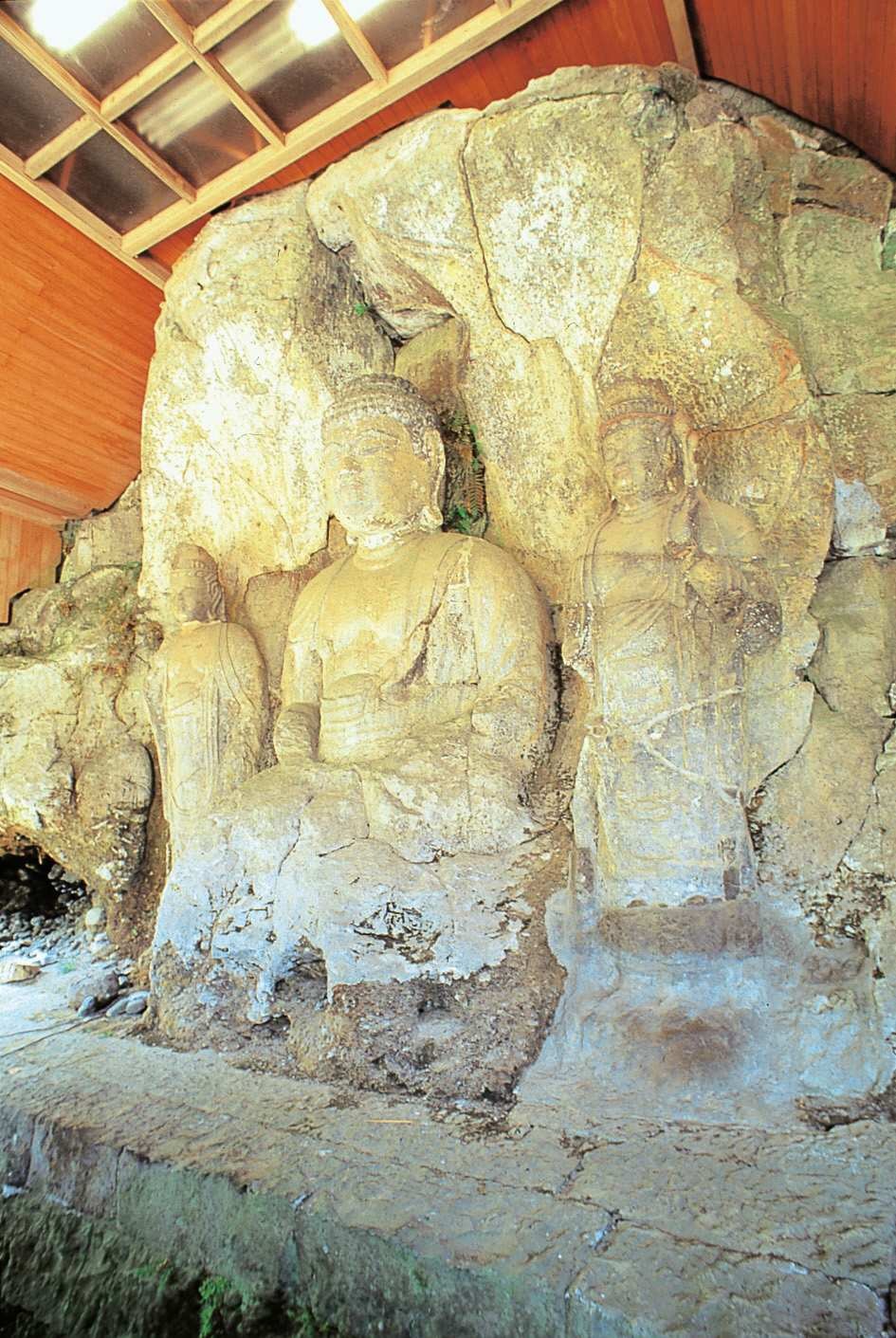