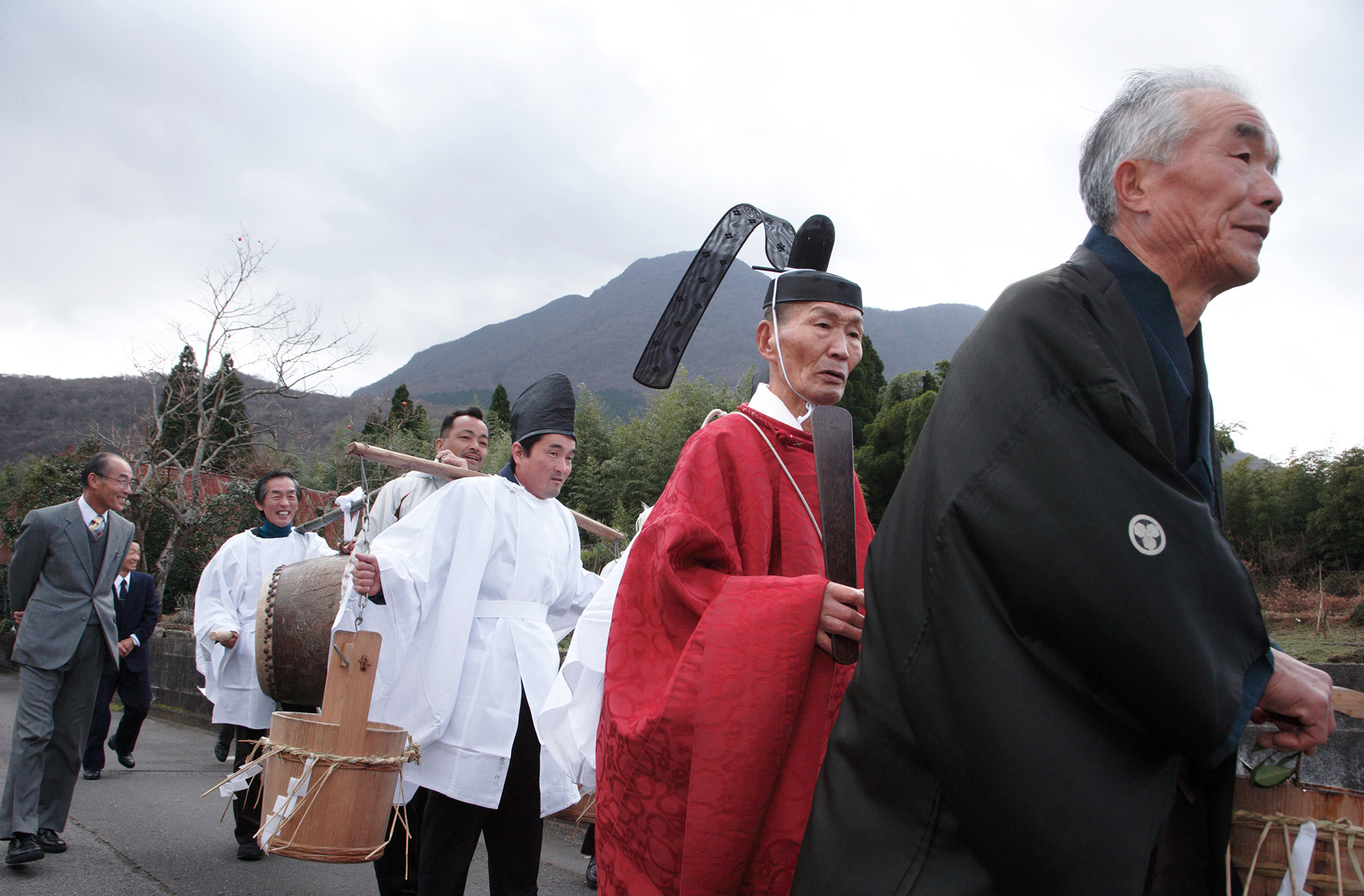 In the northern foothills of Mount Yufu, the “Fuji of Bungo,” sprawls a bright highland stretching 4 kilometers east to west at 600 meters in altitude. This is Tsukahara Highlands. This is one of the grasslands created by the Yufu and Tsurumi mountains, along with Hijudai and Jumonjibaru.
However, while Hijudai and Jumonjibaru are now used as Self-Defense Force training grounds, the Tsukahara Highlands has long been a place where people live. Fields have been plowed and ranches built, and in recent years there has even been tourism development. With the opening of the expressway, the scenery of this area turned famous.
As its name (“mound fields”) suggest, there are many mounds in these highlands. Perhaps they are ancient tombs, or stones stacked after excavation when making rice paddies. It’s said that there are ninety-nine mounds. According to legend, a demon appeared in a wealthy and happy village and asked to live there. The god of Mount Yufu promised to allow the demon if it built a hundred mounds in one night.
The demon had incredible powers. It built the mounds in a flash and would certainly reach one hundred before dawn. The god was troubled, and created a plan in which he stood atop Mount Yufu, clapped cone hats in his hands to mimic the sound of flapping wings, and clucked like a chicken. Chicken clucks herald dawn. Leaving behind the ninety-nine mounds he built, the demon left, dejected.
This is one of the legends behind why there are ninety-nine mounds. Ever since, the people have lived their lives in peace, and the highlands have been developed further.
Rooted in the lives of the people living in Tsukahara is the famous Amazake Festival. This takes place during the twelfth month festival at the shrine to the tutelary god, Kirishima Shrine. Amazake is brewed by the shrine parishioners using that year’s harvest, and is first offered to the gods, then paraded in kegs to the home of the local proprietor. Then a Shinto ritual and banquet are hosted in line with tradition.
The climax comes the following day. The local proprietor invites women, manservants serve sake and amazake, putting the women in even higher spirits. 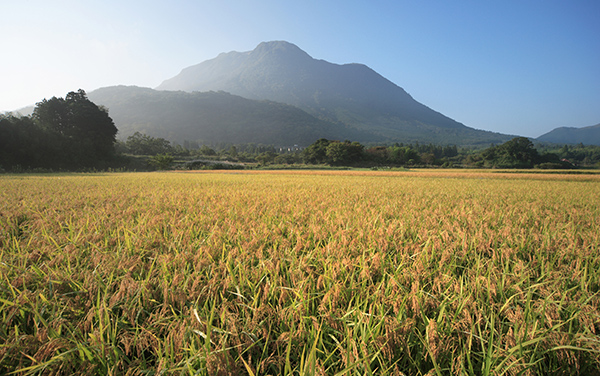 Mount Yufu and rice paddies sprawling over the highlands.