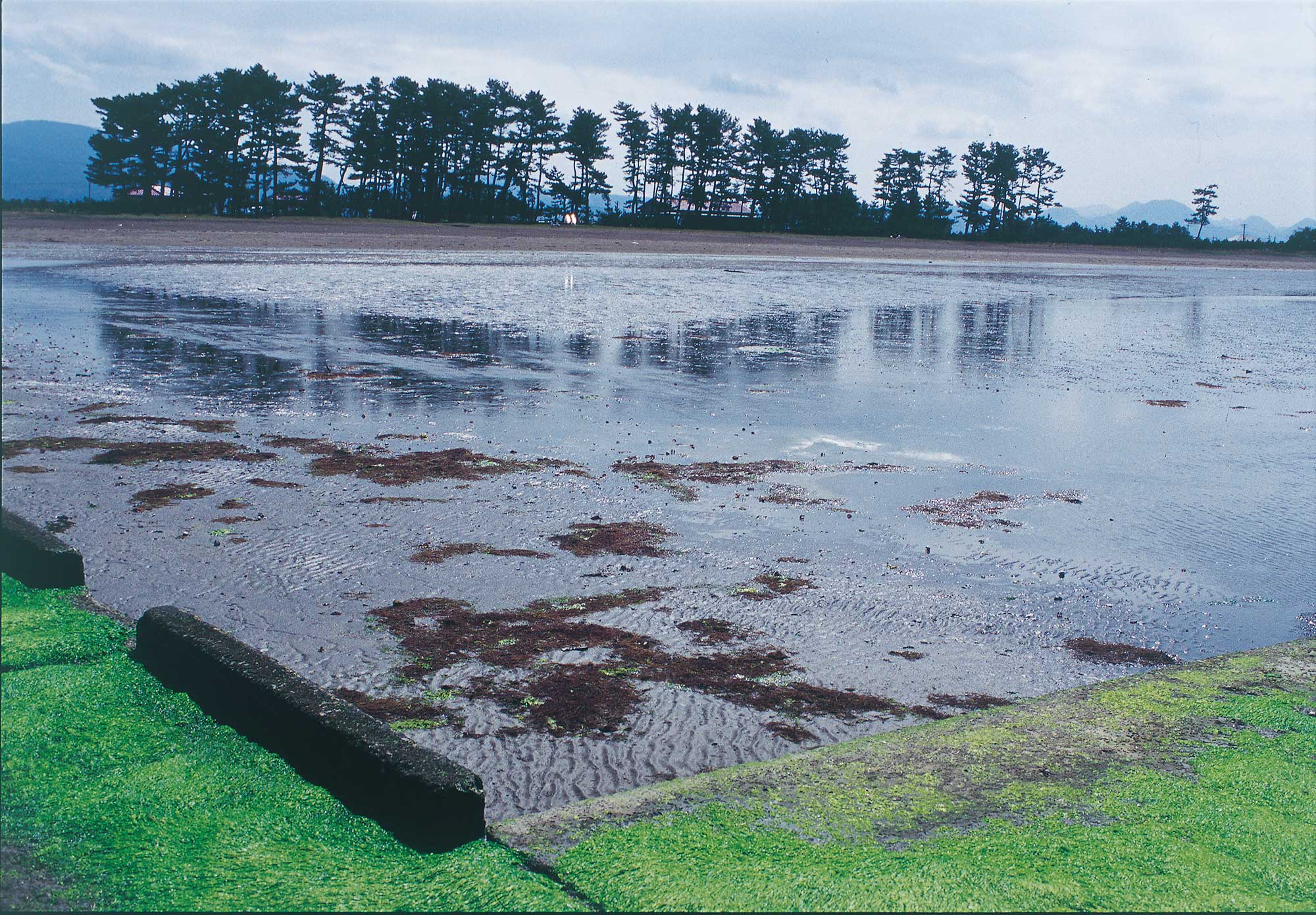 The area of Wama Coast is to the east of Nagasu, west of the estuary of Yorimo River, which enters the sea in the eastern part of Usa, and has been known as Wama-no-Hama Beach since antiquity. In the Records of Munataka Shrine, it appears to be written that 48 ships were built in Wamahama of Usa when Empress Jingu made her foray into Korea, and in Records of Hachiman, it says that a Buddhist ritual of releasing captive animals known as Life Release was held on the Matsuzaki beach at Wama-no-Hama in the Usa district.

Pine forests line the coast as a windbreak, creating the “white sand, green pine” landscape typical of the Japanese coast. Currently Wama Beach Park has been established, where visitors can enjoy clamming in the tidal flats. After playing on the beach, the shade of the green pine trees will provide a pleasant place to rest.

Incidentally, a rich countryside of cultivated fields lies behind the coast. Here, you can see the famous regions of Kyubei Shinden, Iwaho Shinden, and even further back the north and south Tsuruta Shinden. You can also see other place names with “Shinden” (“New Field”) nearby, including Mikoyama, Gunchu, Takasago, Junpu, and Hamatake to the west of the Yakkan River.

This is because these areas were developed as new fields by damming the shoals with an embankment in the late modern period. The leader of this development was Daishirou Shionoya, the Prefect of Saigokusuji (Magistrate of Hita), who contracted the district of Usa, its farmers, and townspeople to develop the land. Kyubei was the younger brother of Tansou Hirose, a townsperson who moved the so-called “Hita Gold.”

That is, the Wama coast is a sandy beach extended to the sea after new fields were formed through the hard work of farmers. 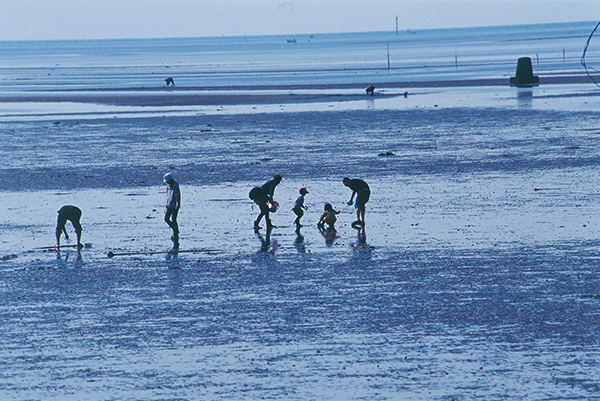 A tidal flat on Wama Coast, representative of the shoal beaches in the area. A beach park has been created where visitors can enjoy clamming.