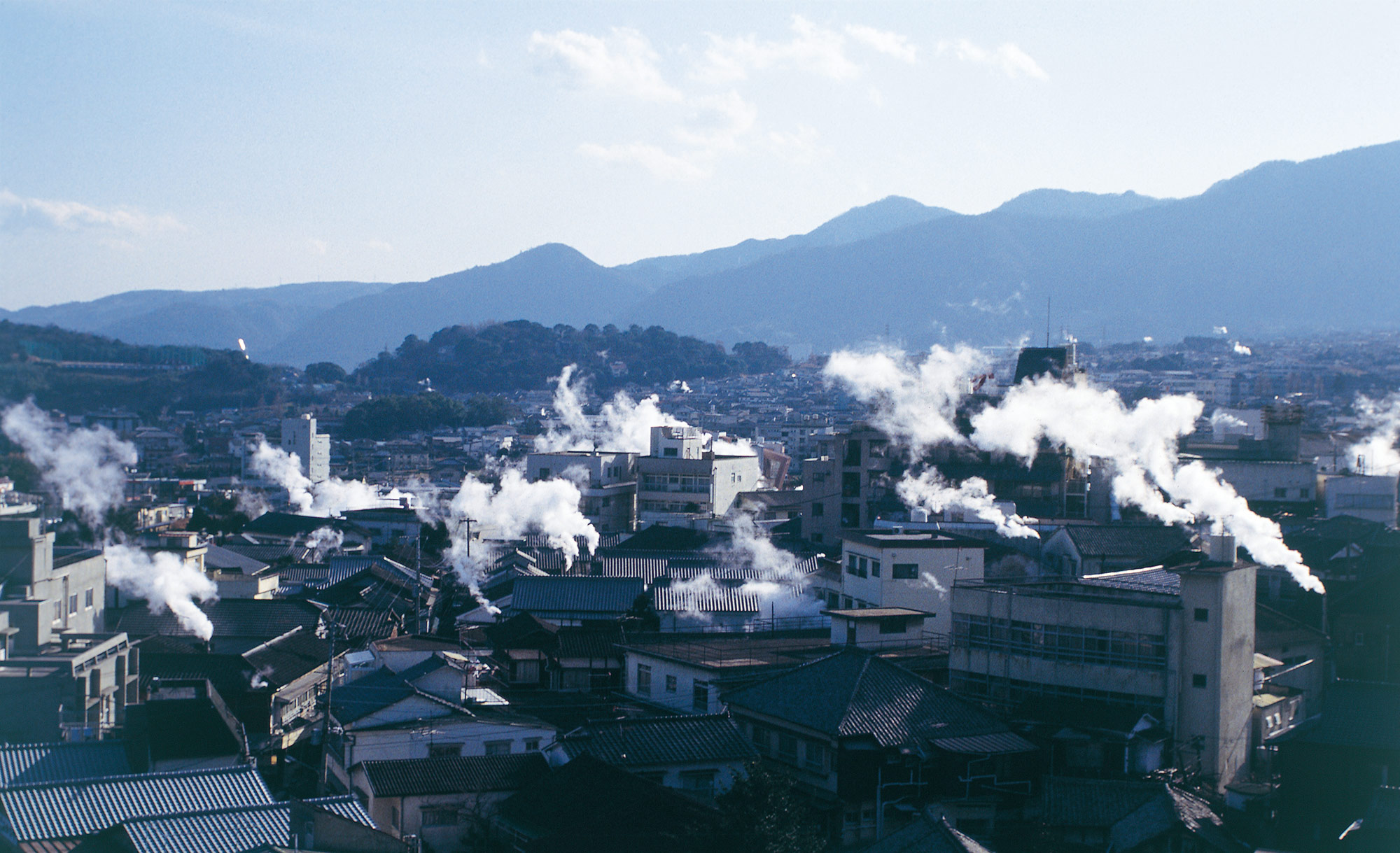 The Steam of Kannawa Hot Springs

Once the cold settles in and the atmosphere turns crisp, the steam of the hot springs of Beppu swells and rises. While the steam of each of the eight hot spring districts of Beppu has its own distinct features, the steam from Kannawa Hot Springs is the biggest with many sources. This great moving signboard was chosen as a Nationally Designated Important Cultural Landscape in 2012.
In addition, Kannawa Hot Springs has a “hell” (jigoku) of seething hot water and mud which draws in many tourists, and the steam is used for cooking at hot spring resorts, where hot water flows through the gutters on the streets. These scenes are unique to Beppu.
According to statistical data from the Japanese Hot Spring Association (2014), there are a total of 2,217 hot spring sources in the eight main hot spring districts of Beppu, with a total volume of 83,058 liters per minute. This is definitely the capital of hot springs, not only in Japan, but worldwide. Moreover, there are more than 400 locations where steam rises.
Part of the reason for the high number of steam spots as well as the large amounts of steam emitted is the high temperature of the springs, but also because there are 478 hot springs that naturally flow near the surface, rather than have to be drawn up.
The frequency of these naturally flowing hot springs has deep ties to the history of Beppu’s development. According to Tatsuo Danjou of Beppu University, “it would have been impossible without a flowing artisanal well drilling technology known as Kazusa Well Boring.” This technology was introduced to Beppu and developed as a hot spring boring technique called yutsuki.
Yutsuki was perfected as a technology in the mid Meiji period, and Beppu reached its Golden Age in the late Meiji Period. This was later replaced by powered boring technology, but nearly half of the current hot spring sources are said to come from yutsuki.
What’s more, sceneries of hot spring steam in Beppu are made three dimensional due to its topography. The gentle slope from the foothills of Mount Tsurumi Peaks to the coast is ideal for viewing the city and the steam together as a whole.
What created this alluvial fan was the volcanic Mount Tsurumi. The gods of this mountain are Hono-o and Hono-me, male and female. This mountain is not only the parent of the hot spring steam, but of all the eight hot spring districts of Beppu. 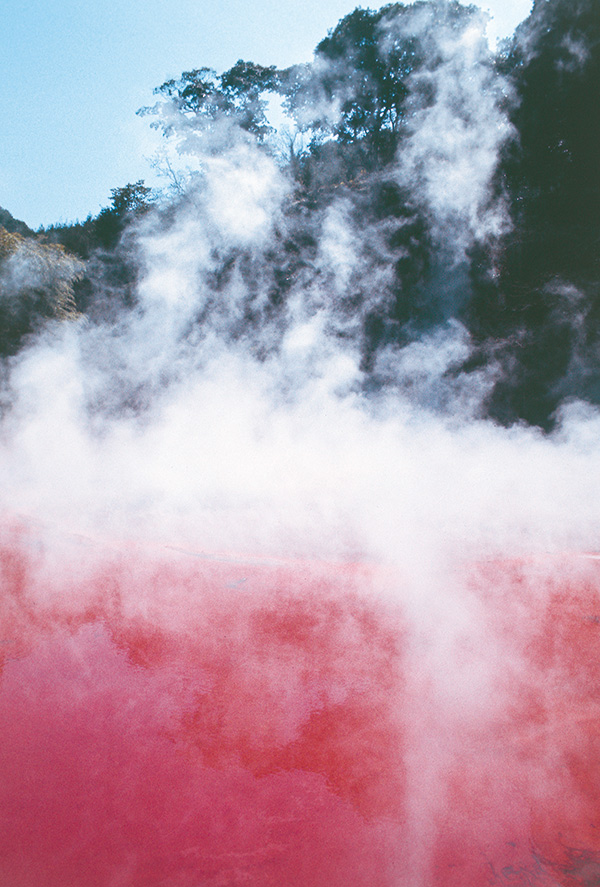