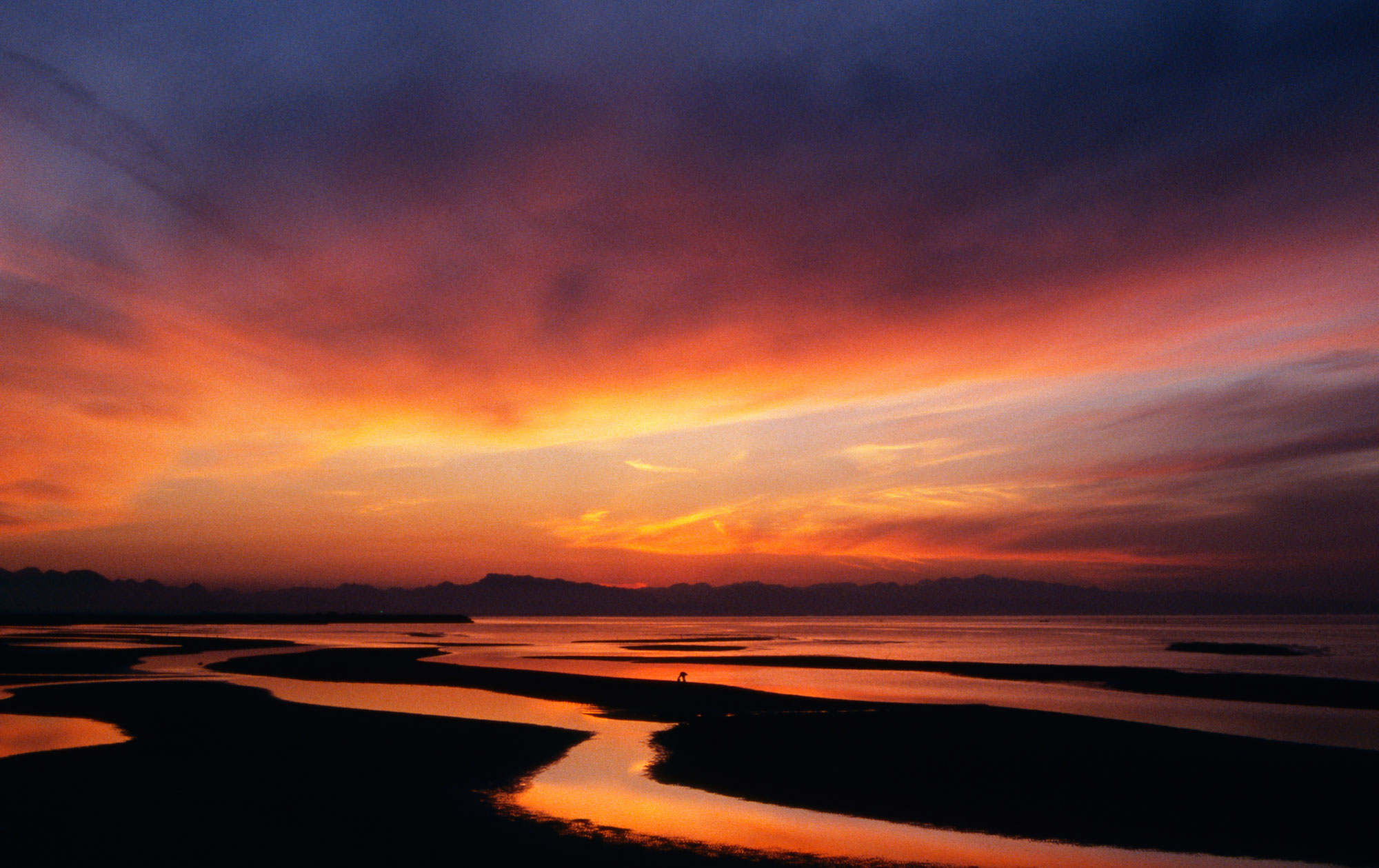 The Setting Sun Over Matama Coast

On the western edge of Kunisaki Peninsula, the sun setting into the tidal flats of Matama (Bungotakada) creates a truly spectacular scene. The radiance of the of the setting sun changes every moment. The sunset over Matama Coast is never the same, changed by the day’s tide, weather, and point of view. Kunisaki Peninsula is the premier volcanic peninsula in Japan. The geographically fascinating round peninsula, whose ridges and valleys stretch out radially toward the sea, tilted after its formation as a volcano.

In other words, the north side of the peninsula sank, while the south side rose. This has created sunken rias coasts on the northern tip, for example at Kunimi, Kunisaki, while shoals due to protrusions formed on the south inland side of the peninsula. The shoals include Nata and Kariyado in Kitsuki, facing Beppu Bay in the east, and in the west, coasts such as Kuresaki and Matama along Bungotakada’s Suounada were formed.

The coastlines of Okidai and Usa flatland facing the same Suounada and Buzen Sea are also shoals, their sprawling tidal flats said to rival those of the Ariake Sea coast, with Matama Coast situated at the easternmost end. The shallow beach is ideal for land reclamation, and many new rice paddies were built. Kuresaki and Matama are both reclaimed land.

However, at Matama, the coast from Owashi to Usuno in the north of Matama River has not been drained, leaving unspoiled tidal flats. The setting sun reflected in the tidal flats is magnificent. What’s more, National Route 213 runs along the coast, making access convenient. In Oita Prefecture, there are few places where you can watch the sun sink beneath the sea. Matama Coast may be the only place where you can.

The setting sun often appears in Yasushi Inoue’s Silk Road Collection of Poems. It appears he just couldn’t get enough of the sunset. However, his sunsets are set in the deserts and grasslands. One wishes he could have seen the sparkling sunset over the coast of Matama, a top-class sight ranked in the “Top 100 Sunsets of Japan”. 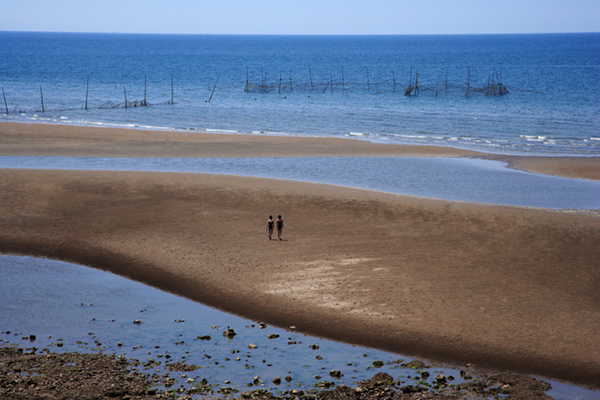