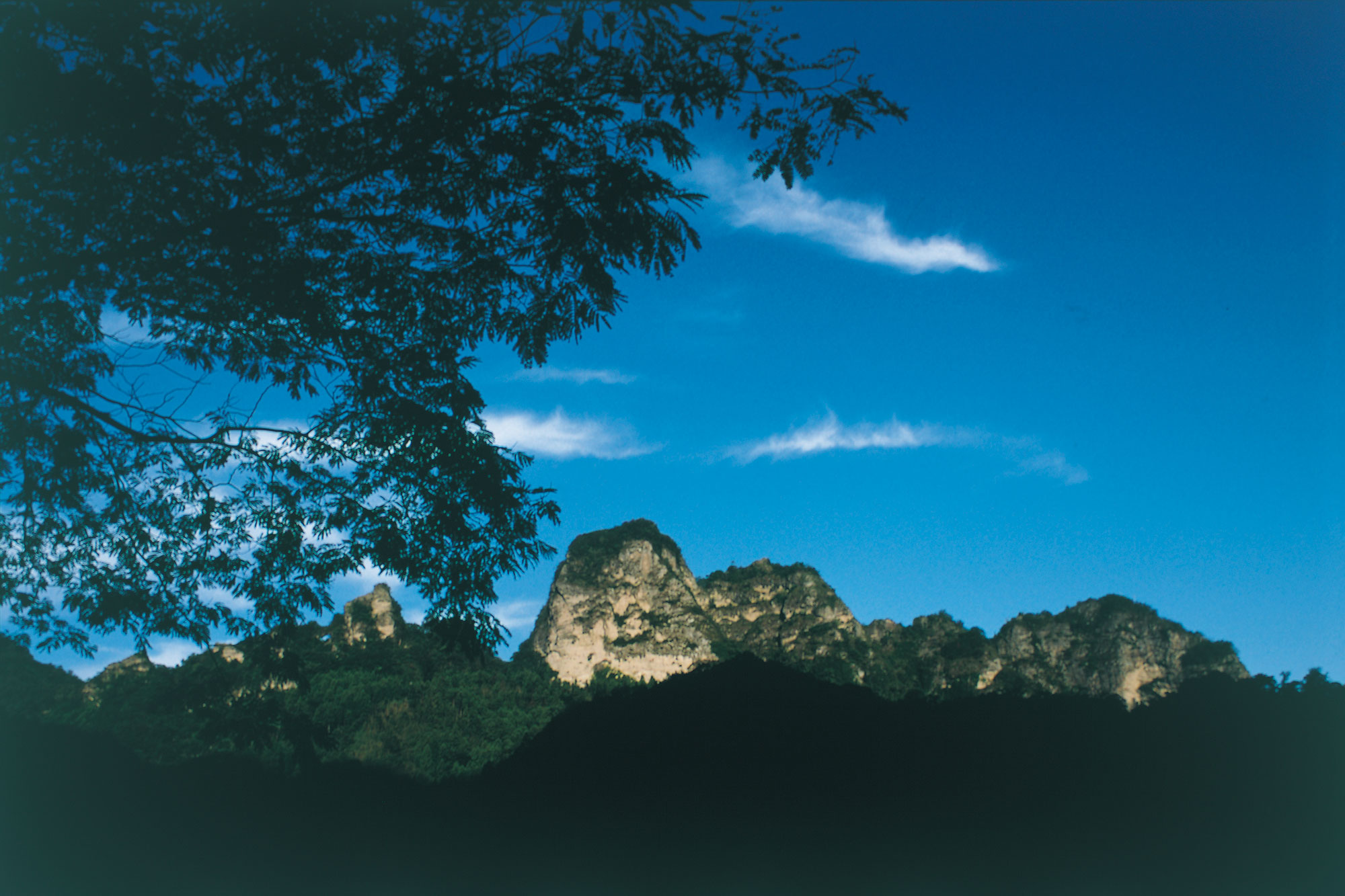 The History and Landscape of the Mountains of Kunisaki Peninsula

a Treasure Trove of Shinto-Buddhism Syncretism

A round peninsula, shaped like a Japanese umbrella without its handle. Ridges and valleys extend radially in all directions from Mount Futago (721 meters) in the center. Kunisaki Peninsula is an archetypal peninsula in Japan showing topography created by volcanic activity.

What’s more, if you liken the peninsula to a head, a horst called Hanagatake, Mount Tahara, and the Kitsuki Mountains join together to form a scarf around what would be the neck.

The valleys extending radially from the center have been called the Twenty-Eight Valleys since antiquity. People came here to live, building fields and villages. This led to the establishment of six ancient villages. Rokugou (“Six Villages”) became synonymous with the peninsula.

Eventually Usa Jingu Shrine entered the peninsula, which ran manors as part of their domain. Several shrines to Hachiman were set up along the coast, such as Nata, Sakura, Betsugu, and Wakamiya, and after the syncretism of Shinto and Buddhism, innumerable temples and hallowed grounds collectively known as “Rokugou Manzan” were made in these mountains. The peninsula became “The Home of Gods and Buddhas”.

The “twenty-eight” of the Twenty-Eight Valleys does not match the number of rivers on the peninsula. It is instead the number of scrolls in the Lotus Sutra. Manzan Temple is organized into three branches, Motoyama, Nakayama, and Sueyama, which have a total of 28 main temples. This number is sacred in the culture of the peninsula.

Yabakei-style rocky landscapes can be seen throughout the mountains and valleys. Ebisu-yaba, Monju-yaba, the rocky peak of Kijou casting its shadow over Nameshi Dam, views of Sannomiya, Fudou-Iwa Rock of Mount Sentoudake, and so on… the list is endless. Mount Tahara also known as Mount Nokogiri, made up of rocky, sawtooth-like peaks, stand along the horst. Here stand the temples and shrines of Rokugou Manzan, scattered with rock caves, stone Buddhas, and stone pagodas, and even today the smoke of incense never fades. There are many traditional events and folk religions based on Hachiman and the Lotus Sutra. The peninsula is truly a treasure trove of the living history of Shinto-Buddhism syncretism. 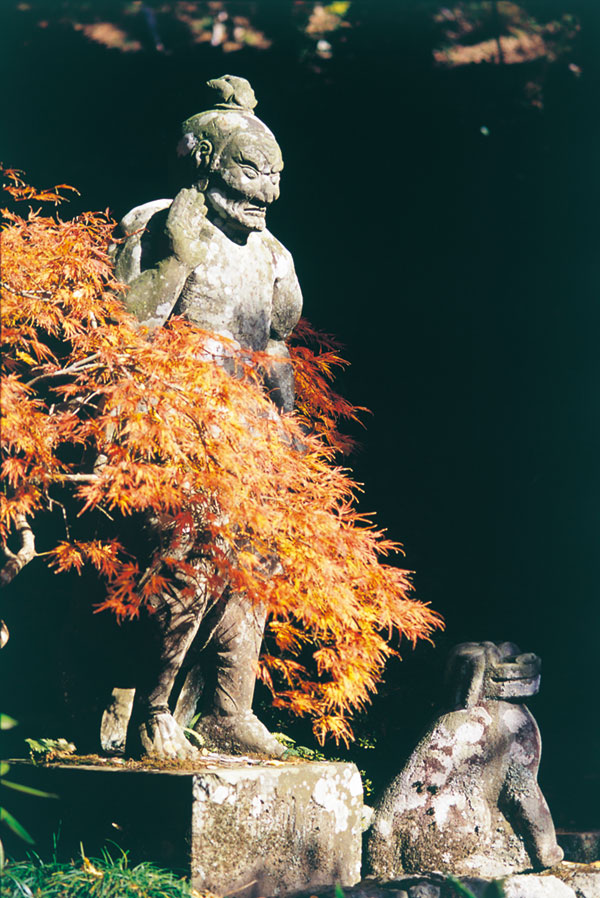 The precincts of Chouan-ji Temple.