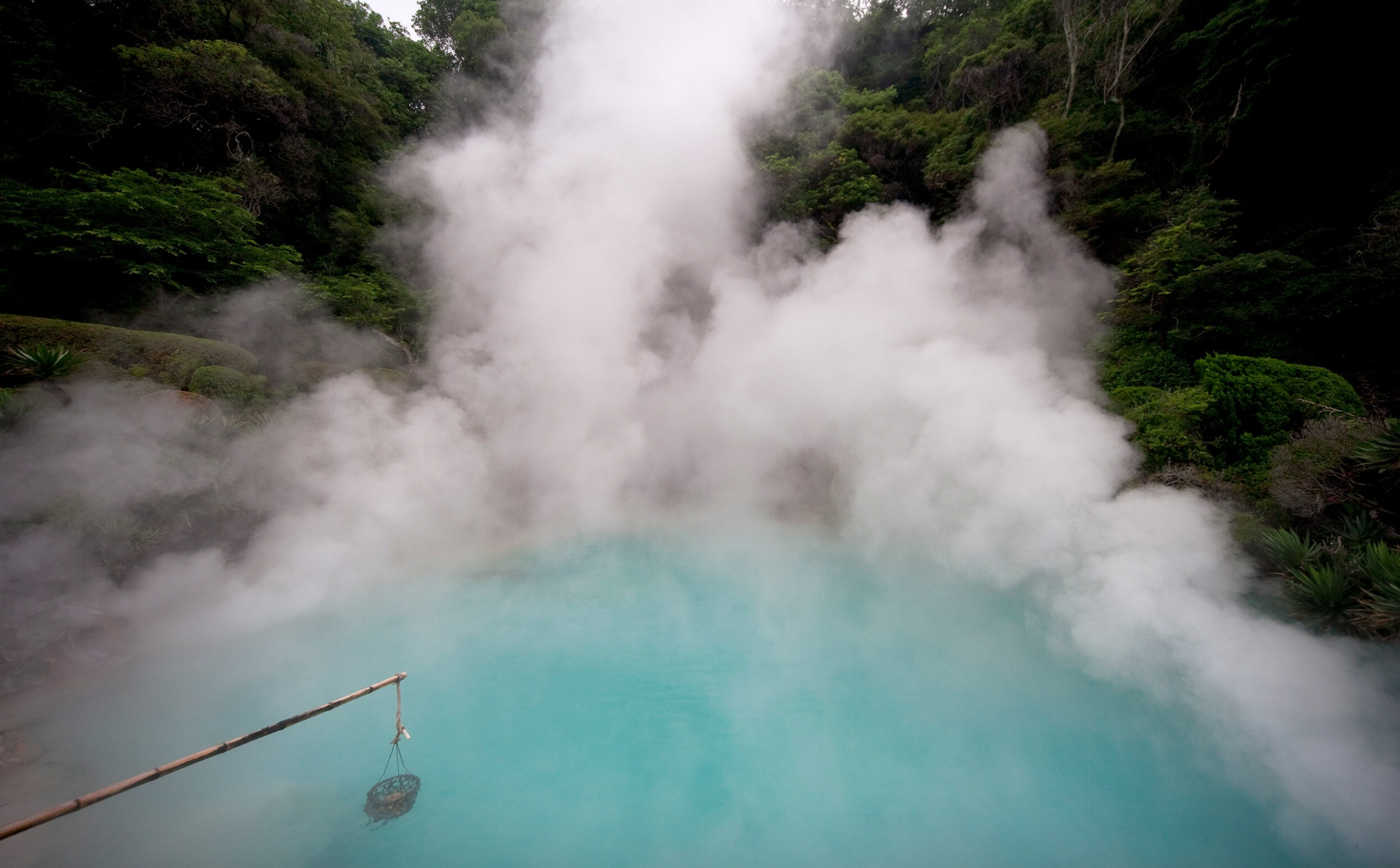 Symbols of Sightseeing in the Capital of Hot Springs

Oita’s Hayami no Yu has been famous since antiquity. The oldest document it is recorded in is probably the Bungo no Kuni Fudoki (“Report on the Culture of Bungo Province”), which was first compiled in the 8th century and submitted to the imperial court.
In the section on the Hayami District, it says that there is Aka-no-Yu Springs on Mount Kamado and Kuberi Springs east of Mount Kawanaho. The former has red water and enough mud to cover a pillar, while the latter is black and is thought to be a geyser due to the fact that the plants around it are withered from heat and that, when a person approaches it and speaks in a loud voice, it spouts angrily.
These are in the Kannawa and Kamegawa hot spring areas, and while it is not clear, it is thought that, based on descriptions of their locations, that these are Chi-no-Ike Hell and Oniyama Hell.
Zones with rising fumes, boiling hot water, and hot mud have been called “hell” (jigoku) since antiquity. This comes from Buddhist teachings that hell is beneath the Earth. It is believed that naraka (hell) is here. The Japanese word, “edge of the gold wheel,” implies that this is located at the very end of the world. Perhaps this word is the basis for the name Kannawa, which means “iron wheel.” It is said that when Ippen Shounin quelled this scorching hell and turned it into a hot spring, he cast an iron ring around it and prayed.
Perhaps the name Kamegawa originates from a legend in the Shoku Nihon Kouki that says that, in 848, a white turtle was captured in Hiyakawa and given as tribute to the imperial court, at which time it changed the name of the era to Kashou. There is a park with a mound for a white turtle within the city.
Both hot springs have the most hells of any of the eight hot springs of Beppu. They have whole clusters of hells, including Umi, Bouzu, Shiraike, and Tatsumaki, in addition to the aforementioned hells. This is where the “Hell Tour” sightseeing bus originated, a highlight of Beppu sightseeing even today, which lets visitors experience the power of magma and the energy of the hot spring.
In addition to this, the area is brimming with old-fashioned hot spring health resorts, used for thermotherapy, welfare, and even agriculture. This place teems with hot springs and with humanity. There is a saying, “Meeting a Buddha in hell,” used to express relief, and visitors often say that all the locals look just like Buddhas. 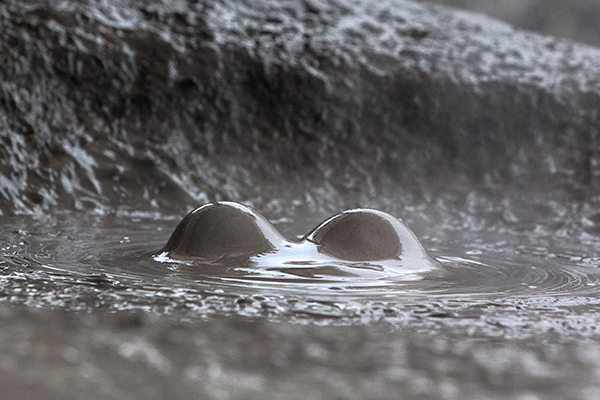 Umi Hell (above) and Bouzu Hell (below), where you can experience the power of magma and the energy of the hot springs. These hot springs are used not only as health resorts, but in agriculture as well.