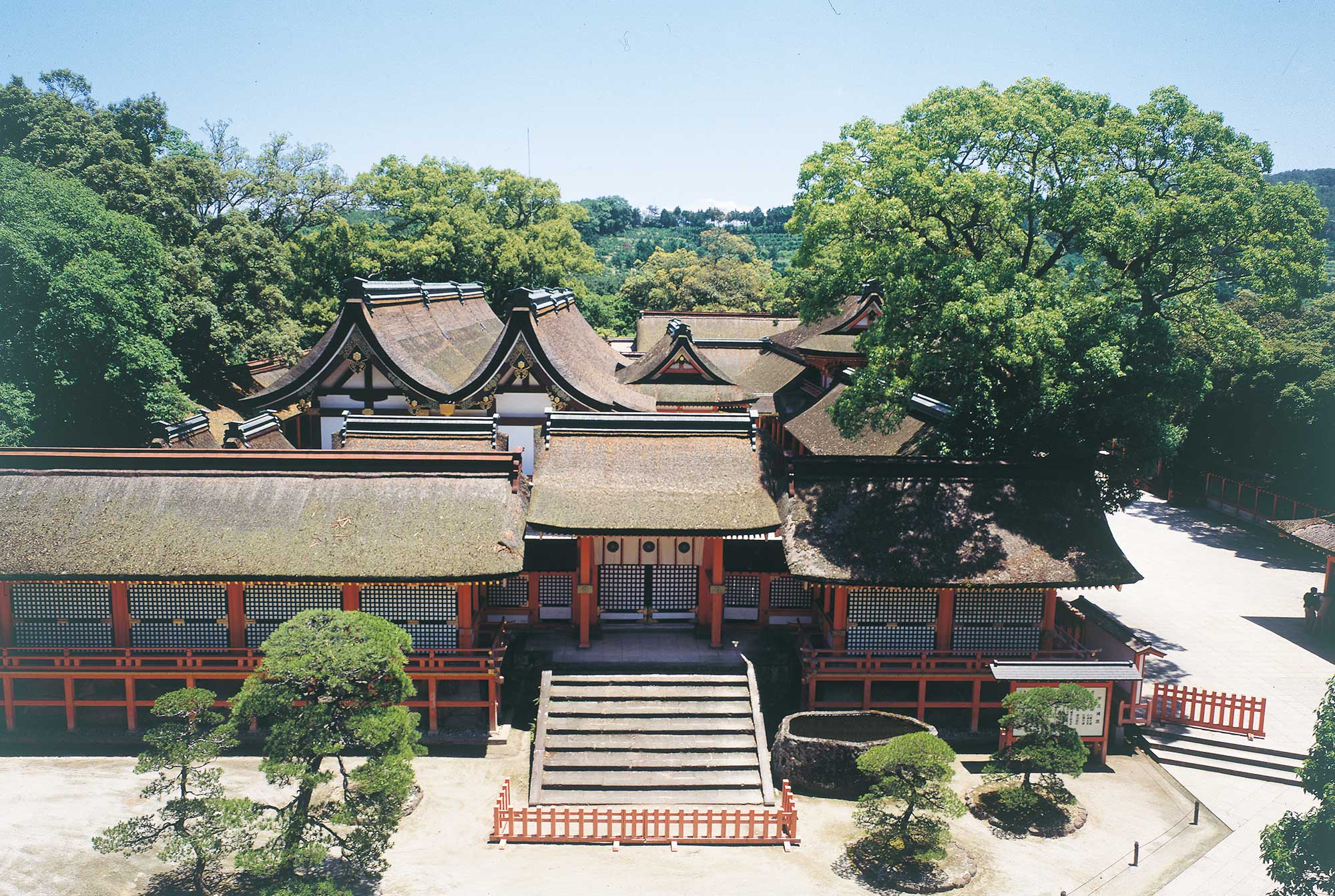 The Forests and Shrines of Usa Jingu

the Foundation of Japanese Culture

The ancient Usa culture was the first true culture to blossom in Toyo-no-Kuni (an old name for the area), influencing the history and culture of not only Oita Prefecture but the entire nation of Japan, becoming a foundation of Japanese culture.
In addition to the upper and lower shrines, the precincts contain various auxiliary shrines, temple ruins, forests, and ponds, and the central Main Shrine consists of three palaces. The second palace at the center enshrines the three-pillared goddess called Himeokami. The first palace enshrines Hachiman Daijin, the third enshrines Okinagatarashi Hime, that is, they are shrines to Emperor Oujin and Empress Jingu.
Their enshrinement here is said to have started between the 8th and 9th centuries, but its history is extremely old and mystery shrouds its origins. However, the three-pillared goddess is the oldest, and apparently come from the Korean Peninsula. She is said to be the goddess of safe voyage, like the god of Munataka Shrine, and clans came to Japan with the support of the goddess. Later, Oujin and Empress Jingu, the Emperor-Gods, are said to have been welcomed.
While there is not enough space here to talk about the history of the shrine, the ancient technologically advanced groups who served the shrine are worthy of mention. With advanced technology of the time from the continent such as civil engineering, steelmaking, smelting, and more, they entered from Northern Kyushu to Nakatsu and the Usa area, where their specialty civil engineering technology was used to make the fields and waterways primarily in the plains, whereas their metalworking technology was used to help create the Great Buddha of Toudai-ji Temple, connecting them with the Imperial Court.
Similarly, they also excelled in their capacity to receive and process information. The fact that they adopted Buddhism quickly, achieving syncretism of Buddhism and Shinto and forging the culture of Rokugou Manzan in Kunisaki, and connected with the Imperial Court and the political forces of the time is a manifestation of their advanced information system.
The current main shrine, a national treasure, was built during the Edo period, but it takes after the old style with its magnificent rows of vermilion-painted columns. Its roof is distinctive. The outer sanctuary (prayer shrine) and the inner sanctuary (main shrine) are gabled, with large metal troughs running parallel at the joints. This is called Hachiman-zukuri. While it is difficult to tell when worshiping on the precincts, these features can be seen clearly here since the photos in this section were taken from a high location. 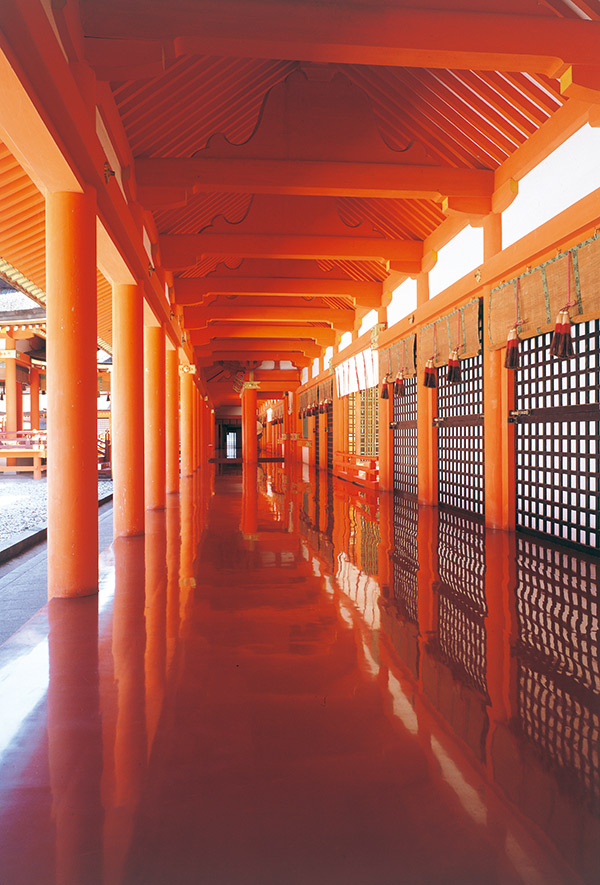 The cloister of the Main Shrine.