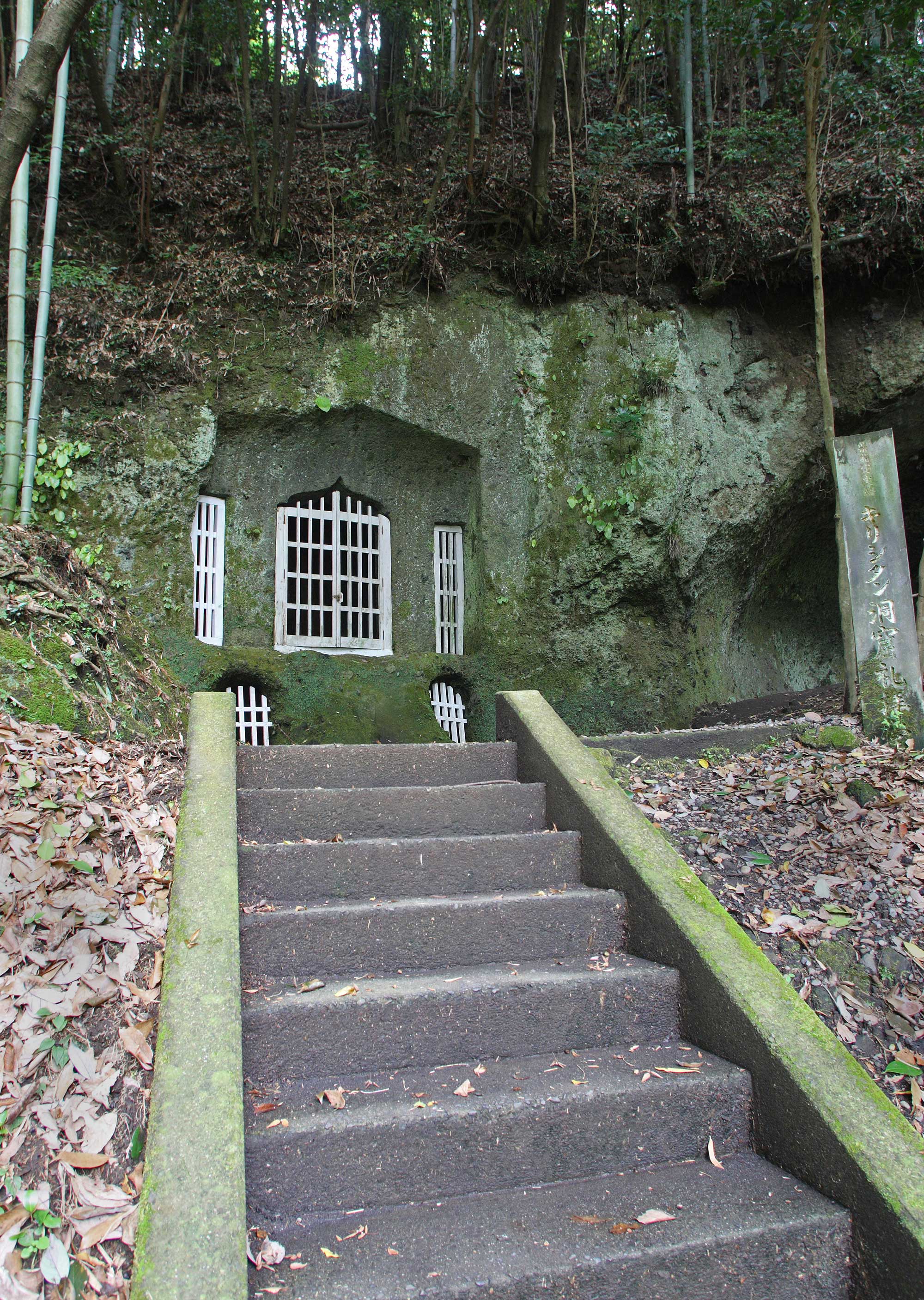 The downtown area of Taketa surrounded by rock walls has the names of its alleys associated with valleys, such as Kudotani (where “Tani” means valley). In one of the examples Akamatsudani, which is a short distance into the Hirose Shrine from the “Road of History” in Tonomachi where old samurai residences remain, stands the prefectural designated historical site, Christian Cave Bethel.
A dome-shaped cave made from a tuff cliff is about 10 square meters in size, and about 3.5 meters at the highest part of the ceiling. An altar is placed on the wall in the back, painted with terracotta-colored mortar. They say there used to be logs put together to construct the floorboard.
Just beside it was another cave hiding behind the rocks with a water system, which was sometimes called the “Dwelling Site,” in addition to several quiet caves hidden together. It looks like it was built in the early modern era, where “hidden” Christians resided.
At that time, there were many Christians in Naoiri region, with some missionaries. Then Hideyoshi banned Christianity, followed by the Tokugawa Shogunate taking over it. In the article of 1617 in Nihon Kirishitan Shumonshi by Leon Pages, there is a record that Father Napalo and Burdolino were hiding in a cave, and one of the lords of Shinga was looking after them providing shelter.
The lord of Shinga refers to the former lord of the area, and seems to be the family member of the Shiga clan who was Christian himself, and it may have been that the area was still conveyed with the name Shiga. In addition, the chief retainer of the Nakagawa clan is the descendant of the Furuta family renowned for the Kirishitan (Christian) Oribe lanterns. Not only tacitly approving the fathers living in the hidden cave, but also from the construction of the chapel, it can be speculated that he probably treated them considerably well.
Furthermore, Nakagawa’s family crest is a cruciform, also known as “Nakagawa cruz.” Although the Nakagawa clan took some control over the Christianity according to the ban by the Shogunate, it seems that they pretended to not know the presence of the chapels and fathers. In any case, only the ruins of the Cave Bethel, which remained in a unique form nationwide, knows the truth. 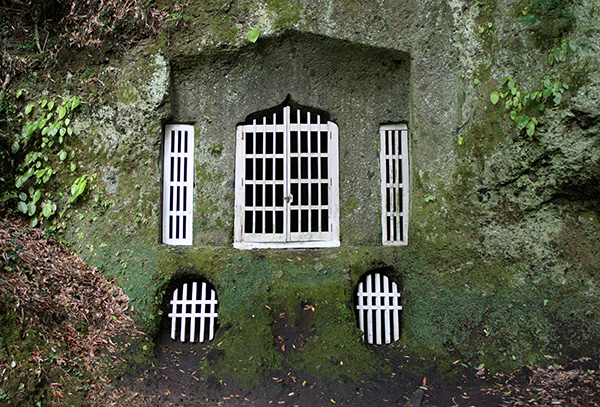 The bethel became the sanctuary of the Christian faith under the ban by the Shogunate. It is believed that two fathers lived hiding in the cave that remains quietly behind the rock.