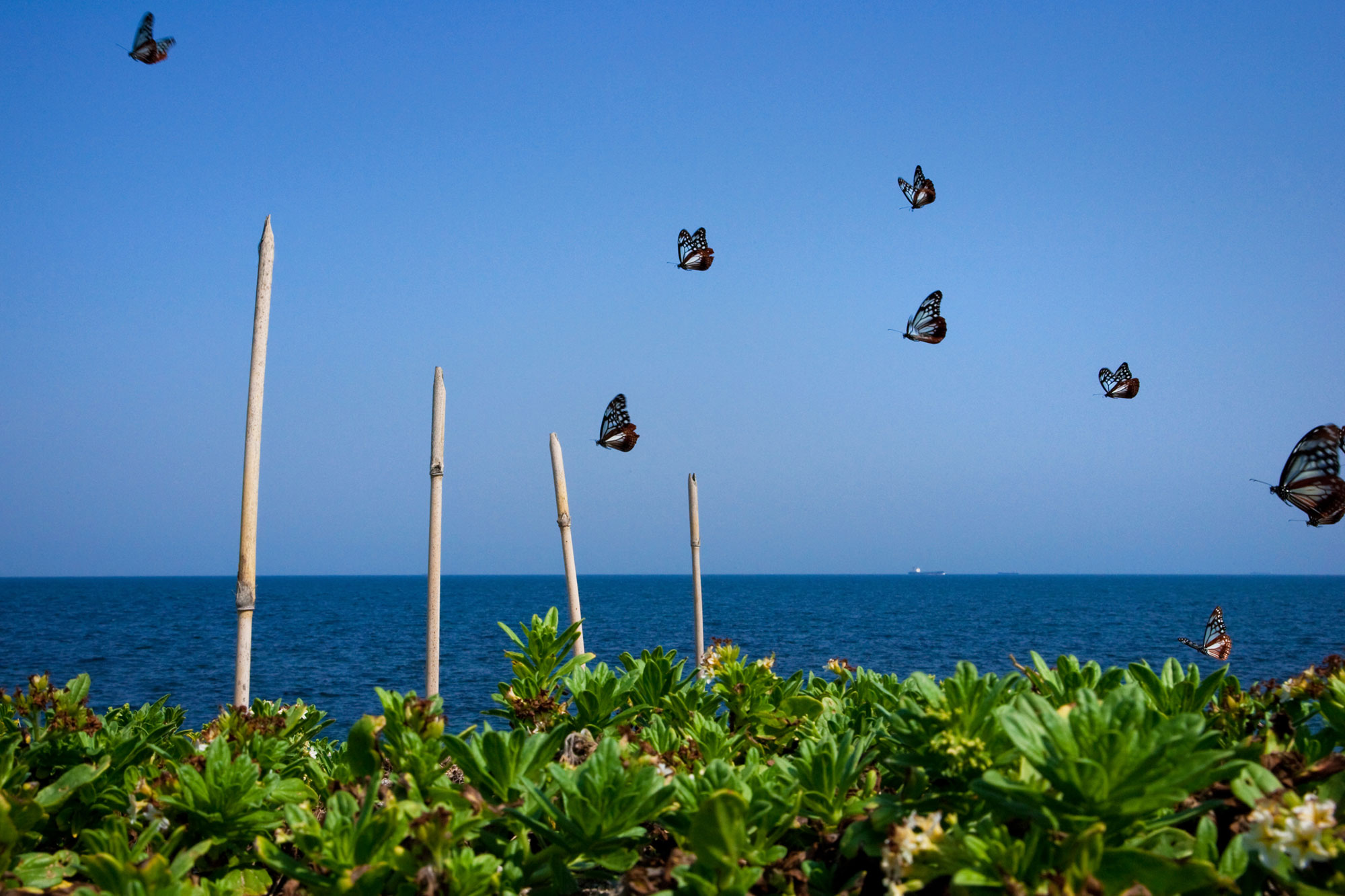 The Chestnut Tiger Butterfly of Himeshima

Floating off the coast of the Kunisaki Peninusla, Himeshima is a maritime crossroads connecting Kyushu with the Chugoku region and Suounada with the Seto Inland Sea, and the island serves not only as a lighthouse for boats, but also as a vital place for the Chestnut Tiger, a butterfly that migrates over 1,000 kilometers from north to south. Now, the island is known as the top resting place for these butterflies in Japan.

The kanji characters for the Chestnut Tiger mean “shallow leek speckles”. “Shallow leek” is the pale blue-green color of a young leek, which is speckled on the butterfly’s wings. These butterflies migrate long distances from the Japanese archipelago south to Taiwan.

They come to Himeshima twice a year, in early summer and autumn. In early summer from May to June, they drink the nectar of Heliotropium japonicum, which grows on Mitsuke Coast in the northwestern part of the island, and in autumn they gather in the eastern Kane District, where Eupatorium japonicum bloom in October. Their numbers reach hundreds in a low year and thousands on a good year. They don’t flap their wings quickly, but rather glide through the air with gentle flaps, and they don’t appear to be frightened by people, making them perfect for observation.

They range from the Japanese archipelago to the Korean Peninsula, the Chinese mainland, Taiwan, and other southern islands, as well as to the Himalayas. The ones seen in Japan are those migrating back and forth between Japan, the southwestern islands, and Taiwan. In spring, they go north, and in autumn, they go south.

In Himeshima, conservation societies and elementary school children observe and mark these butterflies. From this, butterflies with the Himeshima mark have been observed to travel north to the tip of Noto Peninsula 660 kilometers away two weeks later, then two months later south in the Yaeyama Islands 1,300 kilometers away; but in fact, they actually migrate even further. According to researchers, they range a linear distance of 1,500 to 2,000 kilometers, with some butterflies traveling as much as 200 kilometers in a single day.

When children mark these butterflies, they perhaps also instill them with their dreams. This is an international place, with legends suggesting a connection between Himeshima and Korea, and with the southern flavor of the Himeshima Dance. 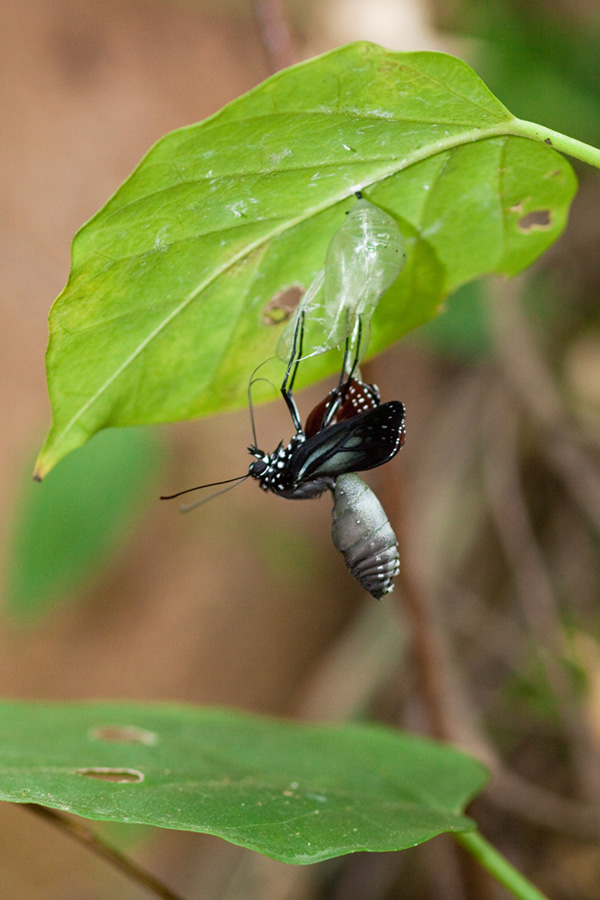 A butterfly emerging from its chrysalis.