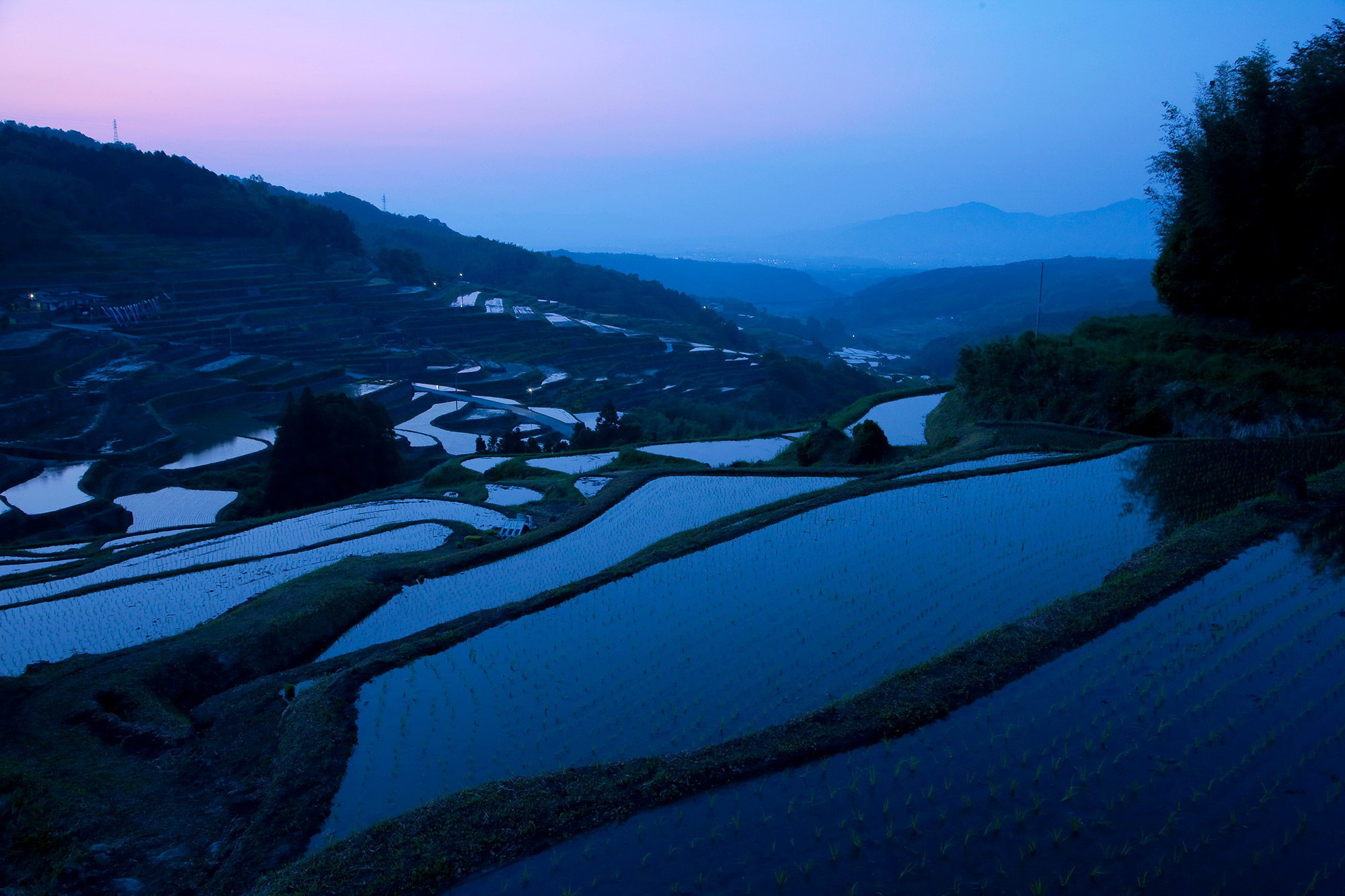 the Fruit of Farmers’ Sweat

Terraced rice fields are layers of rice paddies over a slope. Narrow rice paddies overlap each other and can be viewed at a glance. As the English word “rice terrace” implies, they are stacked like terraces. In the case of fields, they are called terraced farms.
The ideal place for rice cultivation is a place blessed with water and soil with good drainage. The Japanese archipelago has many slopes to begin with, so anyone trying to create a rice paddy would end up making terraced rice fields. The development of irrigation techniques for mild slopes, flat plains, or marshlands is relatively modern, and prior to this people would choose a slope for their rice paddies as a matter of course.
Terraced rice fields stand out exceptionally in Oita Prefecture where there are many mountains. Six locations from Oita Prefecture were chosen for the “Top 100 Terraced Rice Fields of Japan,” certified by the Ministry of Agriculture, Forestry and Fisheries: Uchinari, Yufugawa Okuzume in Yufu, Jikumaru-Kita in Bungo Ono, Yamaura Souzu in Kusu, Ryouai in Usa, and Hadaka in Nakatsu. The number of the fields selected is in the top five nationwide.
The terraced rice fields of Uchinari were built from the Sengoku Period to the Edo Period, with over 1,000 rice paddies occupying more than 40 hectares. They have been maintained by 60 households. The average slope is approximately 1/10, meaning that, at a horizontal distance of ten meters, the slope gets one meter higher. Since the neighboring Yufugawa Okuzume occupies nearly five hectares, the sceneries of terraced rice fields here are among the best in Japan.
In early summer, the rice paddies are filled with water, reflecting the moon in each paddy, while in midsummer they are blown by lush breezes, then in autumn, waves of golden ears of rice are circled in red spider lilies. This stunning scenery stretches behind the tourist city of Beppu.
But it is more than a mere scenery. These terraced rice fields are also essential for the conservation of the country and the protection of the ecosystem. What’s more, each district aims to add value to its rice by branding it as coming from terraced rice paddies.
There are many terraced fields in regions all over the world. In Korea, in the Yunnan–Guizhou Plateau of China, in Vietnam, Thailand, Nepal, the Philippines, Java, and the Bali Islands. The author has even seen these in Pakistan. They exist in Iran and Madagascar as well. These terraced rice fields could be called the fruit of farmers’ wisdom and sweat. 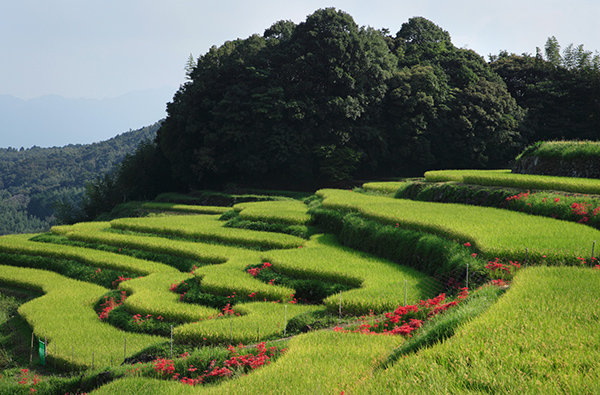