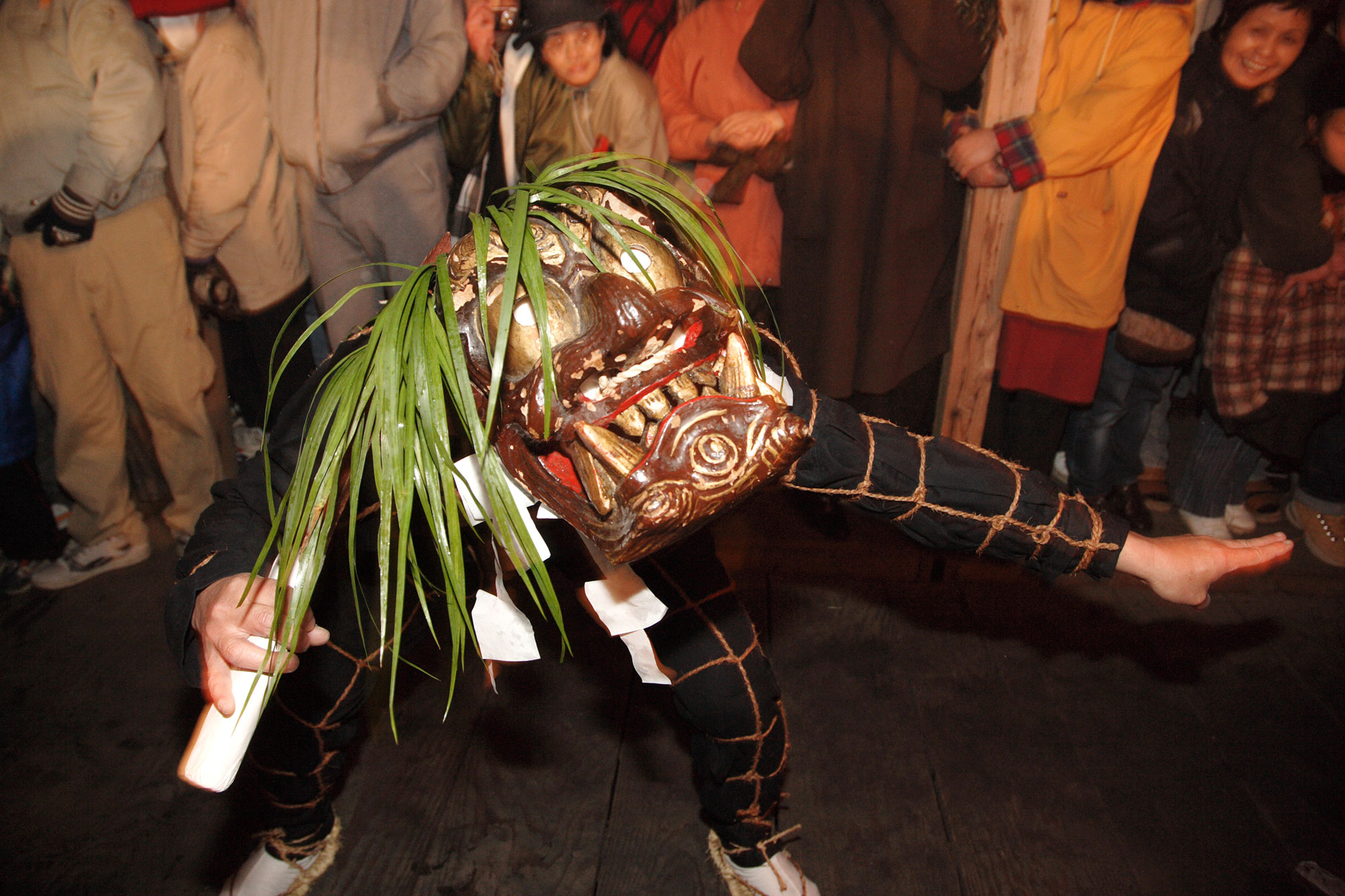 a “Buddha” that Brings Good Luck

Once, demons danced at many temples in Kunisaki and Rokugou Manzan during the Lunar New Year. Now, the Shujou Onie festival is held only at Tennen-ji Temple in Bungotakada on the western side of the peninsula (held annually), and at Joubutsu-ji and Iwato-ji Temples in Kunisaki on the eastern side (alternating each year). All of these are Nationally Designated Important Intangible Folk Cultural Properties.

What image does the word “demon” conjure in the minds of modern people? Curly hairs with horns on the head, a face of red or blue, and a mouth full of fangs. Many Japanese people imagine demons as giants wearing loincloth made from tiger skin and carrying metal bats. A demon is an evil being that we chase out of our homes during Setsubun (lunar new years eve). We imagine they are strong, and that they are the ancestors of human beings or sometimes transformed into monsters through hatred and anger. However, this is not the case with the demons of Rokugou Manzan. Their appearance is frightening, but they are, in fact, incarnations of Fudou Myouou, meaning they are the Buddha himself. They are not to be hated and warded off, but rather welcomed for bringing the spring and good fortune to the peninsula. They bring about peace, good grain harvests, and pleasure for all.

According to records of the temple’s history, this started when Ninmon Bosatsu, who founded Mount Manzan, gathered monks from the 28 major temples of Rokugou at the start of the 8th century to give them the six scrolls of Onie-Shiki (Demon Ceremony). Ever since, the Shujou-e festival has been held to bring about Shinto-Buddhism syncretism in the 60 or so provinces of old Japan.

During the Lunar New Year, many of the major temples across the country host prayer rituals called Shujou-e to start the new year, and the Oni-e is one of these. Although there are many different ways to perform Shujou-e, the Oni-e in Kunisaki adds the magical element of Japanese mountain asceticism for a unique ceremony.

Aptly called Oni-yo (Demon Night) at times, it is mainly held at night. The ceremony starts with a purification ritual, progressing to torch-lighting and recitations, then carrying votive lanterns, climaxing with the appearance of the gentle Bell Demon, the Evil-Warding Demon, and the Wild Demon. This is the “Demon Run” in which flaming demons dance about. Once the demons have been quelled to conclude the festival, it is already late at night.

Once held at all temples, about 100 demon masks currently survive at twenty-odd temples to tell the tale. 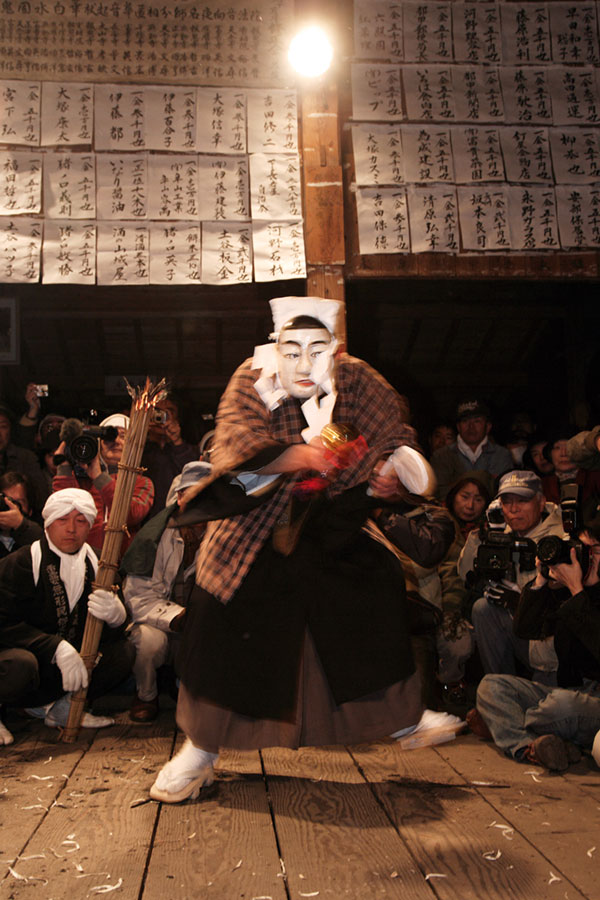