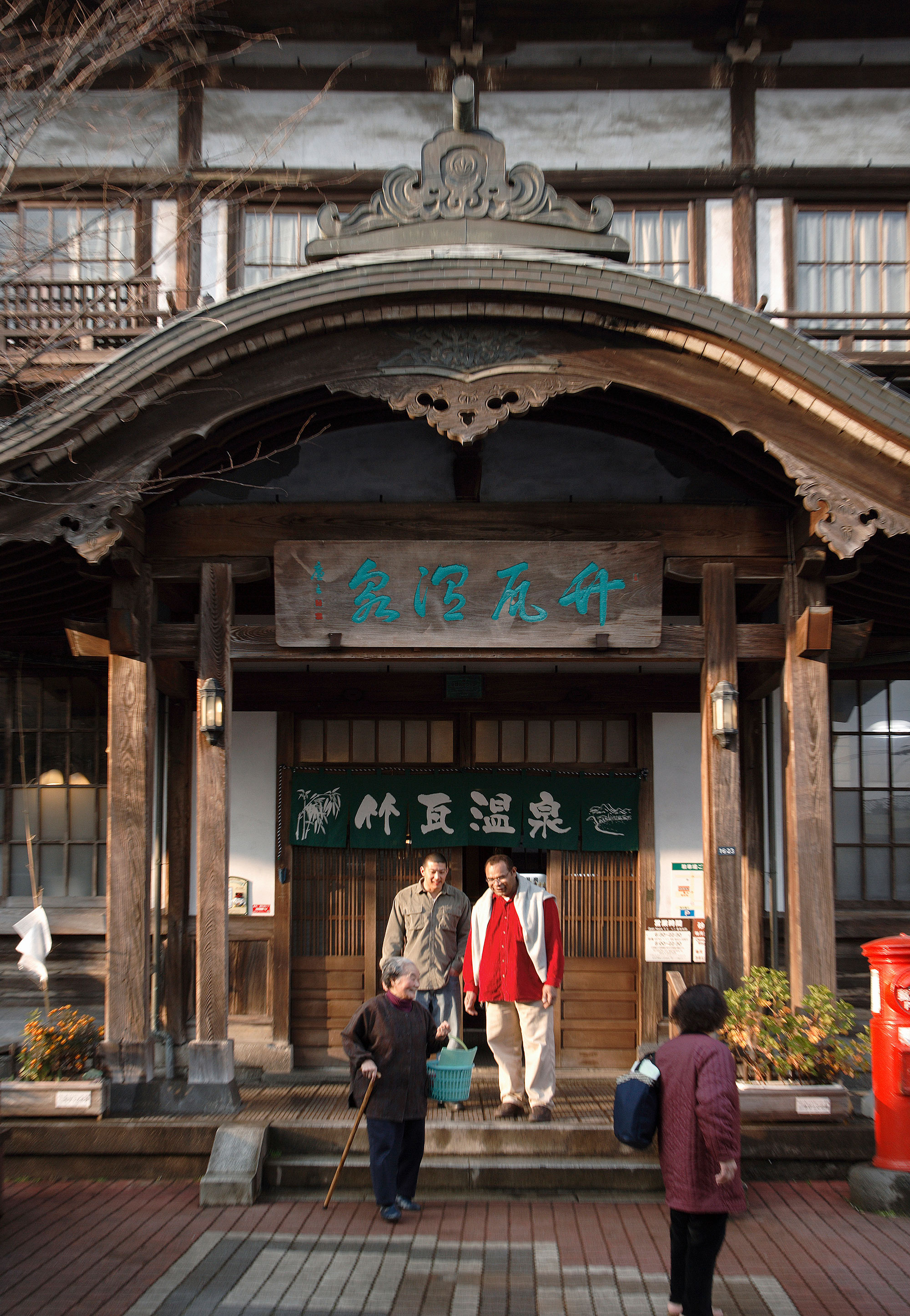 Among the eight hot spring districts of Beppu is the Beppu Hot Spring group, centered around Beppu station. Hotels and inns line the streets and there are many hot springs, but among them, Takegawara Hot Spring, a communal bath run by the City of Beppu, could be called the symbol of Beppu’s hot springs, with its ancient history, spring quality, imposing architecture, and surrounding ambience.
While the hot springs in Beppu have been known since antiquity as Hayami-no-Yu, the village of Beppu relied on natural hot spring water until the Edo Period, when it was still just a rustic fishing village.
What changed all that was the construction of a port. In 1871, the former Beppu Port was built near the estuary of Nagare River. Using the Seto Inland Sea, the port served as a maritime gateway not only for Beppu, but for Oita Prefecture and Eastern Kyushu. People and goods came together and dispersed, a shopping alley lined with streetlights was created, and before long, the fishing village became a hot spring resort town.
Around that time, local people built tubs and bath huts to enjoy the hot water gushing forth near the coast. The roofs of these were made from tiles of split bamboo cut from the mountains. These were crude, but the spring quality was high and gained a reputation for its effectiveness, and came to be called Takengawaran-Yu (“Bamboo Tile Hot Spring”). It was 1879, and the history of Takegawara Hot Springs had begun.
Later, Beppu Station opened through railway construction at the end of the Meiji Period, and the area became increasingly lively. The village turned into a town, then to a city. Takegawara Hot Springs gradually grew larger with several renovations during the Meiji and the Taisho periods, and reached its current form in 1938.
These municipal hot springs, from the Taisho to the early Showa period, often had rather unique architecture, and the bamboo tiles are representative of this. The main building, with its ever-changing gabled pent roof, and the entrance with cusped gable roof. Along with its solemn, high-class exterior, the interior contains many baths, including a sand bath, as well as a hall on the first floor and a banquet hall on the second. One might wonder if this is really the kind of architecture for a hot spring. After your bath, take a stroll through the back alleys. You’ll feel as though you’ve gone backward in time. What’s more, there are people there. You won’t want to miss the activities of Beppu Hattou Takegawara Club, a group that loves the neighborhood and interacts with tourists. 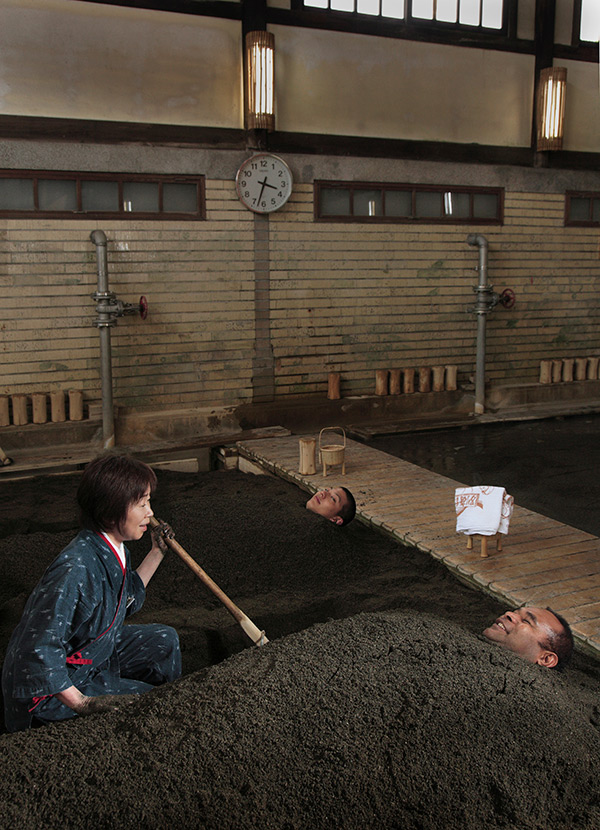 Everyone feels harmony together in the sand bath, even those of different nationalities. It washes away any fatigue as well.