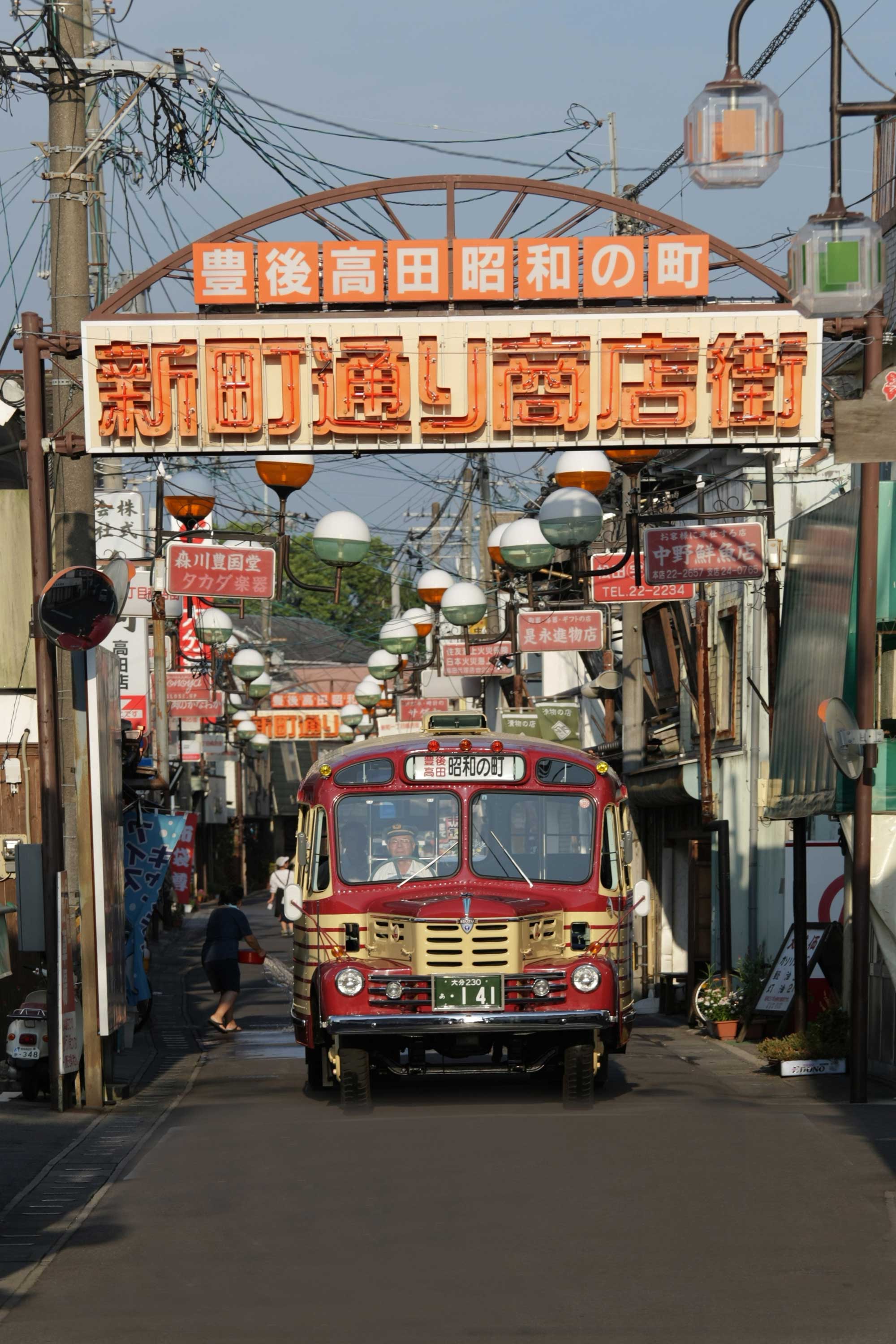 Showa Town comprises the shopping alleys of central Bungotakada, including the Central Street, Shinmachi, and the Station Street. The streets are nearly 500 meters long. Here stand many old shops and houses recreating the “Showa days of yore,” and the streets are always crowded with throngs of shoppers and tourists.

Bungotakada was developed geographically as a gateway town. It was at the intersection of the way from inland to the Kunisaki Peninsula from south to north, the road from Buzen to Bungo in the west to east, and a road leading from the eastern part of the peninsula to Kitsuki. The sea route passing from Suounada to the Seto Inland Sea made this an important port. Culturally speaking, it was a “village of Shinto and Buddhism” linking together Usa Hachiman and Rokugou Manzan.

The shopping alleys flourished throughout each era, reaching its most recent golden age during the Showa period in the 1950s and 60s. However, from the latter half of the Showa period into the beginning of the Heisei period (the late 1960s through the early 1990s), large stores popped up in the suburbs and depopulation progressed, and the town gradually began to decay. Thus, there are few new buildings, and even today old buildings account for 70% of the town.

Most regional revitalization efforts in Oita making use of old townscape utilize Edo period towns. For example, there are the “Imperial Town,” “Historical Road,” and “Castle Town.” However, during the Edo period Takada was an enclave of the Shimabara Clan, and while there were camps, there were no castles. The idea of creating a “Showa Town” came from the idea of recreating the “good old days” of the Showa period.

This town is now known nationwide for its joint public and private efforts following the Central City Revitalization Basic Policy. Old buildings were brought back to life, helping to revitalize merchants, products, and history.

There are permanent exhibitions such as the Showa Romance Warehouse, as well as picture story shows on the street corners. You may see an old bonnet bus driving through the streets, and find old-fashioned candy and Golden Bat cigarettes for sale. The “Three Sacred Treasures” (the refrigerator, washing machine, and black-and-white television) stand there as well.

Behind these streets are the timeless confidence and pride of Takada merchants. 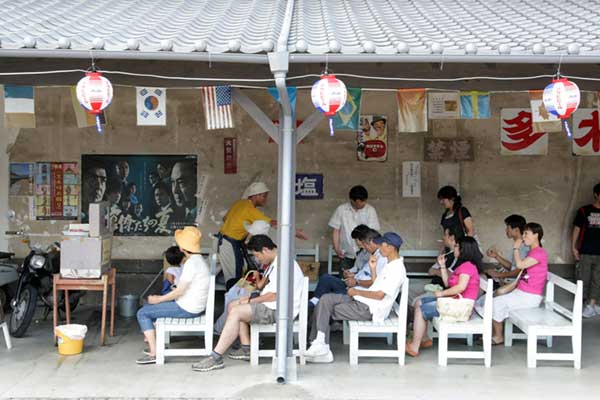 Picture story shows are held on the street corners as well.