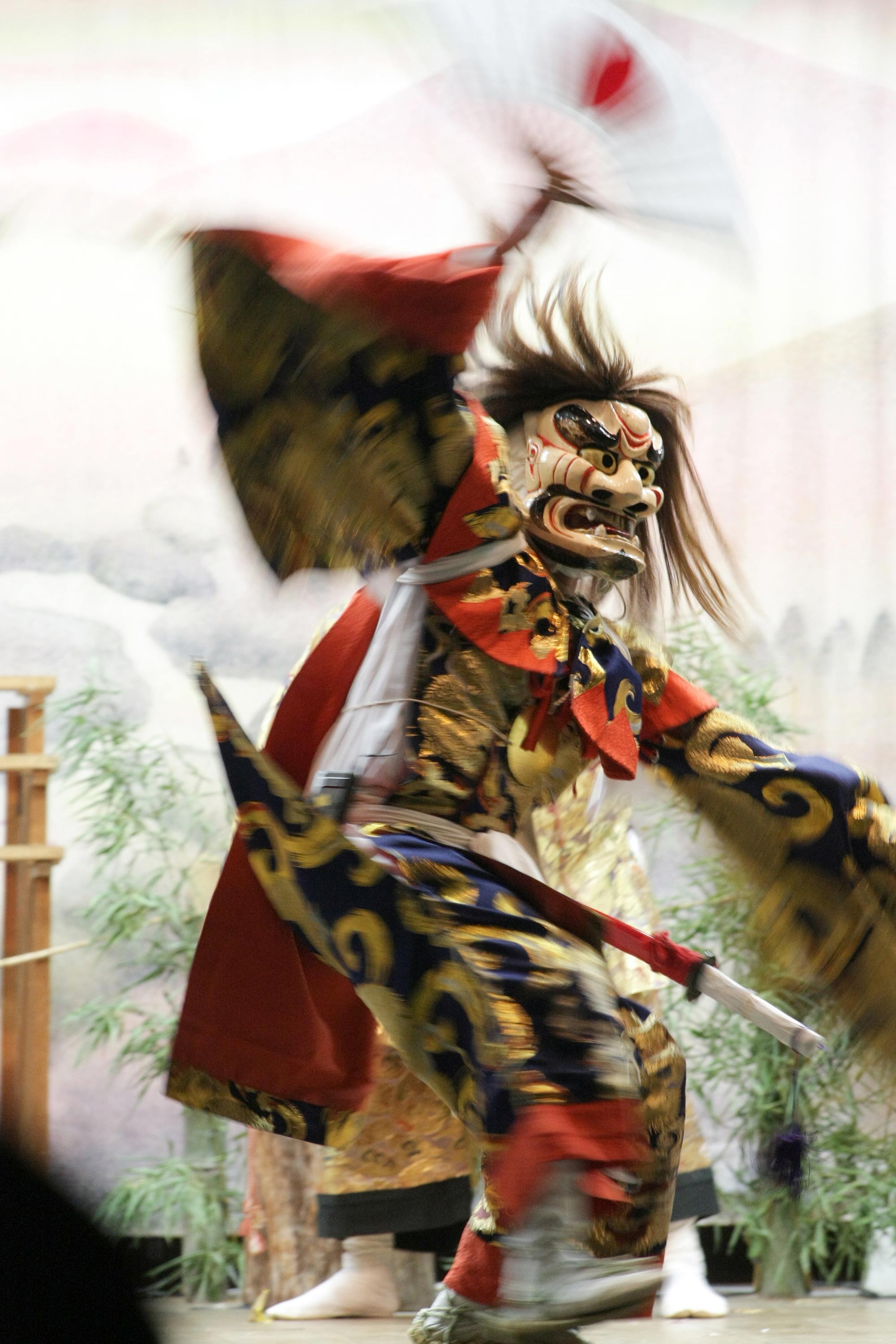 Traditional Dance Passed Down Through Generations

There are a lot of Kagura traditions in Oita, and it is said to be roughly divided into two types. One is Torimono Kagura, the other is called Iwato Kagura. The former is rather quiet Kagura with no facial mask, and the dance is performed with coins, bells, and fans in hands. The latter is considered more dramatic, with the facial mask and stories based on myths. Each style of Kagura has its own branches, and Shounai Kagura is said to belong to the Izumo branch of the latter.
The record says Shounai Kagura started with farmers praying for abundant harvest, then dedicating to the shrine as gratitude for the harvest during the end of Edo to the beginning of Meiji period.
However, the history of Japanese Kagura itself goes back even further. It was originally danced by the Shinto priests as an event for the gods. But there is a limited number of Shinto priests. Therefore, several priests from different shrines gathered in one shrine for the festival and dedicated the Kagura, creating the liveliness of the festival and made the event more entertaining for the devotees, as well as having more of the theatrical elements.
When these are considered “too much,” some feudal domains restricted such activities, and going into Meiji era, the government prohibited Kagura performed by the Shinto priests. Since then, Kagura was reborn as Kagura of the village, where common people danced.
Shounai Kagura probably has followed a similar course. Now, there are 12 Kaguraza theaters in Shounai, Yufu, put together by the chair committee. The Kagura Hall is set up in the General Sports Park, where hundreds of visitors from around the city gather for their regular performances held almost every month. The program has a total of 34 works. From the renowned Iwato Biraki (Opening up of the cave entrance), Orochi Taiji (Subjugation of the Demon Serpent) and Shibahiki to Kunitsukasa and Taiheiraku. Many of these are dramatic and the story develops fast, attracting the audience of all ages.
The tradition is certainly passed down onto the younger generation. Yufu High School has the Local Performing Art Club, which sometimes collaborates with some jazz, and children from elementary and junior high schools join the performance in children’s kagura. The rhythms of drums, flute, and dance will lead to development of the community, together with the Kaguraza theater settled firmly on this land. 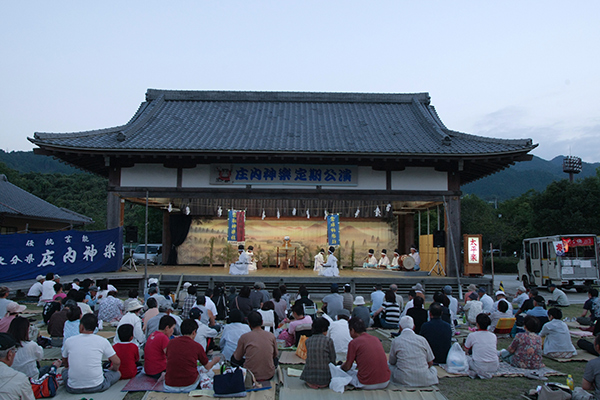 The regular performance is held almost every month at Kagura hall.