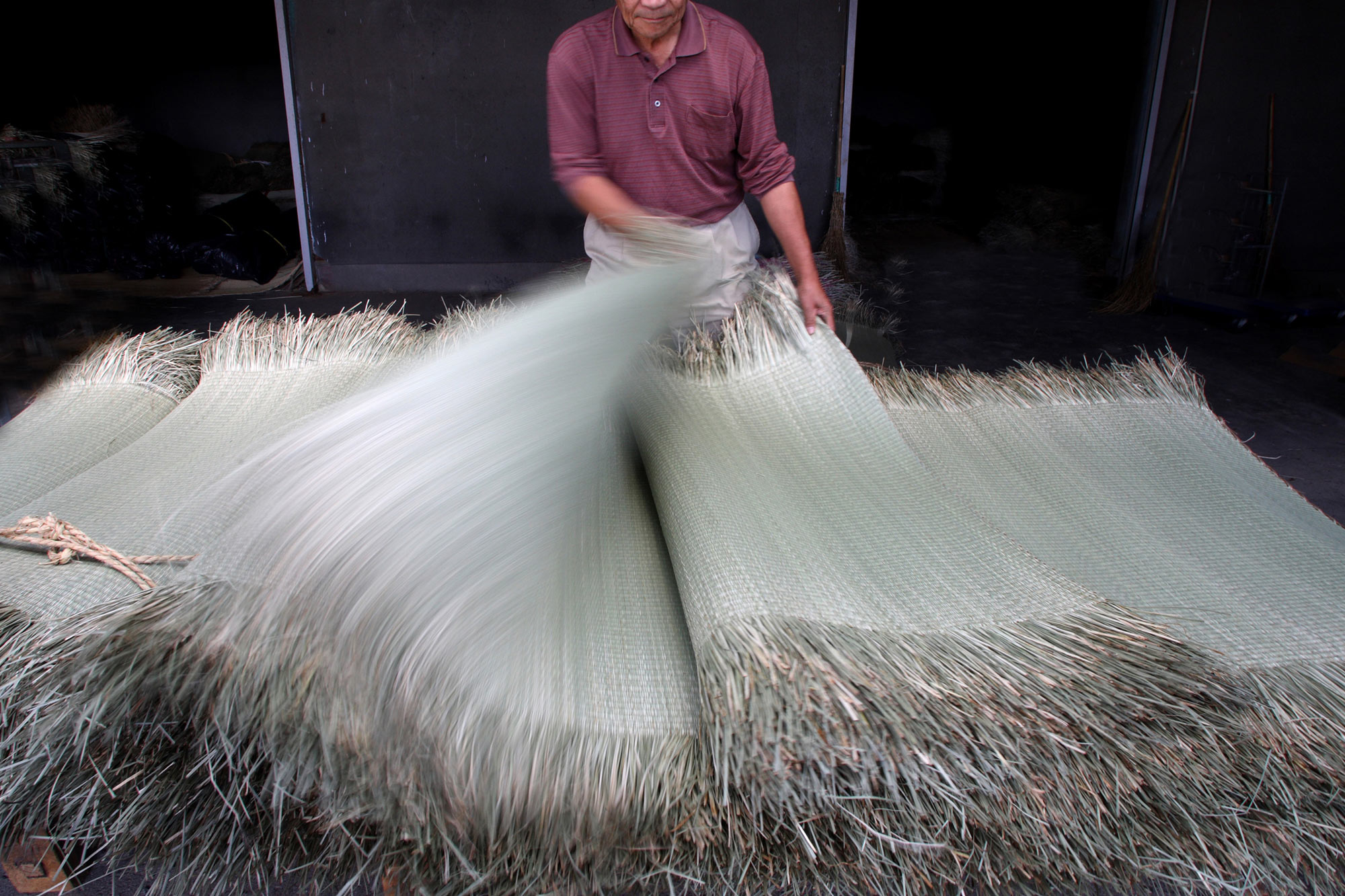 Shichitou means importation from the Tokara Islands. Matgrass refers to rush, a kind of grass used in mats. Long ago this grass was brought to Bungo and processed into tatami and woven mats, and was famous nationwide from the early modern to the modern period as Bungo-omote or Ao-omote. This grass grows fast, planted in early summer and harvested in midsummer.

Matgrass has originally grown in each area across Japan and it was used to make mats. It was cultivated as demand grew, and grasses such as Bingo-omote appeared. It could also be used as wicks for lanterns, and thus was also called wick grass.

In contrast, the grass used for Bungo-omote itself was strong, durable, and moisture-absorbing, and so was loved by the public, with demand so high that it monopolized the national market as a specialty product of the eastern Kunisaki peninsula and the prefecture. During the Edo period, Nagatsune Okura, an agriculturalist from Hita, wrote in Koueki Kokusan-Kou that, “In Kinai and Kanto, this mat is also called Bungo Blue Mat.”

There were two routes by which Shichitou Matgrass entered Bungo. Both happened in the 17th century. The first was when people from Satsuma visiting Tsurunari Kinzan of the Hiji Clan (Yamaga, Kitsuki) saw the mats being used, offered it to the clan lord under command of the magistrate of Kinzan, and those dispatched to Satsuma brought back grass seedlings and technology, later spreading these throughout the Kitsuki Clan. The other route was when Oita traders travelling to Ryukyu crashed or drifted to Tokara, filled their containers with the matgrass they found, and brought these back to the prefecture.

Though Bungo-omote was under strict control as a monopoly of the Kitsuki, Hiji, and other clans of Oita, it came to be distributed around Edo and eventually took the country by storm particularly due to its thorough quality control. It is said that there was a big commotion whenever the grass mats were dispatched at each clan’s ports. At the castle ruins in Kitsuki and Miyoshi in Oita, there are even shrines related to this grass.

From the Edo period to modern times, the popularity of Bungo-omote has risen and fallen, and twisted and turned, but has continued to the present day. Even during the postwar period, it accounted for 80% of national mat production for a time. Recently, as demands diminished with changes in homebuilding styles, new crafts are being made to revive the declining Shichitou Matgrass industry. 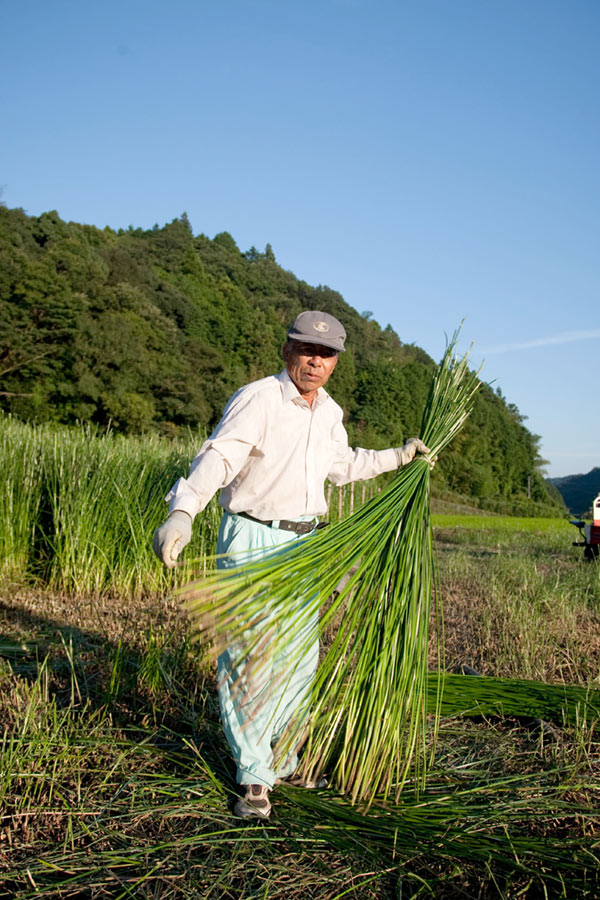 The grass grows fast, planted in early summer and harvested in midsummer.