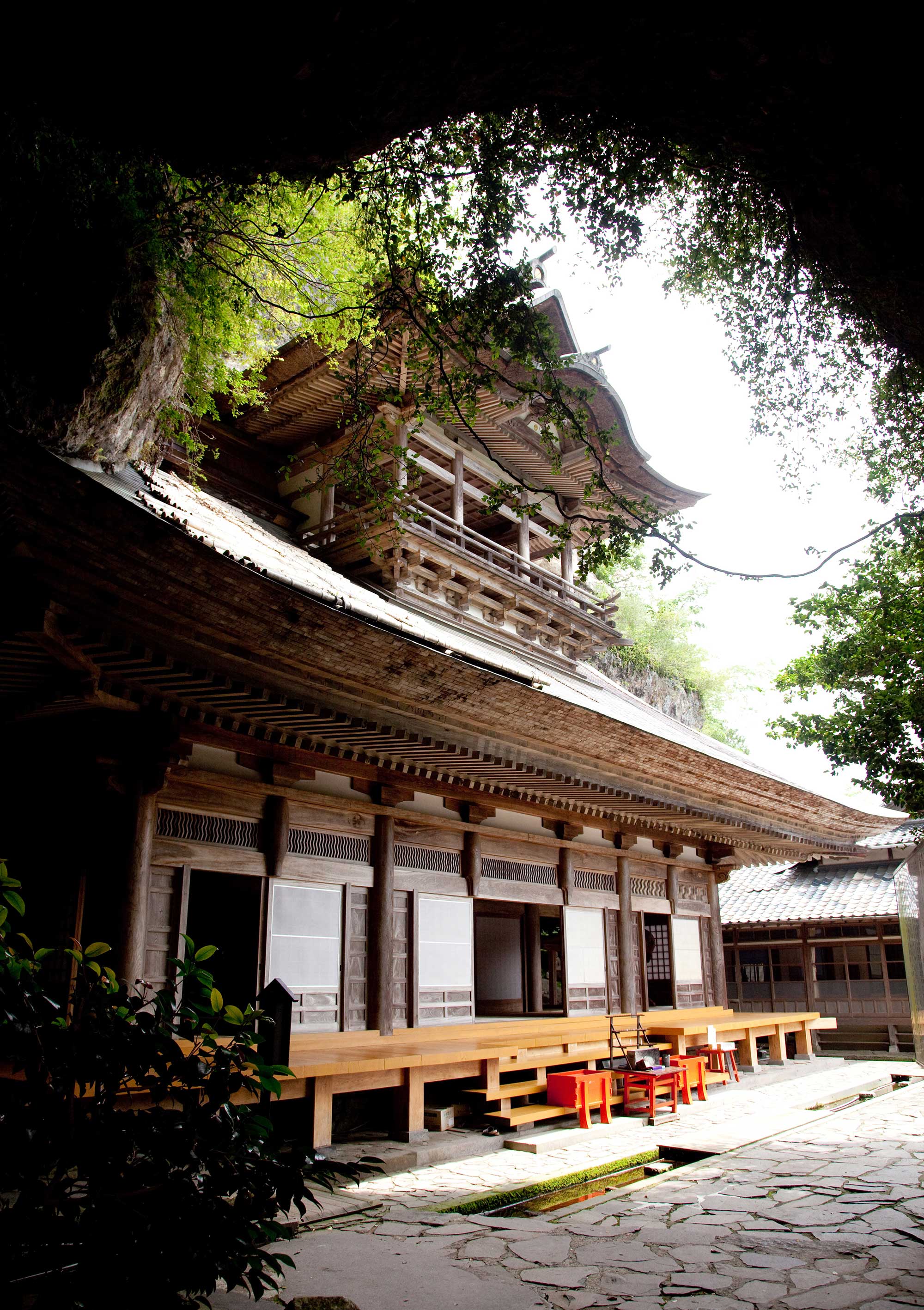 Go upstream a little from Kyoushu Peak and Ao-no-Doumon Tunnel, bases of tourism in the main Yabakei Valley, and enter Atoda River, a tributary of Yamakuni River, to find Rakan-ji Temple. In terms of sightseeing, it often comes in a set.

Called the “Buddhist Cave of Chinzei Rakan,” this temple is built midway up a steep rock wall, and has managed to keep the traditional Light of Buddhism to welcome throngs of visitors that remain unchanged throughout time. Words used even today, “Hiko, Raka, Usa” speak of the pilgrimage to the hallowed grounds of Mount Hiko, Rakan-ji Temple, and Usa Shrine.

According to legend, this holy ground began in 645 as a cave hermitage for the Indian monk Houdou Sennin. The nearly 3,700 arhat (one who has attained nirvana) statues housed in Muro Cave are said to have been carved in 1337 by the visiting Zen monk Shougaku along with the Chinese Monk Shunjian. The countless rice scoops big and small are instilled with the prayers of worshippers.

Along with Muro Cave, the imposing presence of Ryounkaku overwhelms visitors. According to legend, when Sourin Otomo burned down temples and shrines, Rakan-ji Temple was also mobbed by soldiers carrying torches. However, an enormous serpent on the roof of the temple blocked the attacking army. When they tried to shoot it, tremendous lightning bolts and thunder protected the temple.

At the foot of the mountain entrance is the tomb of Zenkai, the monk who dug Ao-no-Doumon tunnel, as well as a Zenkai Hall that preserves the chisel and mallet he used to dig. While there is a lift to the temple nearby, you’ll want to try the traditional approach to the temple either going up or down. Walk along the cobblestone leading through a cedar grove, where the temple gates and stone towers speak of the style of this ancient temple.

In front of the temple gate is Fururakan, a rocky ridge above the fields that extends like a folding screen. On the rock wall directly below the summit remains Buddhist statues, stone towers, and the ruins of a temple hall that once stood there.

Note that, on the sandbar nearby Atoda River is the Yabakei Museum, where you can see historical documents and cultural items of Yabakei Valley, as well as Doumeki Falls upstream. 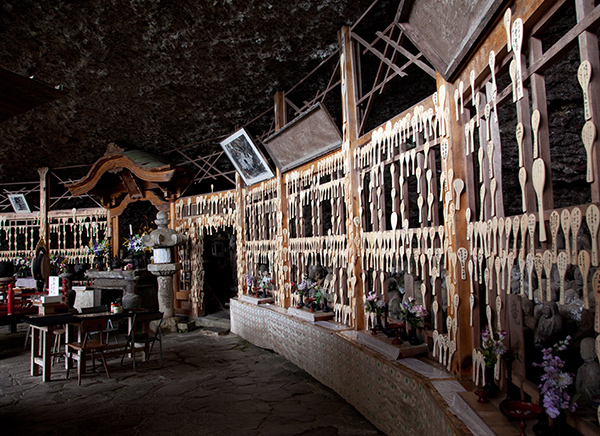 The countless rice scoops big and small are instilled with the prayers of worshippers.