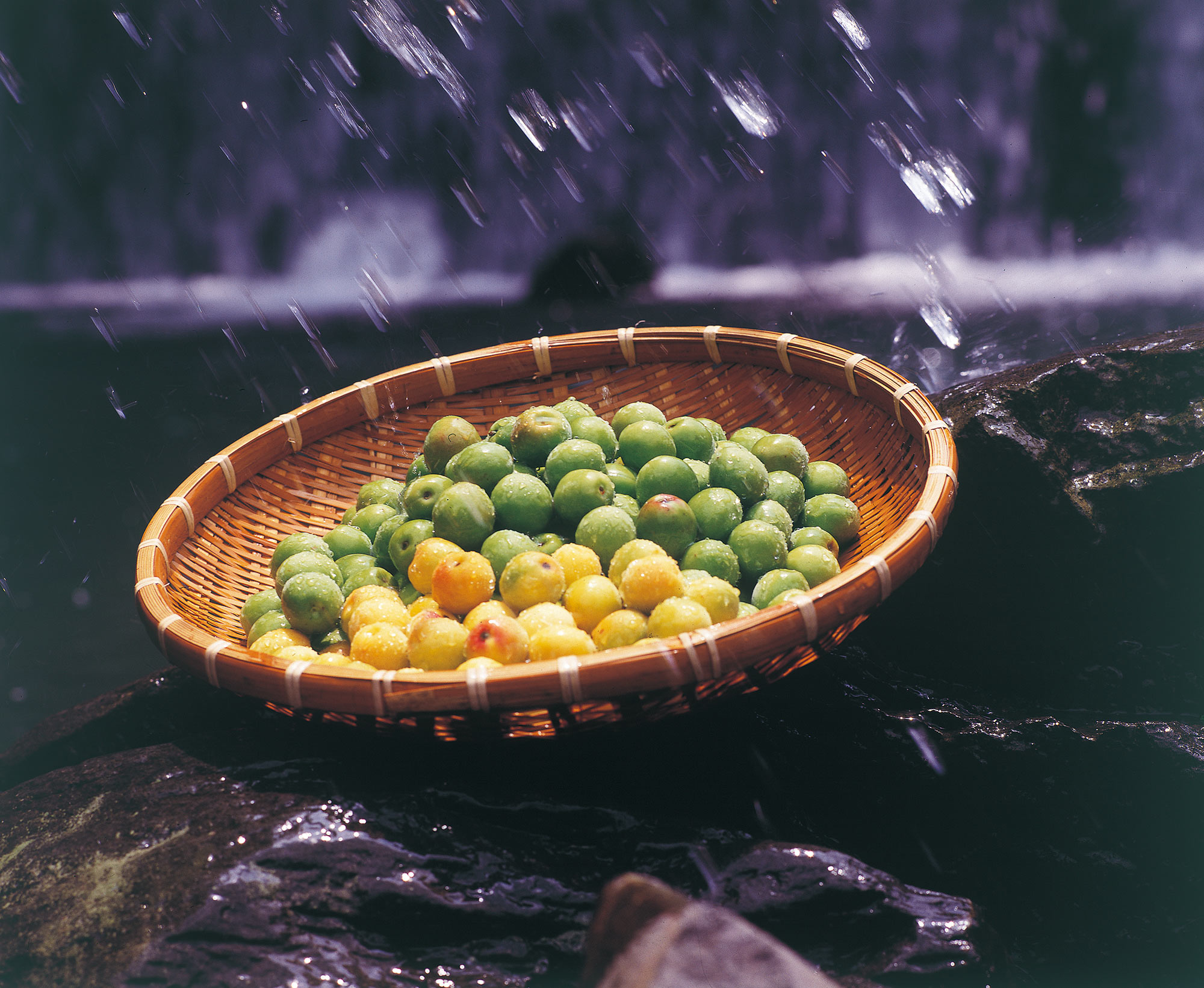 Plum of Oyama and Okusankichi Pear of Hita

The plums in Oyama, Hita are ripening and it’s just about time to harvest. And pear flowers are in bloom in the western part of Hita. The earlier ones in greenhouses will be ready to ship in early July.
It has been a little less than half a century since Oyama started the NPC movement, which is “New Plum and Chestnut” movement, with the slogan of “Let’s grow some plums and chestnuts then go to Hawaii,” and today the “Plum of Oyama” brand is known across the country.
Although Oyama is close to the Hita basin, most of the area is mountains and forests, with very small cultivated land. Even when Hita was prospering as the land of the Shogun, they could not rely on “rice economy,” or paddy field agriculture, so they had to grow other crops for money or collect some wild vegetables to bring into the town of Hita for living.
And now, when the society saw the limit in rice farming, the area quickly shifted back to growing various other crops. Among them, plums and chestnuts are what they focused on the most. They even saved on the budget for public facilities and road construction to buy the seedlings to plant.
This unique project did not end with just the agriculture and forestry, but also turned into an original community development, pioneering similar movements nationwide. In recent years, with more variety in the crops, they set up direct retail shops called “Konohana Garten” where you can see the faces of the farmers who make the crops, and other facilities like “Hibiki no Sato” are also available, making their activities even more vibrant.
On the other hand, the history of Hita Pears goes back for a long time. Towards the end of Meiji about 100 years ago, starting with Choujurou and Okusankichi planted in the Seki area, the pear orchard spread widely to Nishiarita, Takase and Gowa, during Taisho period.
After the World War II, unions and research organizations actively worked on construction of shipping and distribution centers, and the sales channel expanded further, from originally going out to Kurume with carriages, now to the entirety of Kyushu. In the 21st century, they even started exporting to China.
They also offer varieties: Kousui, 20th Century, Housui, Shinkou, and Okusankichi – pears from Hita throughout the four seasons are delivered to consumers. 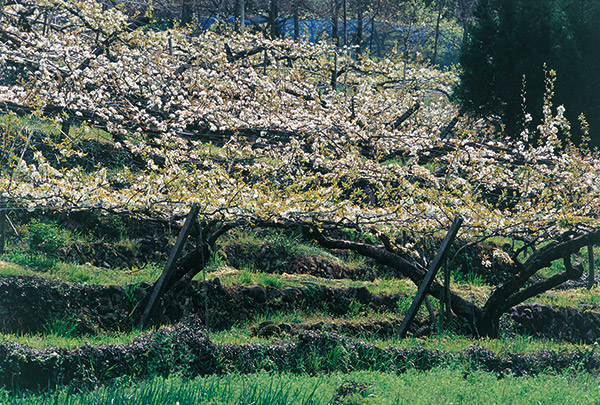 Pear blossoms in full bloom in the orchard.