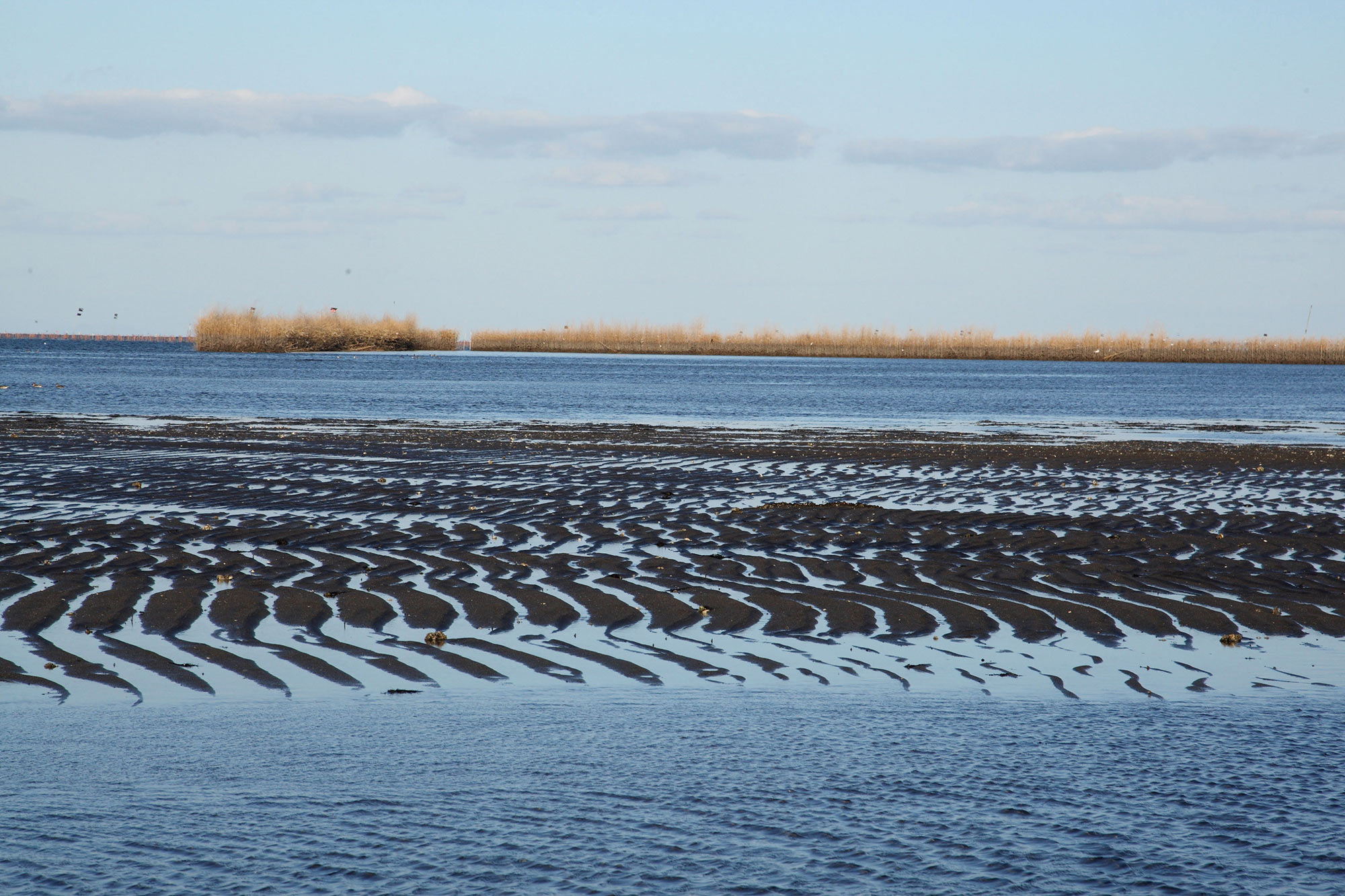 the Cradle of Life

The coastline Suounada spanning Oita and Fukuoka, that is, the area between Kanmon Strait in the Buzen Sea and the base of Kunisaki Peninsula, is interspersed with vast tidal flats. In the center is Nakatsu Tidal Flat, boasting one of the largest areas in Japan next to the Ariake Sea.

A total of 10 kilometers of coastline on both sides of the port of Nakatsu with an area of about 1,350 hectares. The reclaimed land of Oshinden (Big New Paddies) behind it is protected by a windbreak forest, and off the coast of this forest tidal flats stretching two kilometers, or even three kilometers depending on the location, appear during low tides. Looking from the beach, one feels that these tidal flats stretch all the way to the horizon.

There is sandy soil and mud, creating a salty marsh of mixed mud, sand, and pebbles. Some places are easy to walk, while in some places your feet sink into the mud. Which means, there are diverse environments here. Likewise, the ecology is also diverse. According to research by the NPO Nakatsu Waterfront Conservation Association, there are around 500 species, 40% of which are endangered.

There are a variety of shellfish, as well as horseshoe crabs, blue whiting, and lancelet. Birds such as masked lapwing and bar-tailed godwit also fly here. The marshes become good fishing grounds, also supporting human life since prehistoric times.

Tidal flats are sometimes called the “forest of the sea,” and the Waterfront Conservation Association has even coined the term “sealands” as opposed to woodlands, while the Ministry of the Environment has created the Sealand Creation Support Project, designating these tidal flats as one of four locations nationwide.

The activities of the association aim to teach citizens about the joy and abundance of the sea, starting with getting children to play in the tidal flats. Activities such as cleaning and observation were done by volunteers, but fishermen eventually joined, helping to restore traditional dry fishing using bamboo. Recently, enterprises and governments have joined to help broaden and develop the movement toward harmony with nature. 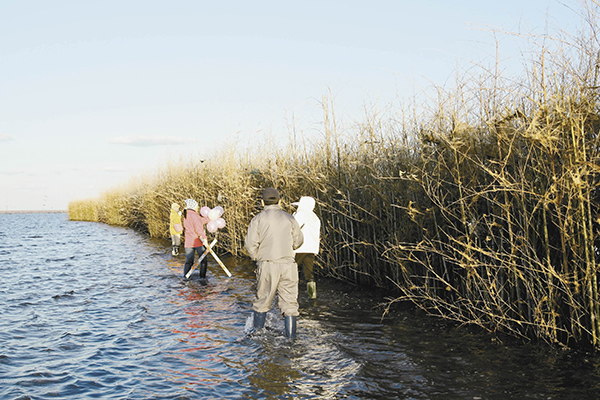