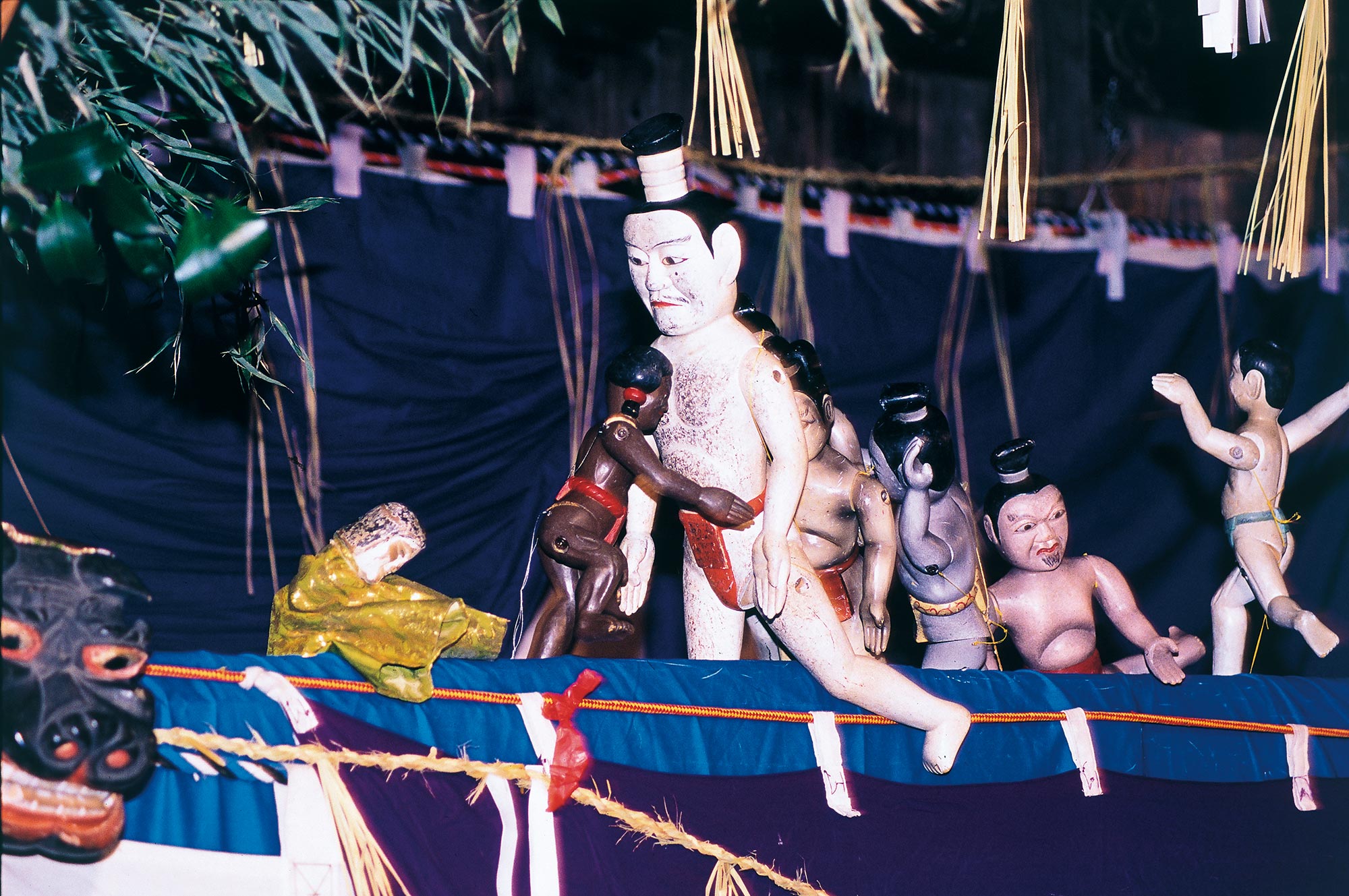 a Traditional Dance Throughout the Ages

At Harada Shrine in Kitabaru, Nakatsu, a puppet show is performed every year at the start of February as an event at Mannengan. At Koyou Shrine in Itoda, also within the same city, Koyoumai and Kamizumou, a dance and sumo wrestling show performed by puppets, is held once every three years in October, and has been designated a Nationally Designated Important Intangible Folk Cultural Property.

Legend has it that the foundation of Kitabaru Puppet Theater involved Tokiyori Houjou, regent to the Kamakura Shogunate. When Tokiyori came to Kitabaru during his patrol of the different lands, he became ill, and was nursed back to health by the villagers. To celebrate his full recovery, the people danced and put on puppet shows, which delighted Tokiyori so much that he said, “You shall earn your living dancing.”

Characteristic of Kitabaru theater is the “Scissor Handler,” in which one person controls the puppet, in addition to the “three handlers,” which is the usual way the puppets are handled. This is extremely rare, even nationwide.

In Mannengan, an event praying for health and longevity, there are performances of Taikouki (“Good Deeds”) and Date Musume Koi No Higanoko (“The Greengrocer’s Daughter”) by the Preservation Society as well as Keisei Awa no Naruto (“The Courtesan of Naruto in Awa Province”) by children from the local Miho Elementary School, creating a huge stir on the day of the event.

The tradition of puppeteering at Koyou is old. During an uprising in southern Kyushu during the Nara period, Usa Jingu Shrine was deployed to help quell the resistance, attacking the opposition who were fascinated by puppet shows on the battlefield. Ever since, this puppet dance is performed to console the spirits of these insurgents.

The puppets are very simple with only one moving foot and two moving hands. 26 puppets appear on stage for the dance, and 12 appear each on the East and West sides for sumo wrestling. While the sumo wrestling starts with the East and West camps taking turns winning, the East has consecutive wins midway through, then finally Sumiyoshi no Mikoto of the West defeats the entire Eastern camp.

The puppets are adorably made, and their movements are simple and humorous, yet somehow it seems solemn. It is understandable, as the puppets themselves are gods.

Kitabaru and Koyou are villages with deep ties to Usa Jingu Shrine and Komo Hachiman Shrine, and it seems this performing art came from those serving the shrine or those involved in transportation. This is called a “sansho” (scattered shrine). These existed all over until the Edo period, and theaters such as Sansho Theater in Bungotakada and the kabuki theater in Kitsuki are famous as well. 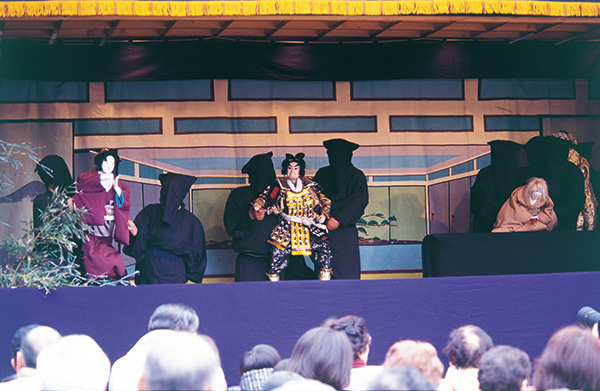 Kitabaru puppet theater is thought to have delighted Tokiyori Houjou.