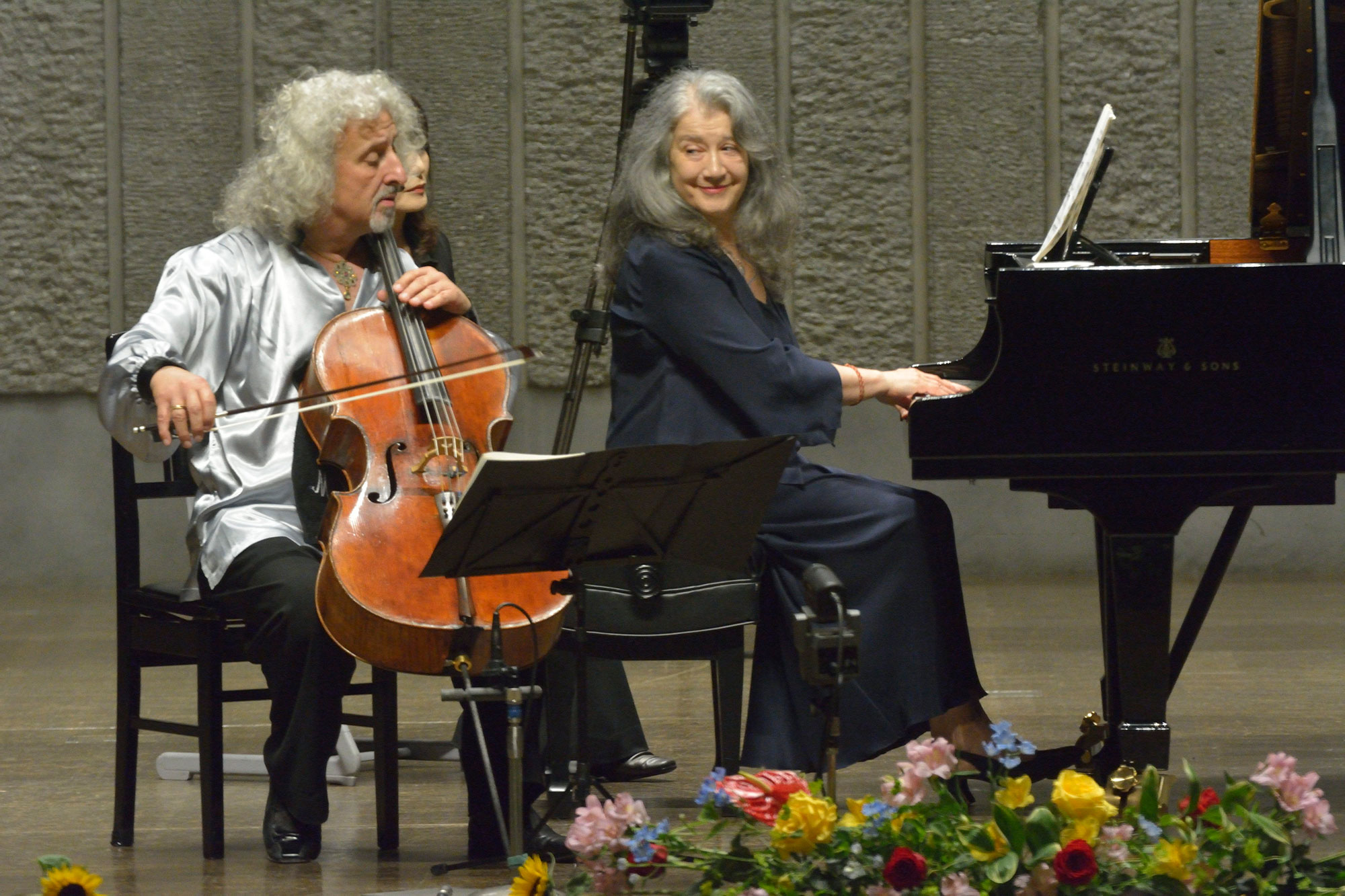 a Model of Cultural Dissemination

To welcome the international pianist Martha Argerich, the city of Beppu hosts the MUSIC FESTIVAL Argerich’s Meeting Point in Beppu under her direction. Classical music fans nationwide enjoy performances by musicians leading the world music scene.
This music festival started in 1998. The purpose of this event is to create a homemade music festival where citizens of Beppu and Oita Prefecture can participate, and to create a distinct music culture in the area while promoting international goodwill through music and disseminating information worldwide.
It is also to have children, the next generation, listen to world-class music, help foster young musicians, and provide an opportunity for both the elderly and children to enjoy music together. Furthermore, it creates, nurtures, and supports a place for students to meet Argerich and the world’s leading musicians.
Director Martha Argerich was born in Buenos Aires, Argentina. She began learning piano at the age of five and was called a prodigy, and debuted at the age of eight playing the piano concertos of Mozart and Beethoven. She began performing all over Europe, and received global acclaim when she won the International Chopin Piano Competition of 1965.
She first came to Beppu in 1994. She became an honorary music director at Beacon Plaza Philharmonia Hall, and in the following year achieved her first solo recital in ten years, creating a stir.
Playing a big part in all this was her friend and pianist from Oita, general producer Kyouko Itou.
Argerich is an honorary foreign citizen of Oita Prefecture. All kinds of things have happened at this music festival. Its weak organizational base was one of the reasons for this. The Argerich Arts Foundation was created as an incorporated foundation to help solve this. In 2015, donations from the foundation’s honorary director Masakazu Shiiki (resident of Fukuoka Prefecture) created Shiiki presents Argerich’s Haus. This small hall (150 seats) near Beacon Plaza serves as a base connecting the history of the musical festival to its future.
Producer Itou, one of the creators of this music festival, has praised it as having “created an ‘Oita Model’ that has a huge impact on art and culture policies of local governments nationwide.” 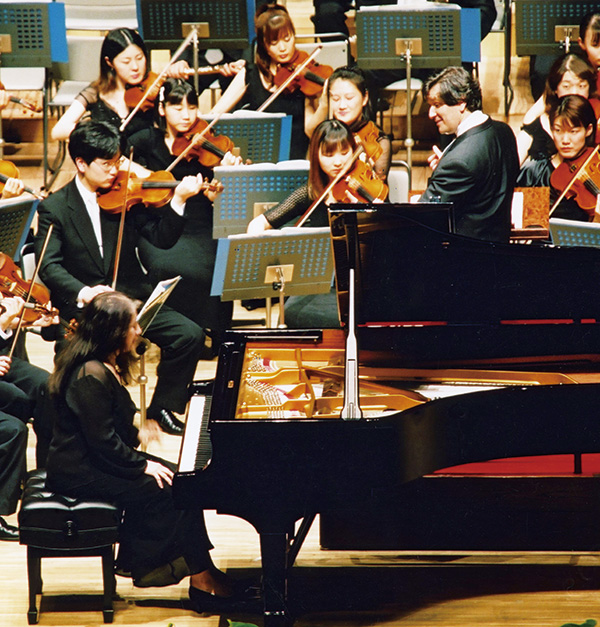 Antonio Pappano, conducting at the 6th Music Festival in 2004 (Music Director at the Royal Opera House Covent Garden in the U.K.)