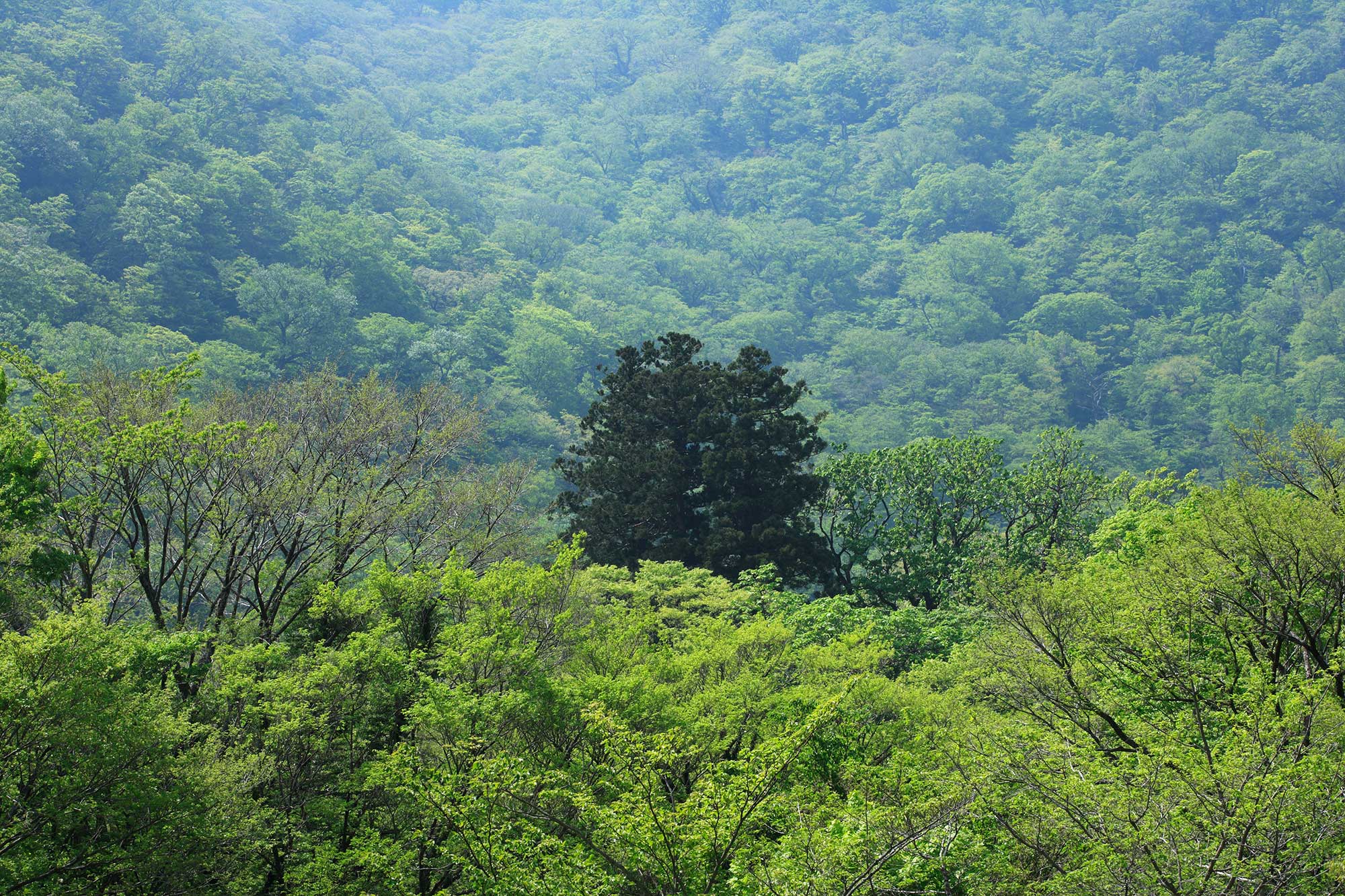 There is a mountain covered with deep native forest on the east end of the Kuju Mountain Range. It looks black from a distance, therefore the name is Mount Kuro (literally “black” in Japanese). It is a composite volcano, with an explosion crater of about 1 kilometer in diameter called “Miikubo.” On the crater wall are five peaks (rocky peak). The highest point is at Takatsuka on the west side (1587 meters). The peak with huge rocks piling up on the east side is called Tengu, and others include Kojinmori and Maetake, which is a little lower.
Kuju Mountain Ridge is generally bright as a lot of these mountains are covered with grass, but this mountain has a darker color, entirely covered with trees. The geological age the mountain was formed is also more recent than other mountains. Due to this, the hollows inside the mountain are said to stand out, some of which the cold wind blows out.
In addition, the presence of trees and hollows creates clear springs at the bottom of the mountain. Oike is famous for its spring water. It has been selected as one of the “Top 100 Remarkable Waters of Japan,” attracting many visitors. Going further on the trail to the wind hole, you can see some hidden water quietly gushing. On the east side of the mountain, there is a mineral spring of milky color, containing carbon dioxide.
You will see many big trees including beech, Japanese Mizunara oak, and maple, covering the overhead once you enter into the natural forest. In the old days, only hunters would go into the forest, and even they were often lost. A hunter lost his way and was taught the way back from a hermit playing the game of go. A year had gone by when he made it back to the village, which was only a day in the mountain. Like this Japanese version of “Rip van Winkle,” many other strange legends are passed on such as those of magical beast horses and giant monkeys.
Hence, for a long time it was feared as the mountain of mystery. In Bungo Kokushi (“Chorography of Bungo”) written during the Edo period, it is referred to as the “god’s mountain,” therefore nearly impossible to climb. It is noted the third lord of the Oka Clan, Hisakiyo Nakagawa, sent people who wished to climb up top but no one succeeded.
In recent years, the trekking route has been much improved, and there is no more chance to encounter any mysterious monsters. During the fresh green season, you will get to see bright rhododendron flowers in the deep woods. 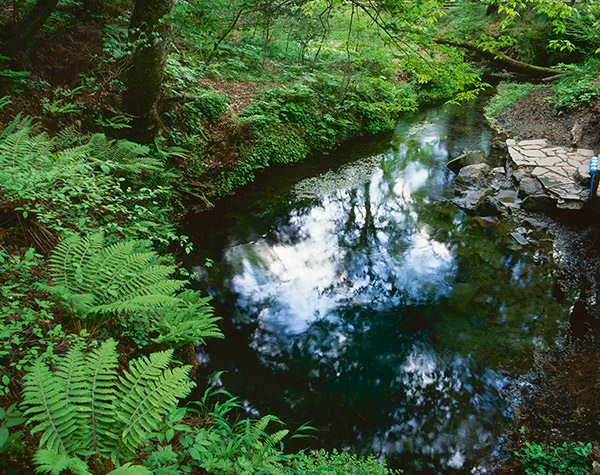 Oike, known for its clear spring water. It has been selected as one of the "Top 100 Remarkable Waters of Japan," attracting many visitors.