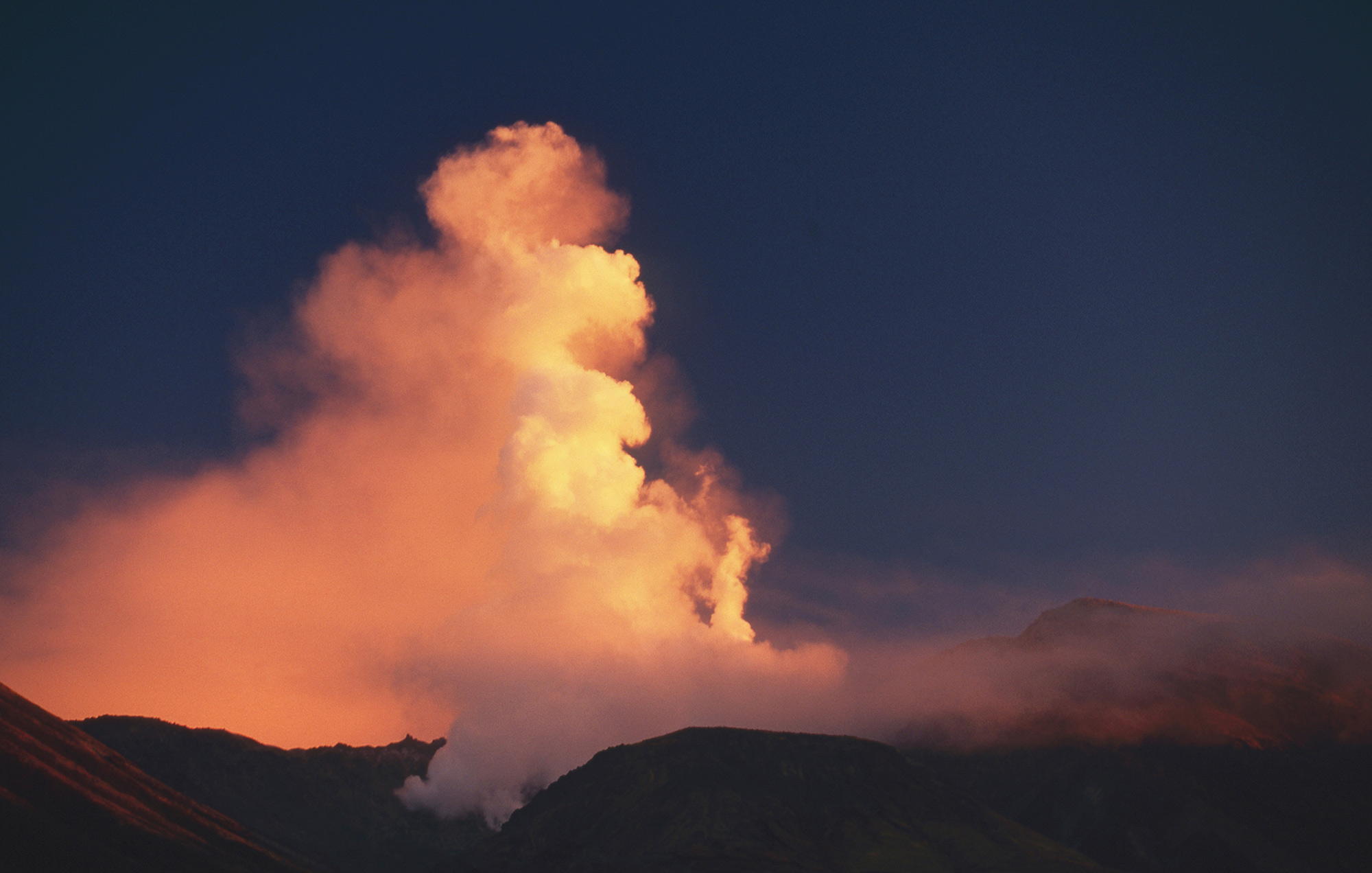 It is the magnificent fumaroles of Mount Iou that proves that the Kuju Mountain Ridge is still strongly established as volcanoes and has intense fire energy stored within. The explosion that occurred in October 1995 showed its power to the modern people. As the record shows, it was a notable activity, being the first volcanic eruption since 257 years ago.
Mount Iou is located on the ridge of the east side of Mount Hosshou, which is an accumulation of rocks centered on the peak of 1580 meters. Although the activity seems to have settled down now, but sulfur-rich fuming gas is always hissed, spreading some bleak landscape. You can see the mountain well from Iida Highlands, where people on the highlands will foresee the weather by the movement of the fuming gas.
Bungo Kokushi (“Chorography of Bungo”) written in the Edo period says the mountain “creates a lot of sulfur and there’s always fire there.” At that time, the mountains were divided into the Shogunate owned land (Iida side), Oka clan owned (Kuju), and Higo clan owned, and a border of which was set just around the Mount Iou. Sulfur is a valuable material. The three parties had their share agreed upon before collecting it, but it is told there were some trouble with violators of the initial agreement. Each territory of the three parties had temples to practice meditation, and there were priests living there. It seems they were also given the role to monitor the boundaries.
It is not clear when the sulfur started to be collected. Some say it was used for Nanban Trade (Trading with Spain and Portugal) by Sourin Otomo, but collecting the material on the full scale began in the Edo period. The first method was “Digging Sulfur,” which was a simple method of literally digging the sulfur from between the rocks. Then the “Kneading Sulfur” method was created. Stones are piled up around the rocks where sulfur was spouting out, covered with straw mat and have the sulfur attached to periodically collect it.
Since the Meiji period, private sector has joined the sulfur mining business, and rapidly increased the volume by the “Induction method” in which the sublimation phase of sulfur is condensed through a flue. The golden age was in the Taisho to Showa period, and there was a road made to transport the sulfur through the Iida Highlands. This became the basis of the Trans Kyushu Road. Now, sulfur mining in full scale is over, but fumarolic gas remains intact. 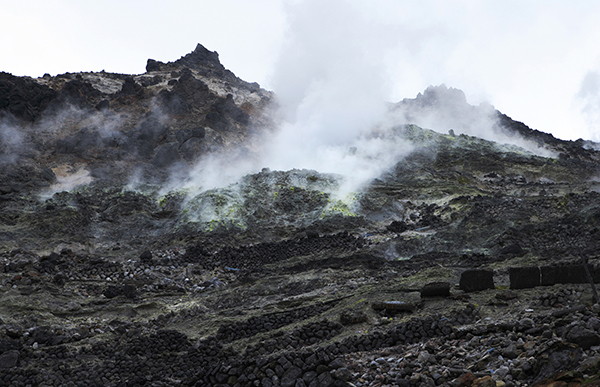 Sulfur mining started in full scale during the Edo period, and is said to have been used in the Nanban trade (trade with Spain and Portugal).