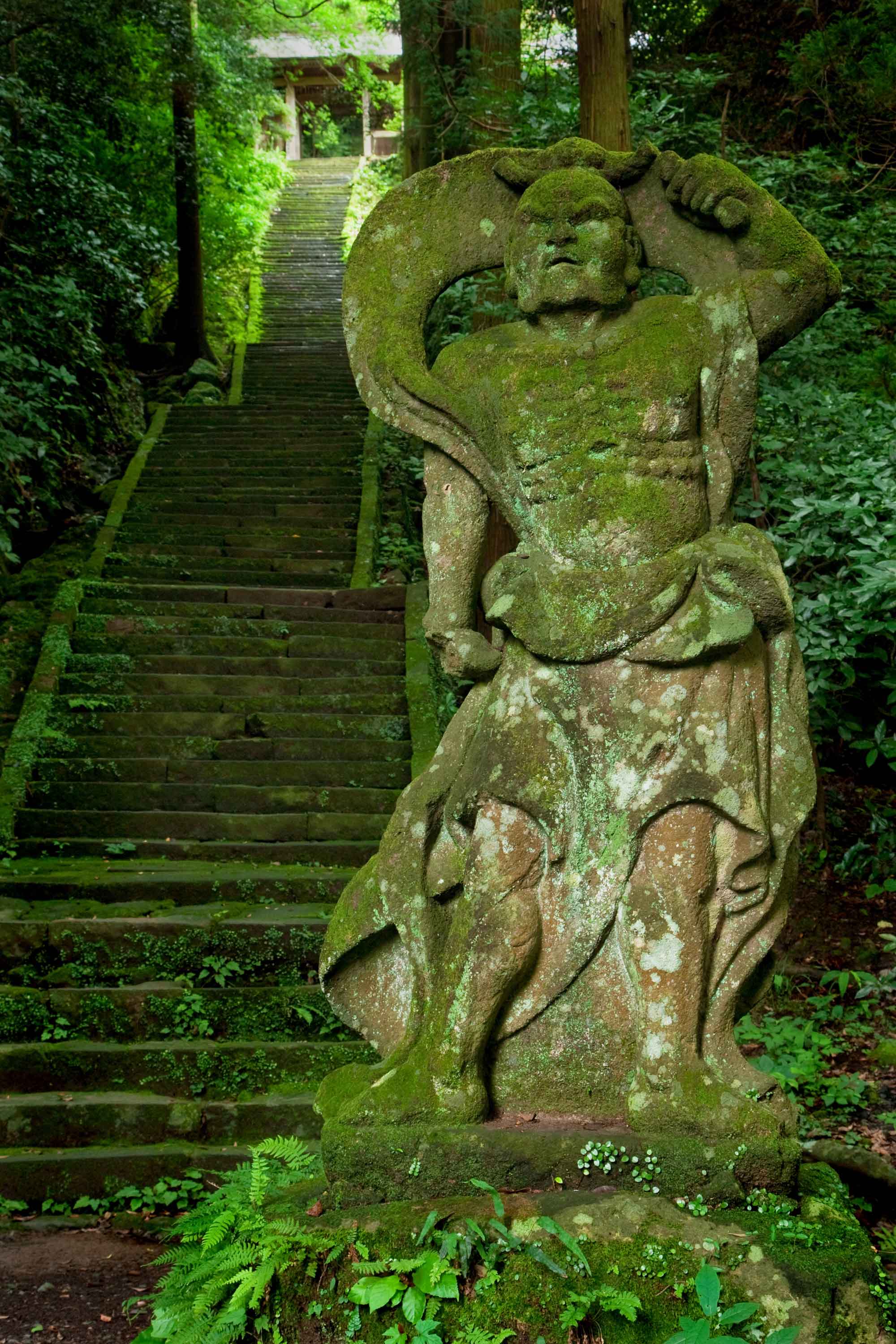 Waters of Wisdom Springing Forth

According to History of Mount Hiko, Ozuno came to the peninsula for training and felt this mountain to be sacred. Afterwards, when he climbed Mount Wutai in China to worship Monju Bodhisattva, the Bodhisattva asked him, “Is there no land like Mount Wutai in Japan?” to which Ozuno replied, “There is, in Kunisaki District in Toyosu.” The bodhisattva said, “Go wait there.” When he returned to Kunisaki, Monju visited him. He immediately built a temple. It is said that this happened in 648.

At the entrance to the promenade where the parking lot is stands an imposing statue of Niou, and when you climb the long staircase, you’ll find a temple gate, reception hall, and a belfry. Within the temple precincts is an eight-meter tall stupa, said to be the largest in Japan, as well as fantastic views of Monju Yaba.

Go further past the temple gate to find Monju Hall behind the main hall, where “Waters of Wisdom” spring forth from the rock cave. Called the “Wisdom of Monju”, it is said that wisdom will be bestowed upon those who take this water, so many visitors come here when taking exams or entering higher education. There is also a long tradition of worshippers coming here first to pray for safe growth when their first child is born.

The principal image, one of the top three Monju images in Japan, is of course seated in the lotus position on the back of a lion. This secret Buddha is opened to the public only during the year of the rabbit, just once every 12 years.

While this temple, a Prefecture Designated Historical Site, has many tangible cultural properties, the natural forests of Mount Monju are a national monument and have been chosen as one of the “Top 100 Natural Spots of Japan to be Conserved for the 21st Century.” Ancient, giant Japanese zelkova, as well as Japanese chinquapin, oak, and cedar, cover the entire mountain. It is a place where monks train, where the silence welcomes mountain climbers. 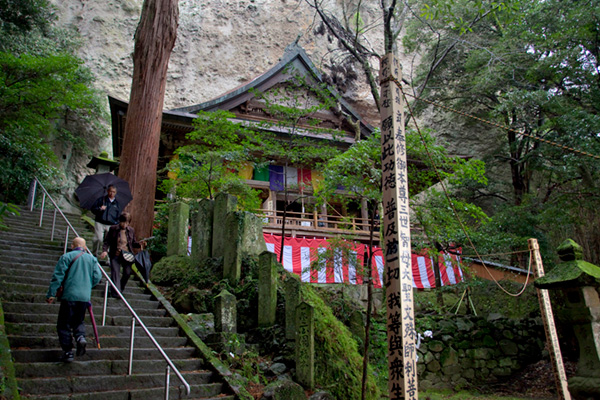 Within the temple precincts is an eight-meter tall stupa, said to be the largest in Japan, as well as fantastic views of Monju Yaba.