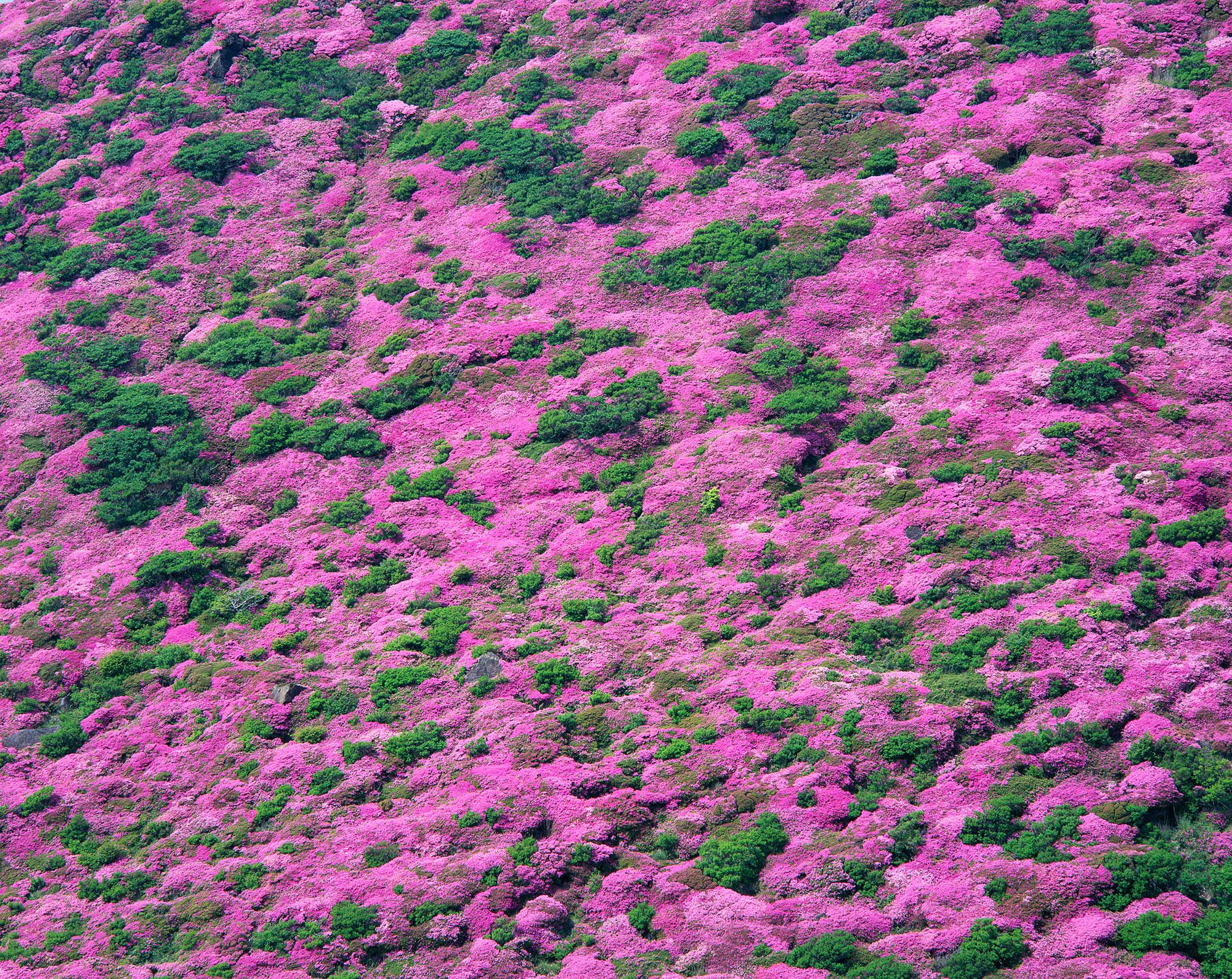 As the famous song Bogatsuru Sanka goes, “Kyushu Azalea (Miyama Kirishima) in full bloom, making the mountain blush…,” the Kuju Mountain Ridge is covered entirely by the flowers just like a carpet. The mountains will open to climbers following the blooming seasons of the flowers such as Akebono Tsutsuji (another type of azalea, Rhododendron pentaphyllum var. shikokianum) and rhododendron, and with Mount Kuju opening, the summer mountain climbing season will fully open after the raining season.
When you write Kyushu Azalea in Japanese, it is written as Miyama Kirishima. Miyama indicates that it is an alpine plant, and Kirishima comes from Mount Kirishima. However, not only do they inhabit Kirishima, but also have clusters in Mount Aso and Mount Unzen, making the entire Kuju nationally famous for them.
It is a species of azalea, growing naturally at an altitude of about 1,000 meters or higher, with the height of the plant about 1 meter at most. They make clusters by crawling on the ground. On the tip of the branch, there will be two to three flowers in light pink, but their colors vary, some closer to red or purple, or sometimes even white.
You can look at the flowers pretty much anywhere in the Kuju Mountain Range including the highest Mount Naka, Mount Kuju, Mount Mimata, Mount Hosshou, and Makinoto Mountain Path, but in particular the largest clusters are seen in Mount Taisen and Mount Hiji. As for Mount Taisen, azalea is already introduced as its specialty in the Bungo Kokushi (“Chorography of Bungo”) of Edo period. In recent years, the clusters in the nearby Mount Hiji became popular, attracting many climbers. The flowers can also be seen on Mount Tsurumi and Mount Hane within Oita Prefecture, and another noteworthy location is Mount Kyouzuka in Hiji, which is only about 600 meters in elevation but offers a small cluster and blooms in mid May.
Kyushu azalea tends to grow their cluster on the bare hillside of mountains where the ecosystem has been disrupted by a volcanic activity. In other words, places with less trees will be more suitable for the plant, therefore when the mountain grows more trees decades after volcanic activity, these flowers will end up vanishing. On the other hand, it is also necessary to cut the Japanese Green Alder which grows as if they want to cover up the azalea, or to get rid of the type of measuring worm that is considered a pest. Just as the beautiful grassland of Kuju is protected by burning the mountain every season, the beautiful Kyushu azalea also needs the work and support of people. 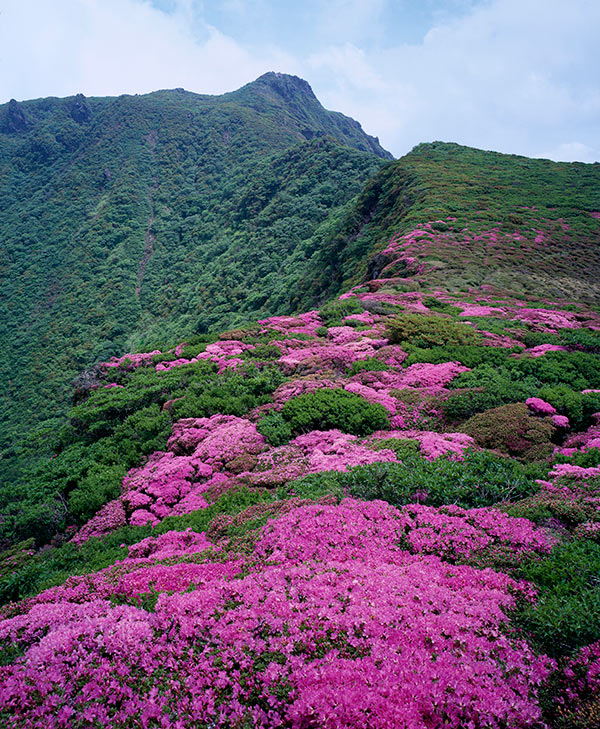 The cluster of Kyushu Azalea in Mount Taisen is designated as a national natural monument.