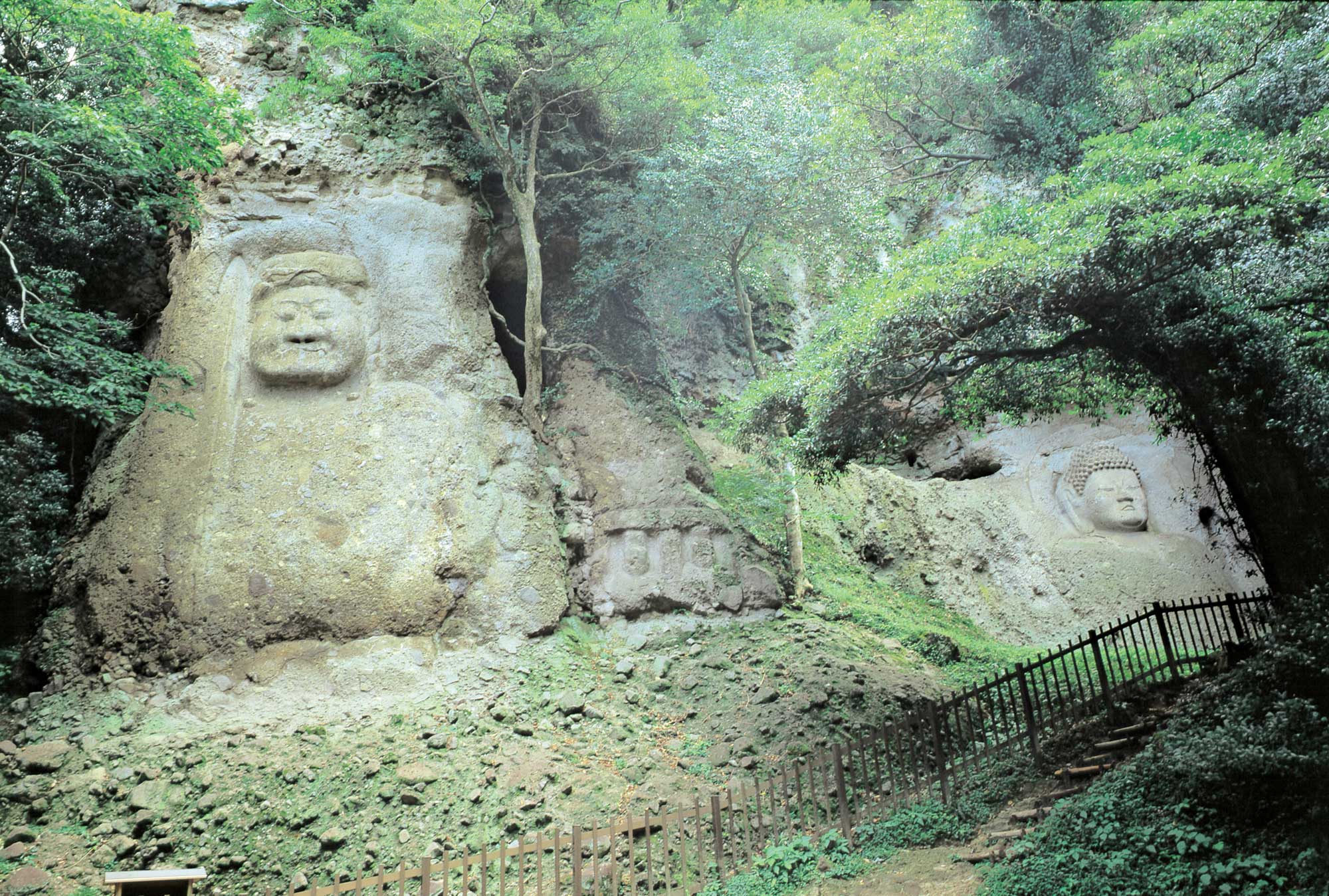 a Silent Colossus Looking Down at You

If you climb the ragged steep stone steps from Mount Imakumano Taizou-ji Temple, said to have been built by demons, the forest suddenly gives way to a brightly-lit clearing. On the cliff before you stands an enormous statue of Fudou Myouou, with the statue of Dainichi Nyorai on its right. It feels as though they are staring down over you. Before you know it, a feeling of solemnity wells up inside of you. The statues are just massive. Fudou is nearly eight meters tall, while Dainichi is about seven meters. Nevertheless, these statues are of their upper bodies only. They have been designated as a Nationally Designated Important Cultural Property and Historical Site.

Seisensui Ogiwara, a poet who once visited this place, said, “A smiling boulder, an angry rock, makes the rock itself into a Buddha”. The “smiling” one is Fudou. Though it typically is meant to hold an expression of anger, surprisingly this Myouou is smiling faintly. In contrast is the “angry rock”, Dainichi. Its facial expression could be described as stern.

But wait. Is this Dainichi Nyorai? According to Giki, the scriptures describing the statues of Buddha, Dainichi should be wearing a crown, but this statue has curly knots on its head, like a Gautama Buddha or an Amida Buddha. Wouldn’t that mean this is a Vairocana Buddha, that is, a Great Buddha? The reason it has been considered Dainichi Nyorai is because it was written as “Dainichi Grotto” on old records of Rokugou Manzan, but the characteristics of a Dainichi Buddha and a Great Buddha are similar enough that these arguments may not be too important. Many other mysteries lurk in Rokugou. The meaning of the seed syllable (bijakshara) mandala engraved at the top of the statue remains a mystery to this day.

The two Buddhas were built at the end of the Fujiwara period, when it is believed the power was given to groups of mountain ascetics. This group dedicated themselves to the Kumano Gongen (incarnation of the Buddha) in Kishu, and this faith entered the peninsula through the Seto Inland Sea.

Even today, there is a “Mountain Entrance” ascetic practice held once every ten years at Rokugou Manzan. This is the starting point for this event. A goma (Buddhist rite involving making an offering through fire) is performed in front of Fudou Myouou, and a procession of ascetics clad in white enter the mountain. This scene has remained unchanged since antiquity. 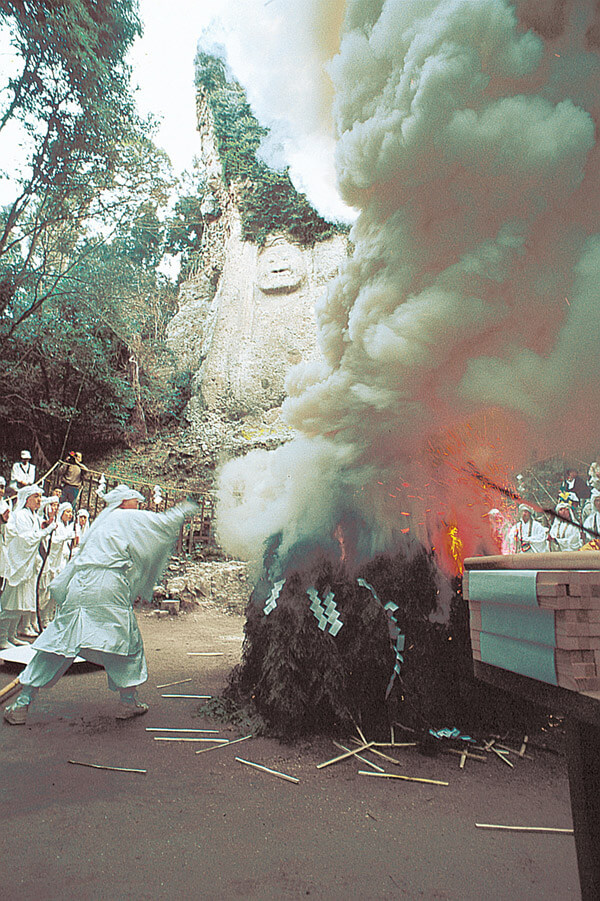