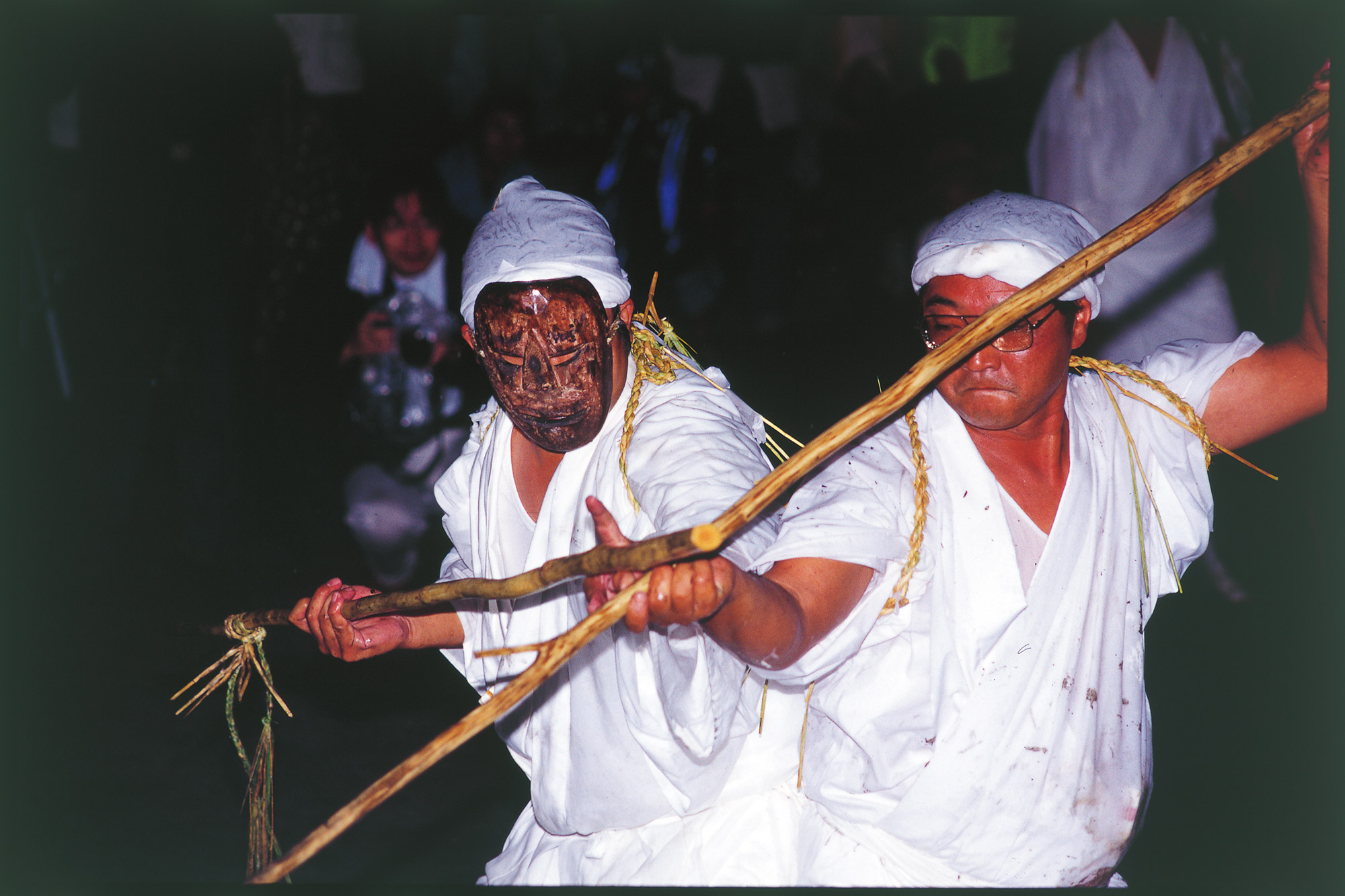 There are festivals deemed “bizarre” all over Japan. However, you could say the Kebesu Festival is the strangest of them all. The mask of the Kebesu, the main character, is bizarre, and nobody even knows who Kebesu is and his history. The people have held this fire festival just out of tradition.
The festival is dedicated to Kushiku Shrine’s Iwakura Hachiman in Kunimi, Kunisaki on the night of October 14. Long ago, the characters for Iwakura were different, meaning “boulder warehouse”. This is based on an old belief that originated from the gods coming down to the boulder.

There are several legends, such as that Usa Hachiman, who was also a god of the forge who used fire, arrived on the nearby coast, or that Empress Jingu purified herself with fire during the Imjin War, and also that Kebesu means “fire-kicker” in a local dialect, but the truth remains unknown. Nevertheless, its connection with exorcism through fire is certain.

The residents of ten settlements who serve as the festival’s parishioners take turns every year choosing adult men from the host settlement to play the role of Kebesu. It starts with a purification ritual in the sea with 20-odd people, including Shinto priests and touba (protector gods).

Firewood piled within the shrine precinct is set afire, then drums, flutes, and bells are performed by a festival band in quarter time as Kebesu and the Shinto priests parade around the shrine.

Eventually, Kebesu approaches the fire, looks for the right opportunity, and tries to rush into the flames. The young people who act as the touba try to block him, and a battle ensues. White-clad figures against a burning red flame. A battle of strength using wands creates an exciting festival mood.

At last, Kebesu acquires the fire. Once the raging flames are stirred and scattered, the touba join Kebesu, running around the shrine precincts with lit firewood, relentlessly showering worshippers with embers. People flee as they are chased and spanked. However, being sprinkled with embers is said to ward off illness.

Those who wish to watch or worship at the festival need flame-resistant clothes and hats. A Nationally Designated Intangible Folk Cultural Property. 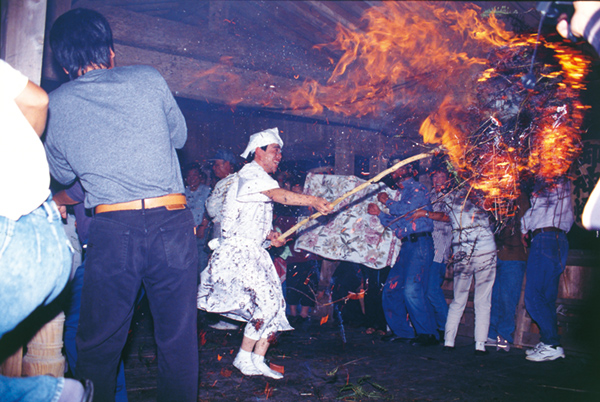 Residents who perform the fire festival according to tradition.