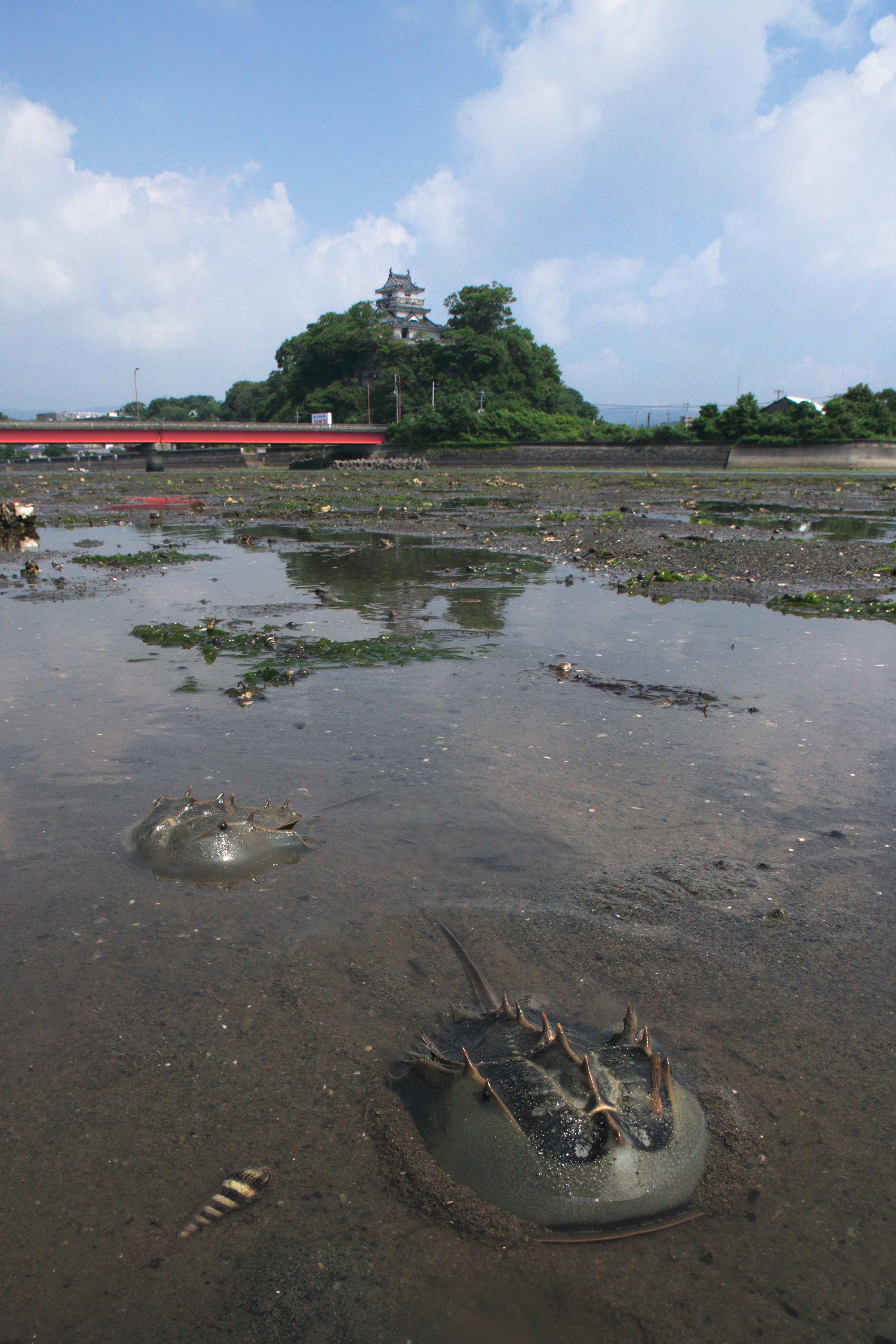 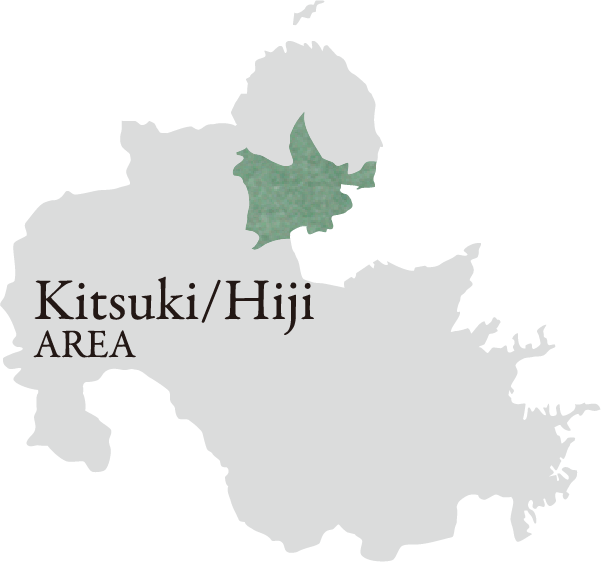 Japanese Horseshoe Crabs and the Tidal Flats of Morie Bay

Morie Bay is situated in front of the city of Kitsuki at the base of Kunisaki Peninsula. Sediment carried in by both Yasaka River to the south and Takayama River to the north of Kitsuki Castle facing the sea created a sprawling tidal flat. At low tide, this flat is 1.5 kilometers east-west and two kilometers north-south, and serves as the habitat for the Japanese horseshoe crab, a rare specimen in Japan.
Japanese horseshoe crabs are creatures that have barely changed form since the Jurassic period nearly 200 million years ago, when dinosaurs roamed the Earth. Like the coelacanth of Madagascar, it is said to be a living fossil.
Once, their habitats dotted the tidal flats along the coast from the Seto Inland Sea to Northern Kyushu, but landfilling during the period of high economic growth turned the area into an industrial zone, and many tidal flats were lost. The rivers that had brought nutrients from the mountains and forests to the sea also changed in their characteristics due to the creation of homes. In this way, the horseshoe crab was expelled from its habitats.
The tidal flats of Morie are some of the only remaining environments suitable for them. This was, in part, due to efforts of people living near the coast. To protect one of their few breeding grounds in Japan, residents not only enjoy clamming but have developed ocean clean-ups, and fishers release any horseshoe crabs caught in nets immediately, and have even set forth planting protective forests in the mountains and slopes surrounding the bay.
It takes between eight and ten years for horseshoe crabs to grow. The movement to protect the tidal flats must keep going. These tidal flats are home not only to horseshoe crabs, but many other living creatures as well. For fish, small-scale whiting is famous, and it is a transit point or a wintering ground for migratory birds, and among the birds observed here are the black-bellied plover, lesser sand plover, and dunlin, and species listed in the Red Data Book include the little curlew, common redshank, and Far Eastern curlew. It was designated as one of the “500 Most Important Wetlands of Japan.” 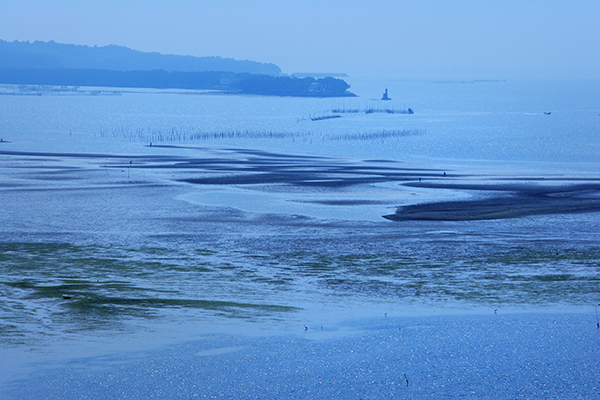 At low tide, this flat is 1.5 kilometers east-west and two kilometers north-south, and serves as the habitat for the Japanese horseshoe crab, a rare specimen in Japan. Conservation efforts by citizens help protect the environment where horseshoe crabs can thrive.