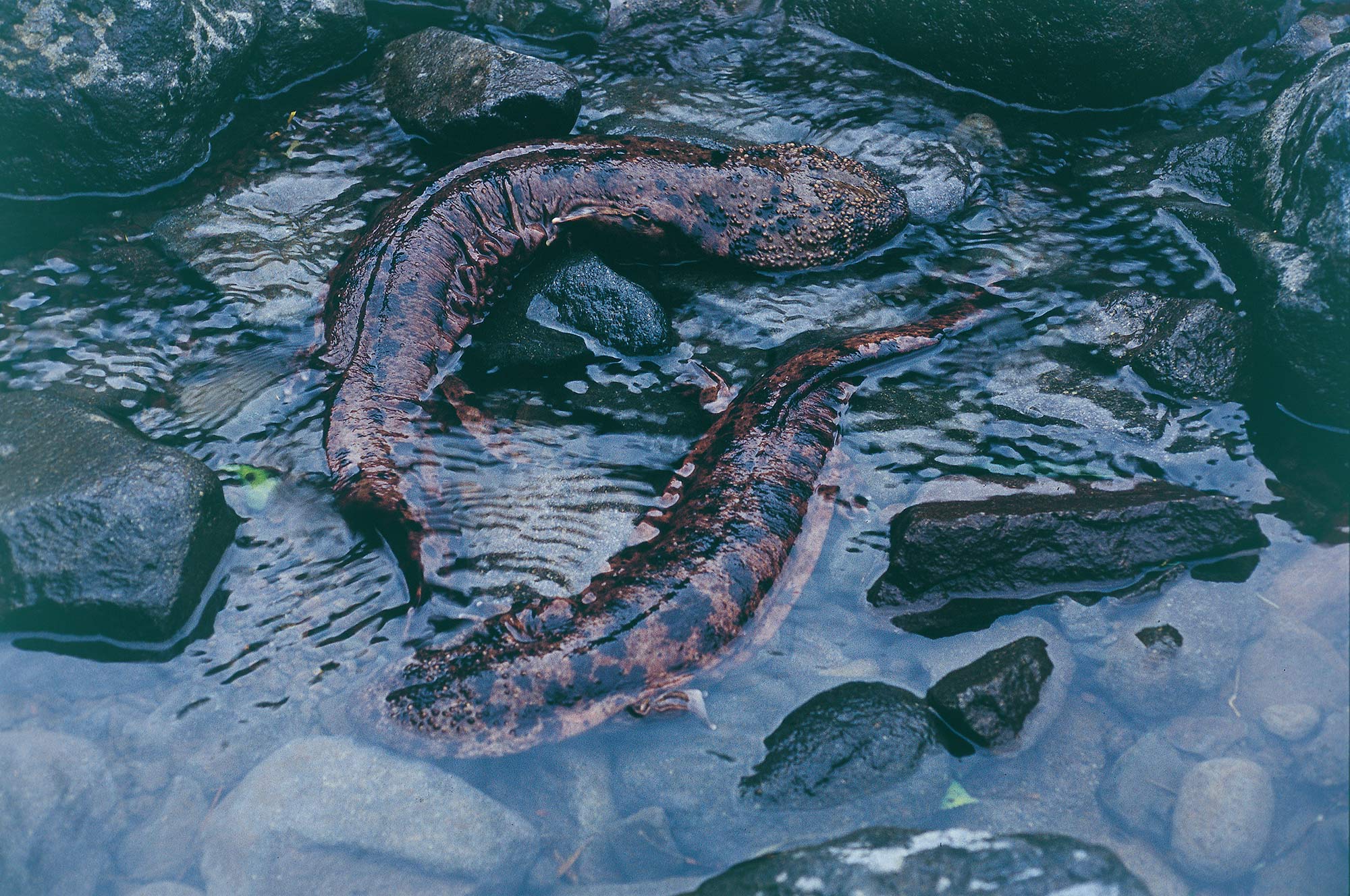 Japanese Giant Salamander and Its Habitat

In 19th century Europe, scholars struggled with a strange, unidentified fossil. Among these were scholars who claimed it to be the skull of a baby who died in the great flood of Noah’s Arc.
What solved this mystery was when Philipp Franz Balthasar von Siebold, who introduced Western medicine to Japan, brought back the Japanese giant salamander home with him. Results of a comparative analysis showed that the fossil was that of a European salamander.
The ancestor of the giant salamander is said to be one of the first vertebrates, who left water and began living on land some 300 million years ago. It has survived severe changes to the earth since then, and likely reached its current form about 70 million years ago.
This is why it is called a “living fossil,” which still maintains its ancient lifeways and characteristics. Though it can live on land, it can’t survive far from water. This is because of its legs, which can barely support its body, and its tiny eyes that don’t quite match its large frame.
Living in dark and clear streams deep in the mountains, they prey on small water animals. The breeding season is from the end of August to early September. They are extremely vulnerable to environmental change. Their habitat is in Oita Prefecture, the southern limit for them in Japan. They have been nationally designated as a special natural monument. From Yakkan River, go upstream of Era River, famous for its stone arch bridges, and the Yokawa River tributary joins around Iizuka. Then, if you follow Yokawa River, you’ll find Innai Hot Springs, where Okagawa River enters from the left embankment. Upstream of Okagawa River is the heart of the giant salamander’s habitat.
The main basin of Yokawa River and the Okagawa River basin are called Yotani. In the Takisada and Kobira areas, you can see sprawling terraced rice paddies, selected as one of Japan’s “Top 100 Terraced Rice Paddies.” There are nine settlements in the area with active community revitalization. In 2000, they launched the Yotani 21st Century Committee with all the households in the area participating, which researches agricultural production and processing, hosts events, and has exchanges with Oita University. The committee is of course also in charge of habitat conservation. 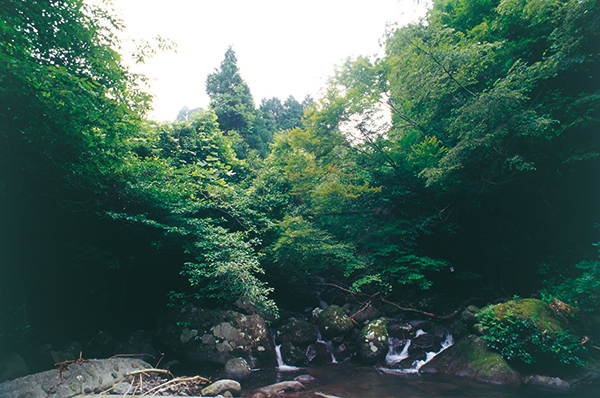 The salamander’s habitat in the prefecture is the southern limit of their habitat in Japan. (Town of Innai, City of Usa)