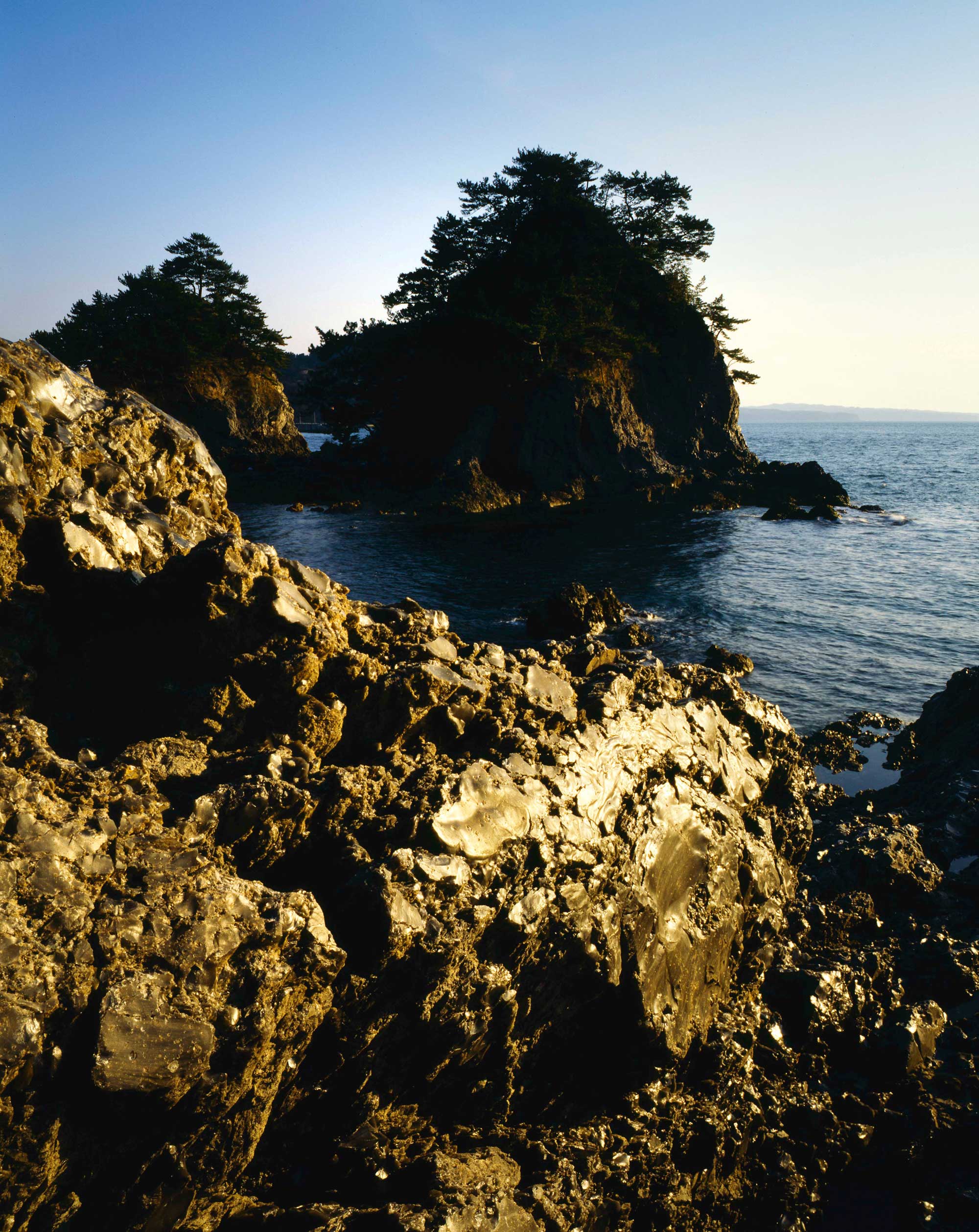 The Joumon people arrived at Himeshima in dugout canoes during the prehistoric era some thousands of years ago. They must have been elated when they discovered a cliff of obsidian in what is now Kannonzaki Cape. They took this obsidian home right away, and processed it into spearheads, arrowheads, knives, and more. They did not come only from Kyushu. Boats arrived from Chugoku and Shikoku as well. Stone instruments made of Himeshima obsidian have been excavated from archeological sites all over these places.

Himeshima is an island created from a volcano. Obsidian is a kind of volcanic rock produced through volcanic eruption of rhyolitic magma under special conditions such as in the cooling water. It is glassy and hard, and when broken creates extremely sharp, shell-like fragments. These served as sharp blades.

There are over 60 locations in Japan where obsidian is produced, but Himeshima is one of the two major quarry areas in Kyushu alongside Koshidate in Saga, as well as one of the premier quarries in the nation. Obsidian is, of course, usually black, but Himeshima obsidian is milky white or gray, making it easy to identify even after processing. Archeological sites show their spread not only across the mountainous areas of Oita, but to Okayama, Shimane, Hiroshima, Ehime, and Kochi as well.

Himeshima is situated at the crossroads of maritime traffic in the Seto Inland Sea. There was likely a distribution route using the inland sea where people would come from all over. This was not limited to the Joumon Period. It is believed this obsidian was harvested over a span of 20,000 years from the late Paleolithic to the later Yayoi Period.

Obsidian is one of the “Seven Wonders of Himeshima,” and is on a bare, high cliff in the Sennindou area of Kannonzaki Cape. The cliff descends into the sea, where it also contains large amounts of obsidian. It has been designated by the nation as a natural monument. But that’s not all. Natural monuments in Oita Prefecture include the vivianite of Suhana Cape and the geological folds of Omi. As an aggregation of four volcanic islands, this island is a treasure trove of geological and topographical research.

Himeshima, an island situated at the maritime crossroads of the Seto Inland Sea.