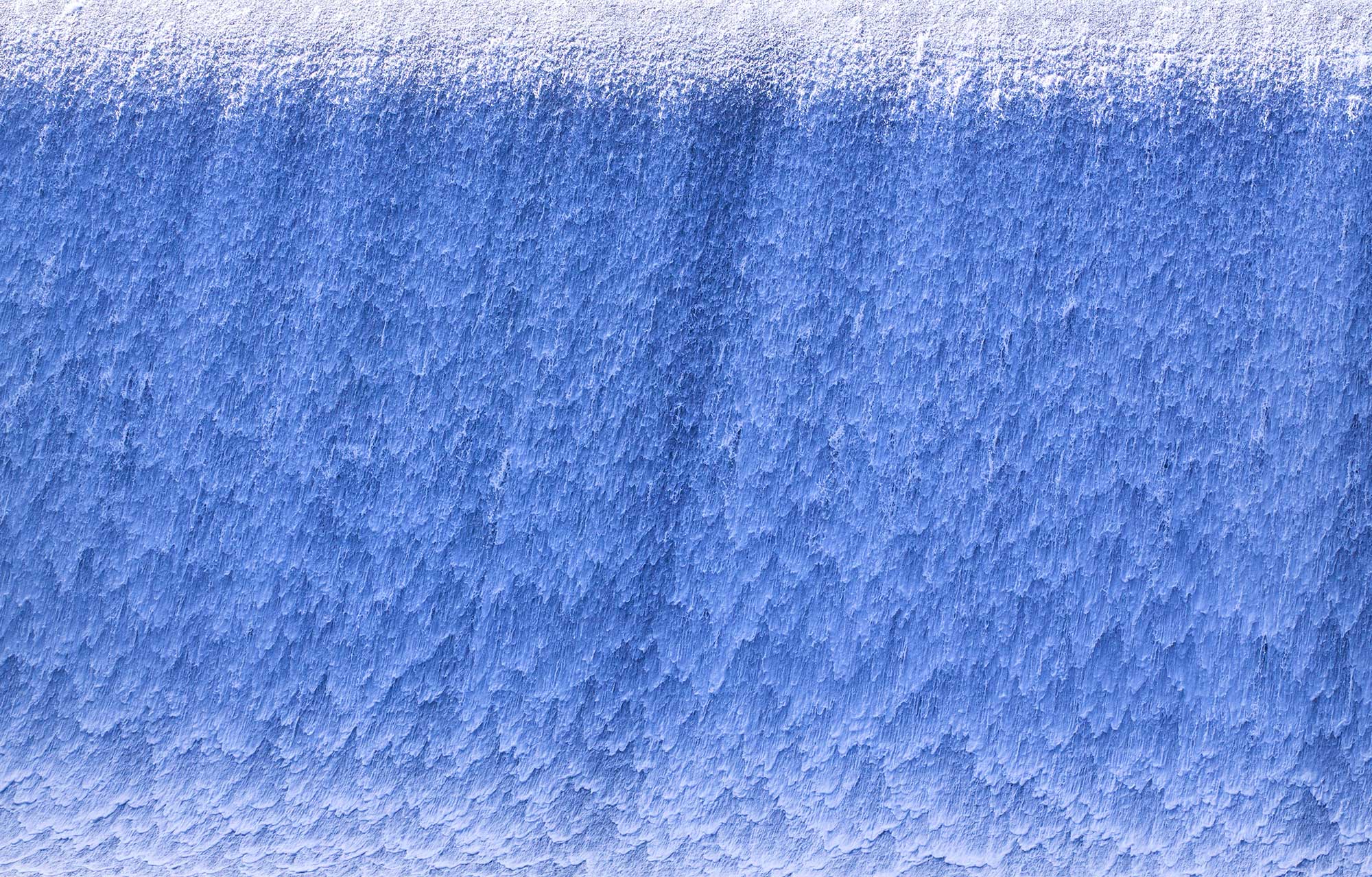 The cherry blossoms in spring, lush green of the forest and thunderous clouds in summer, the autumn leaves, and the winter snow. The water surface of the dam reflects the colors of nature in each season. However, what does not change is the pattern of white beautiful bubbles on water that plays on the levee like a slide. Even so, the amount of water changes the patterns slightly so people never get tired of looking at the scene, soothing the hearts of the visitors.
Hakusui Dam, considered to be “Japan’s most beautiful dam,” is built on the Ono River between Tsugikura of Taketa and Ogi-machi Kashiwabaru. Its official name is Hakusui Reservoir and Dam. As a heritage of agricultural modernization representing Oita, or rather Kyushu and Japan, it was designated as a Nationally Designated Important Cultural Property in 1999.
When you think of a dam, what normally comes to mind is a huge arched structure with the concrete. Compared to that, the Hakusui Dam is not as large in scale. It is a stone masonry-based gravity dam, with the levee height of 14 meters and length less than 90 meters. However, its beauty and technique in construction is unparalleled.
The large dams are constructed with modern civil engineering and may show their structural beauty, but the Hakusui Dam is a piece of art that has been placed naturally, whose priority was to stay with nature, not to cause any harm.
The construction of the dam started in 1934 for the agricultural water usage. It was completed in 1938. With the completion, the area surrounding Taketa enjoyed a great deal of benefit. However, the ground of the site was quite fragile.
That’s when the unique technique came along, while being considerate for the nature. The designer is Yasuo Ono who was a civil engineer of Oita Prefecture. On top of his design, efforts of water suppliers and the wisdom and skills of the masons who processed the local tuff were incorporated.
For example, the water is turned 90 degrees with steps on the right of the levee, and slight curves on the left, so that the water flowing from the levee does not affect the ground downstream. This superb design treats water like a child effortlessly to slow down the flow speed. The center is just like a wide water slide. The water curtain. It reminds you again that it’s the most beautiful thing of flowing water. 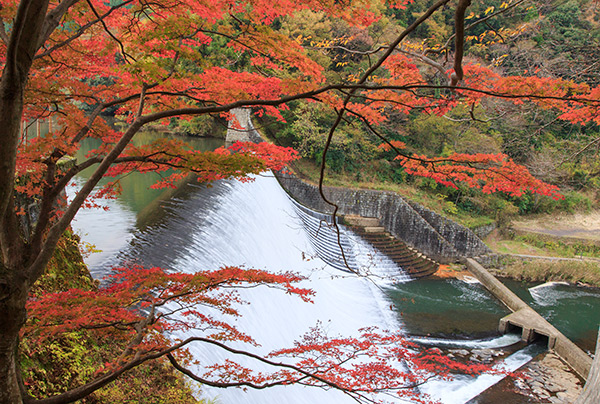