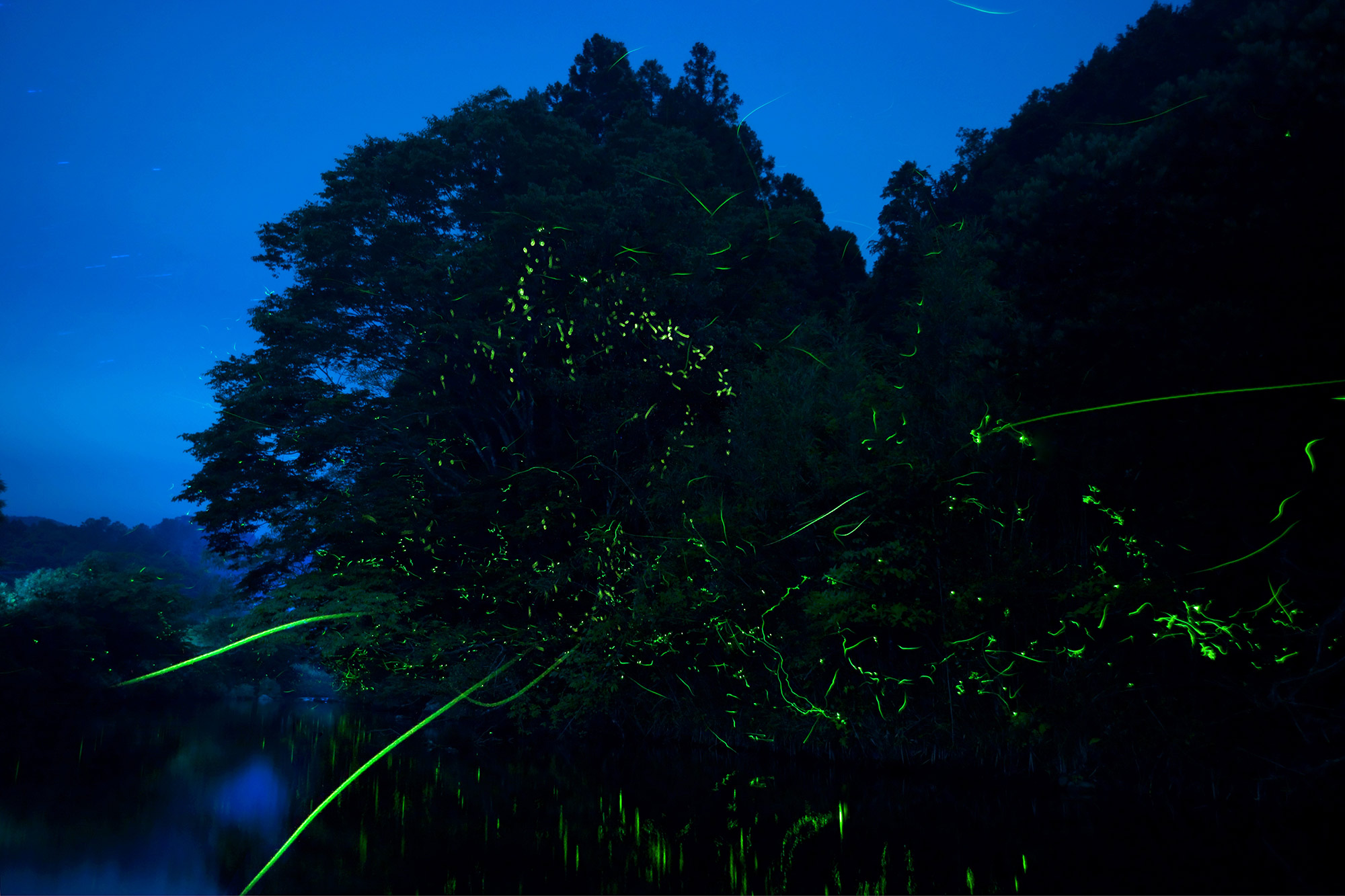 the Dancing of Lights in Clear Streams

”Sanshi Suimei” (the mountains looking almost purple with the reflection of sunlight, and the water of the river shines crystal clear) is a word expressing the beauty of Japanese scenery in short, and many of the mountains and rivers in Oita convey the authentic beauty of such to the present time. This also tells us that Oita offers many rivers with the fireflies dancing around, which is a typical summer feature. Above all, the best spots to view the fireflies and river are Hakusan River and Honjo, both selected as “Oita Heritage.”
The scenic spot of Hakusan River is in the mid stream of Nakatsumure River, which comprises Ono River Branch, flowing through the Miemachi of Bungo Ono. The river and surrounding area offer beautiful landscapes including the Inazumi underwater solutional cave and “Hogeiwa” rocks, selected as one of “Japan’s 100 Remarkable Waters.” Many of the waters listed within are spring water, and it is rare that the whole river is selected. This shows how clear the river is.
The river has its source in the northeastern side of Mount Katamuki in the Sobo Katamuki Mountain Range, flowing through Oshirotani then into Nakatsuru district. This area is called the Hakusan River, reflecting Mount Inazumi while being on the ridge or showing the streams.
The river has long been known as clear stream, but it was the effort of the local residents that made the reputation up to “Remarkable Waters” and as a spot for viewing fireflies.
There was a period of time when rivers were polluted nationwide with the heavy use of pesticides, and insects and aquatic life were in danger. Hakusan River also faced the same problem.
Then there were over 300 people in the community who stood up to do something about it. The “Hakusan River Protection Committee” was launched in 1974, and has continued to “protect the river and save the fireflies.” The river was awarded “honorable mention” of the 1st “Japan Water Grand Prize,” along with many other awards.
Honjo will be introduced in a separate article, and there are other rivers selected as the scenic spots of fireflies by the Prefectural Fireflies Conduct Committee. More than 20 locations were selected, including Nanase River in Oita, Asami River in Beppu, Yamakuni River in Nakatsu, Iroha River in Usa, Ono River in Hita, and Inaba River in Taketa, in order to protect the environment for fireflies to inhabit, as well as promoting the community. 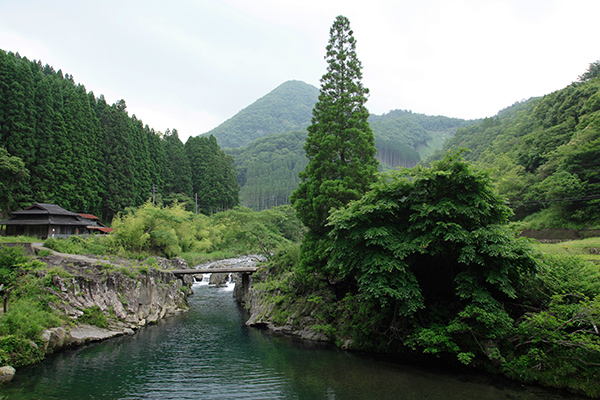 The river itself was selected as one of the 100 Remarkable Waters of Japan, with the beautiful surrounding landscapes.