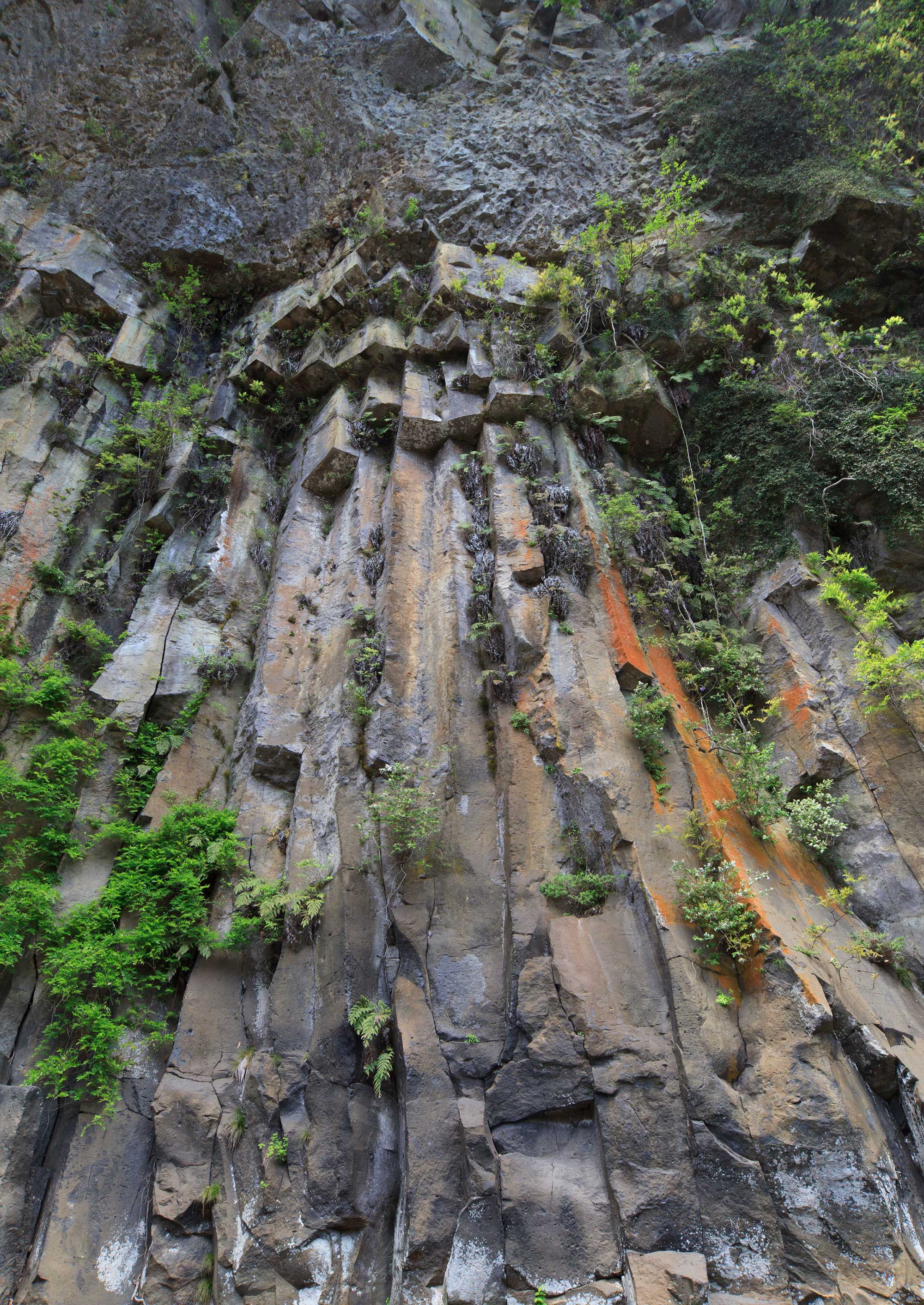 a Vast Heritage Site From Antiquity

A geopark is a natural park containing geological heritage. It is a portmanteau of “geo” (from geology) and park. Geoparks aim to protect natural heritage sites involved in global activities and keep them alive in the modern age.

In 2004, with the support of UNESCO, the World Geopark Network began certifying natural landscapes around the world. In Japan, we have Oita Bungo-Ono and Oita Himeshima Geoparks. These received certification from the Japan Geopark Committee in 2013.
Bungo-Ono’s roots can be traced back to antiquity. Nearly 90,000 years ago, a massive eruption of Mount Aso expelled large amounts of pyroclastic flow. At temperatures of up to 700 degrees Celsius, this hot pyroclastic flow is believed to have covered the northern half of Kyushu, making it disappear.
The pyroclastic flow cooled and hardened, forming a land of welded tuff. Carved by streams and falling like walls are Harajiri Falls and Chinda Falls. Taizako Gorge and Shakushi Rock are cliffs of columnar joints with regular cracks that formed when the rock hardened and contracted. These landscapes are all representative of Bungo-Ono Geopark.
Himeshima was formed from volcanic activity around 200,000 years ago. Within the island are seven volcanic craters and lava domes. On the Omi coast, you can see geological folds, dynamic vestiges of the earth’s movements. Cliffs of obsidian, used in prehistoric times to make stone tools, remain on Kannonzaki. Rich in volcanic minerals, it’s no wonder this place is called a treasure trove of geographical and topographical research.
Let’s take a tour around the Geopark. Bungo Ono consists of 21 geosites with geographical value over a vast area of 603 square kilometers. The arched stone bridge and Magaibutsu Buddha created from welded tuff are also geosites. There is a sightseeing course that takes visitors around to these places, where they can listen to the beat of the earth and interact with stone culture.
A geosite in Himeshima includes a resting place for the Chestnut Tiger, a butterfly that migrates across the Japanese archipelago. Experience ancient history at the cliffs of obsidian and enjoy nature at the Chestnut Tiger butterfly rest area. A geo-tour combining the geopark with tourism. This connects the heritage of the earth with tourism. New community building has begun at the geopark. 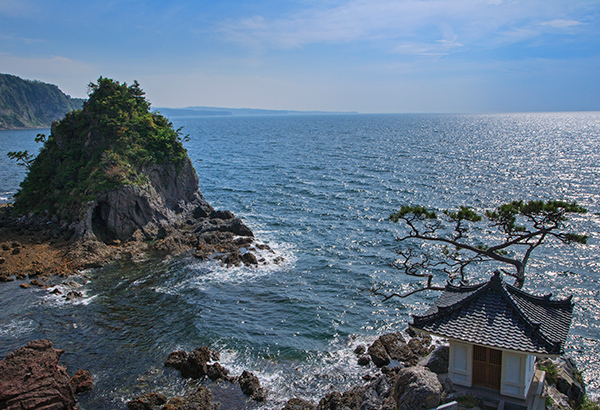 Shakushi Rock with its columnar joints (pictured above), Sennindou, one of the Seven Wonders of Himeshima, and exposed obsidian (pictured below).