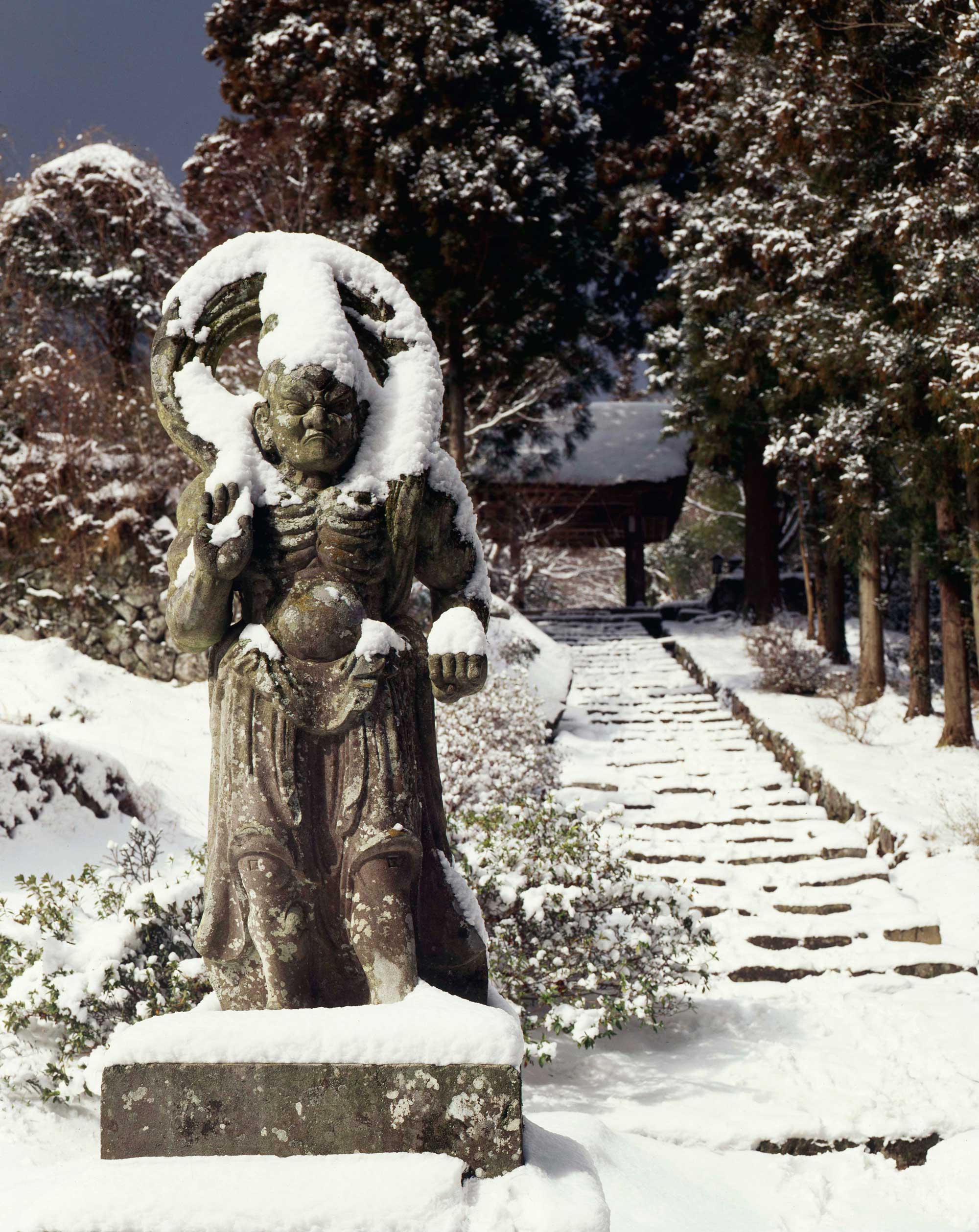 The round, cone-shaped Kunisaki Peninsula. Also called the Kunisaki Volcano, the ridges of the mountain and the valleys between them extend radially from the high point at the center to all four sides. The center point from which these radiate is Mount Futago, the highest peak on the peninsula (721 meters). The geographical features of the peninsula can be seen readily when standing at the summit.

Midway up this mountain is Futago-ji Temple. This ancient temple serves as a current primary temple of Kunisaki Rokugou Manzan. Nearby the temple, a road traversing the peninsula and a road from the town of Aki in Kunisaki cross, and from there extends a promenade toward the temple. There is a vehicle road next to the promenade as well as a parking lot right by the temple, but we recommend walking the traditional promenade to worship.

Cross the Mumyou Bridge, which is said to collapse when nonbelievers try to cross, and you will find stone steps right away, flanked by statues of Niou. These stone statues are famous from a poster promoting Kunisaki sightseeing. Midway up the stone steps, lined with stone monuments, is a temple gate. It is also called Sougou Gate. These Niou statues, considered the most imposing on the peninsula, were created in 1814. This is the year before Takizawa Bakin authored the Record of Futago-ji Temple in the Land of Bungo. The temple gate is also believed to be the oldest on the peninsula. Along the promenade, cherry blossoms transition to summer verdure, then in autumn transform into a tunnel of red autumn leaves. Then in winter, the Niou statues don hats of snow, making them appear a little more gentle.

Climb to the parking lot, and it is bustling with cars and worshippers throughout the year. Regular tourist buses touring Kunisaki stop by as well. Climb the stairs once again to find Goma Hall, the main hall. Go up from the new lecture hall toward the temple in the back to recall the history of Shinto-Buddhism syncretism. Go back to Futago-ji Temple assembly hall and take a rest.

Futago-ji is a main temple of Manzan’s Nakayama. Many monks once trained here. Take in the wonders of this area, such as autumn rain showers and red leaves, as you take a leisurely stroll around the temple grounds. Be sure to look at how this mountain temple is located, including the arrangement of the temple buildings. This temple is also one of the 33 West Kyushu Temples and is also famous as a sacred place for a Kannon who blesses people with children. 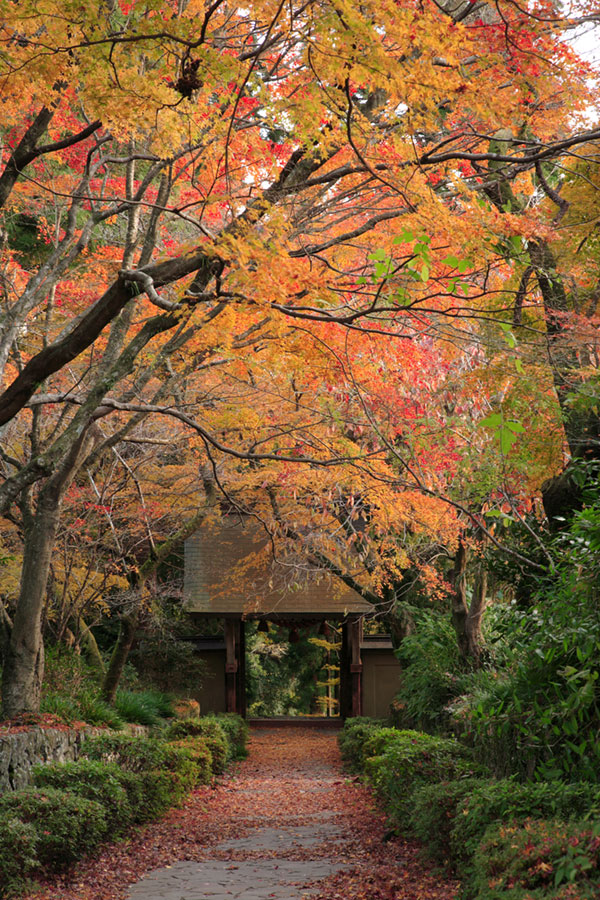 The mountain gate encompassed by a tunnel of red leaves in autumn.