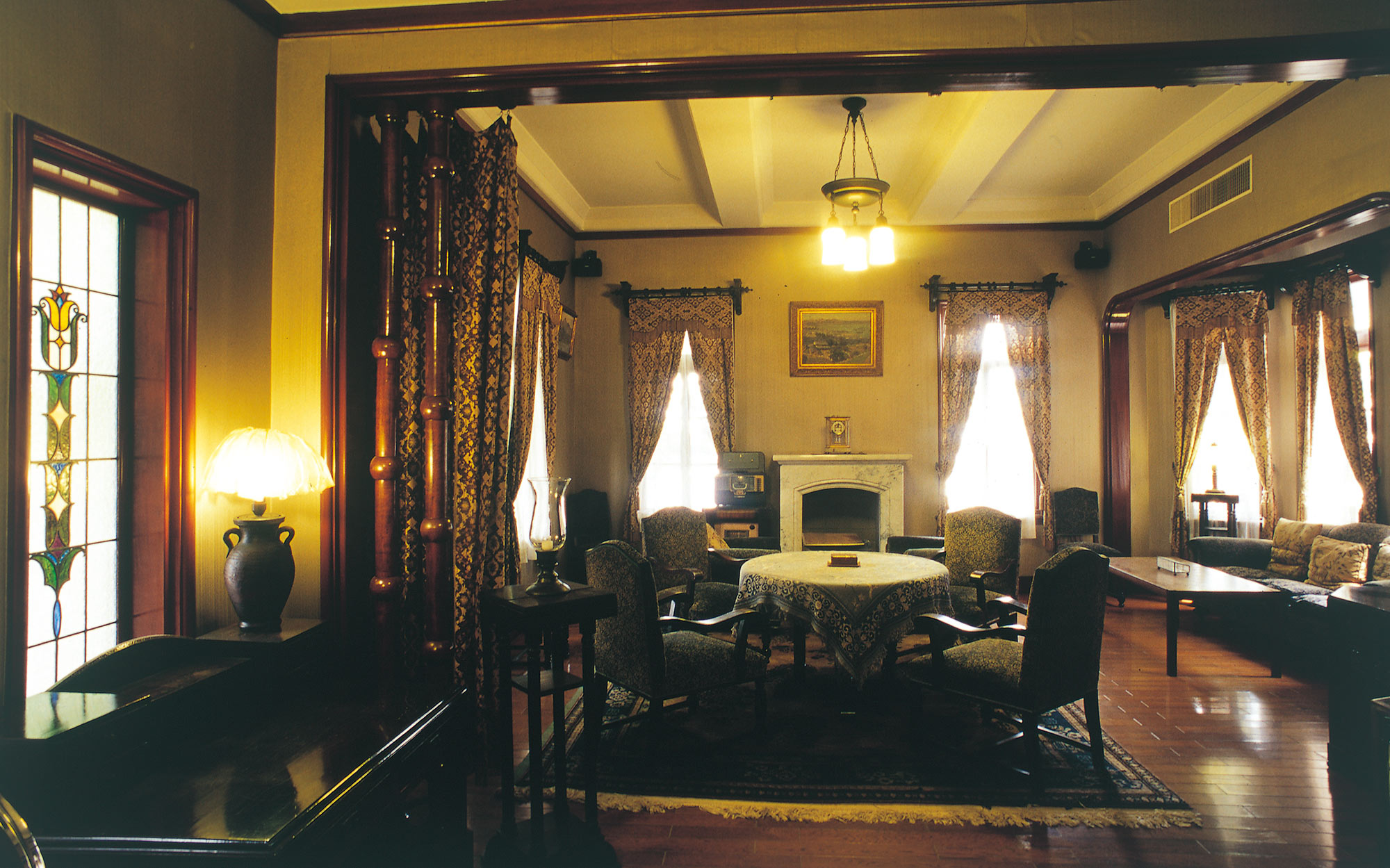 the Height of Luxury

Beppu is said to be a modern, fashionable town. This is in part due to the local color of the area, which has been developed by people coming from all over the country for sightseeing, as well as for its vigorous citizens who worked hard to make it an international hot spring resort town from the late Taisho to the early Showa period. This is where its stylish character originated.
This still remains in many different kinds of ways. For example, this modern sensibility can be seen in the architecture. Many modern buildings, the so-called “modern architectural heritage,” were created during this time.
Fortunately, these were not destroyed in the war. While the city of Oita was burned during the World War II, not a single bomb was dropped on Beppu. Thanks to this, modern architecture can be seen all around as you walk through the town. There are public facilities, homes, mansions, health resorts, hot springs, inns, hospitals, temples, shrines, and churches.
A typical example of this architecture is Chouchoukaku in Aoyama. As signified in its name, hearing the sea roar, it was originally built by the sea near a beach, but it was later relocated to its current location and became Chouchoukaku Takahashi Memorial Hall. It was built in 1929. The owner was the first head of the Beppu Chamber of Commerce, Kinya Takahashi, an important political and business representative of Oita Prefecture who became a member of the parliament the year following Chouchoukaku’s construction. The Japanese-style two-story wooden main house was built to serve as both a residence and reception hall. It was dismantled and moved to its current location in 1989. The reason for this was conservation.
While the exterior is Japanese-style, you’ll be surprised at the modern style when you step inside. The Art Deco style of the reception room is fascinating. The generous use of high-quality wood is the height of luxury. Anyone could take a tour until March 2007, when it was turned into a museum, but it has since closed, at the end of 2015. The modern heritage sites of Beppu are gradually disappearing. We hope that the conservation movement will spread to include many of the heritage sites throughout the city, which are treasure troves for tourism in Beppu. 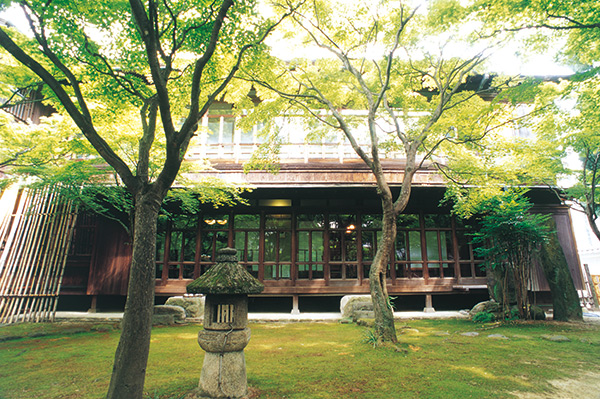 The main house of Chouchoukaku (photographed from the courtyard) and the first floor sitting room (above).