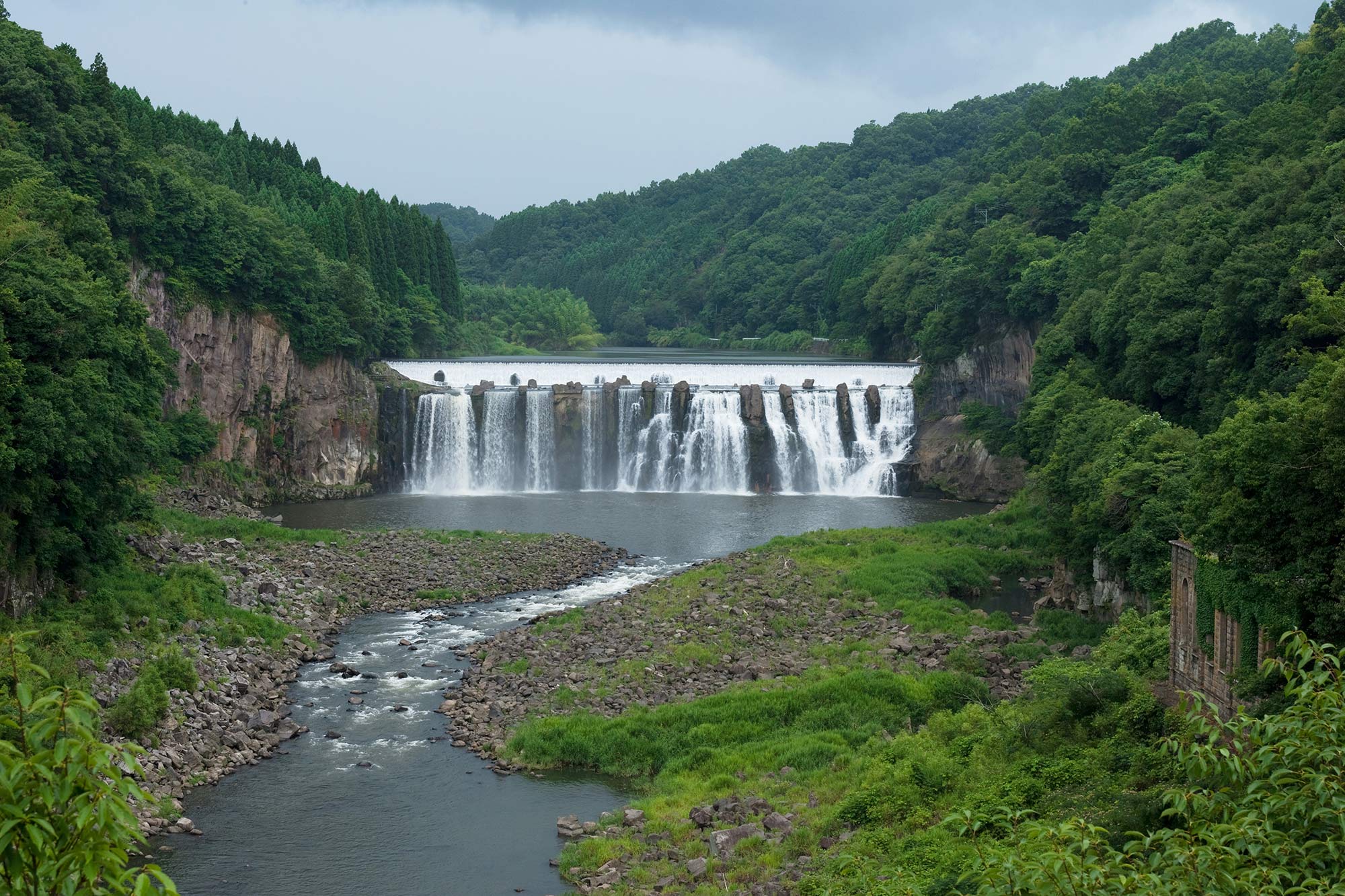 Stunning Waterfalls in Works of Sesshu

Chinda Falls are located in the main stream of Ono River, in the border of the two towns Ono and Kiyokawa, in Bungo Ono. There is some large volume of water flowing as the Ogata River joins the main stream at a point about 400 meters upstream. The waterfall is about 20 meters in height, and 110 meters in width. The waterfall falling from the cliff made of the welded tuff of Aso has long been known as the stunning waterfall of Western Japan, with many poems created on it.
The Bungo Kokushi (“Chorography of Bungo”) written during the Edo period said, “The waterfall leads two rivers of Ono and Ogata, and other mountain streams, all combined into one streak of fall off the cliff. A violent stream falling rapidly, in 13 streaks. Looking from far away seems as if icicles are falling, and going closer they will look like white dragons flying through rain. They are like mad raging thunders and snowstorm firing rainbows.” There is a famous painting by Sesshu called “Chinda Falls.” It is the first historical piece to widely introduce the waterfall. Although the original piece was unfortunately burnt down by the Great Kanto Earthquake, it was fortunate that a reproduction by a Kano school artist remains.
Just as described in Bungo Kokushi, “Do not even think about trying to measure the depth of the brink,” you would not want to fall into the swirling waterfall. For this reason, it is told that when the court was unable to judge whether the suspect should be sentenced to punishment, he was sent “into the Chinda,” where he will be free of charge in case he makes it back by swimming the waterfall. However there was only one who actually survived.
Such a wild waterfall had a time when it almost lost its water. It was because of the electric power company who built a dam on the waterfall to take water into the new power plant, towards the end of Taisho period. However, the waterfall came back with various considerations, in addition to an observatory built at the foot of the local road that runs downstream, with many people stopping their cars to enjoy the view. A park was also made near the waterfall.
Beneath the parking lot of the park are the remains of a stone-built, former Chinda Power Plant. It was built by a railway company in 1909 for trains that run between Oita and Beppu, which became no longer in use and is now kept as a heritage of the modernization era of Kyushu. In addition, there is a smaller waterfall at the merging point of Yada River nearby, which is called “Female Chinda Falls” as opposed to the actual Chinda Falls being “Male.” 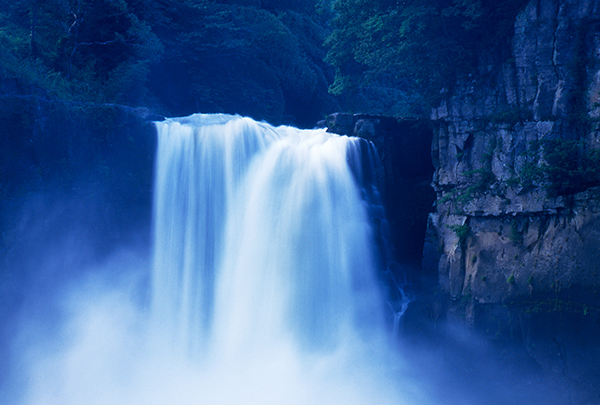 Male Waterfall (above) and Female Waterfall (below) of the Chinda Waterfalls, which became widely known by the painting by Sesshu, are also featured in the Bungo Kokushi (“Chorography of Bungo”) written during the Edo period. The waterfalls are depicted in many poems as well.