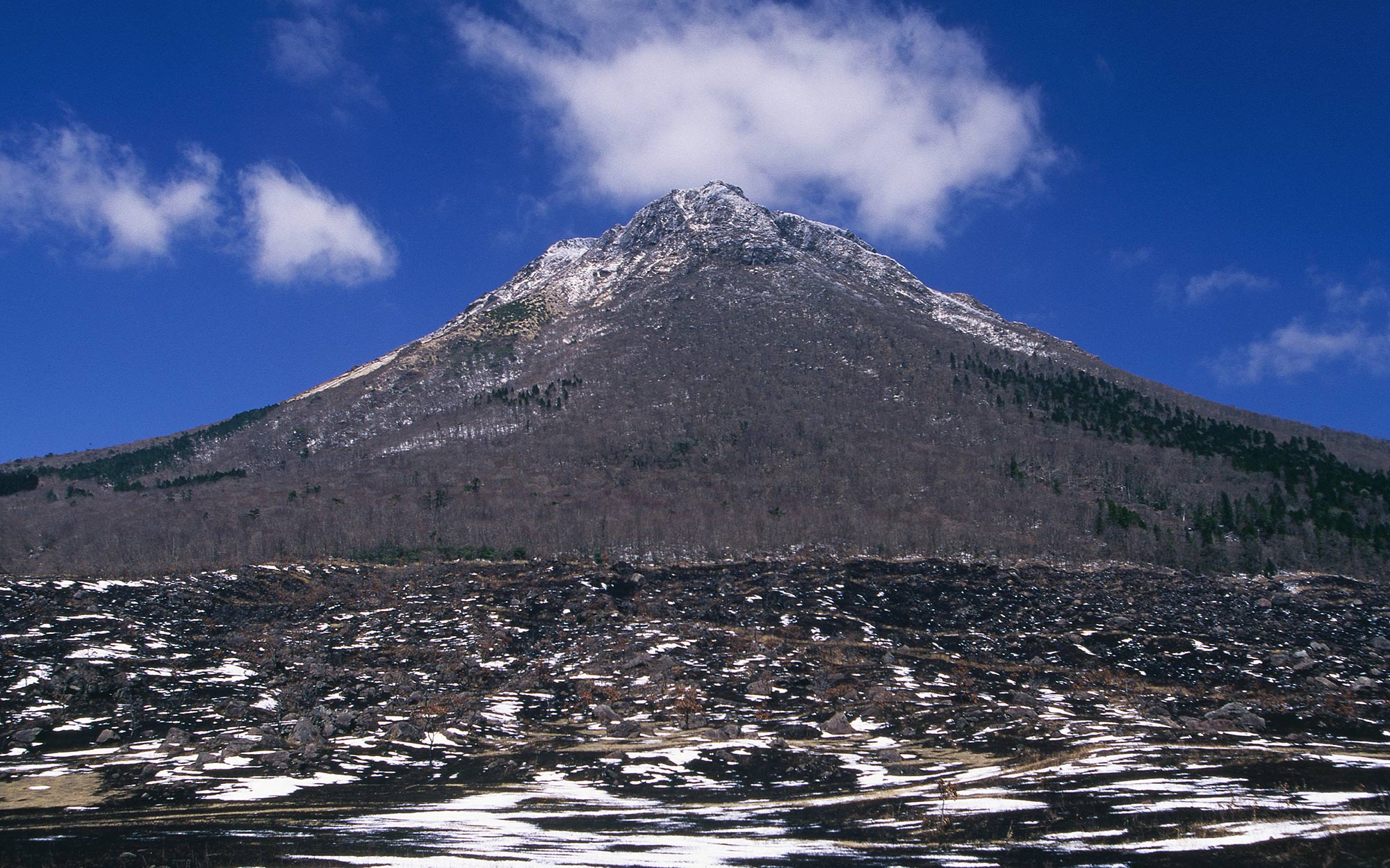 Burning Fields and Grasslands in the Southern Foothills of Mount Yufu

Called the Fuji of Bungo, Mount Yufu (altitude of 1583 meters) is a famous mountain symbolizing Oita Prefecture. However, while it stands alone like Mount Fuji in Suruga, it is not a conical stratovolcano, but rather a tholoid lava dome, along with the Kuju Mountains and Mount Tsurumi next to it. This mountain has both an east and a west peak, and both are readily visible from Yufuin Basin. However, the eastern peak appears flat like Mount Fuji despite the steep inclination, when viewed from the city of Oita, which was once Bungo Kokufu.
In the old Bungo no Kuni Fudoki (“Report on the Culture of Bungo Province”), the characters for Mount Yufu were different, and the name of the mountain and the basin stem from the high number of kouzo trees, a kind of mulberry tree used to make cotton-like fibers, in the Yufuin Basin. What’s more, it appears as Mount Momen (“Mulberry Cotton”) in the Manyoushu. One of the two poems about Mount Yufu in the Manyoushu says, “Girls’ loose hair seen around the house, strung like clouds on the cotton mountain.”
From antiquity to today, there are probably no mountains in Oita Prefecture appearing in poetry as often as this one. Bakin Takizawa even chose it as the setting for his novel Chinsetsu Yumiharizuki (Strange Tales of the Crescent Moon), in which young Minamoto no Tametomo appears. That is how famous this mountain is, the pride of the Oita people.
The Trans-Kyushu Expressway connects the mountain to the Tsukahara Plateau in the north and Beppu and Yufuin in the South, and the grasslands here serve as a sprawling entrance to the mountain. Climbers appear endlessly. Then, there is the field burning, famous in the southern foothill grasslands in early spring.
This burns off the withered grass of winter to help raise high quality grass for spring, with maintaining and regenerating the grassland as its goal. This also helps to eliminate pests, like mites stuck to withered grass.
Famous places for this field burning in Oita Prefecture include Kuju Highlands, Iida Highlands, and Jumonjibaru near Mount Yufu, and the burning of Mount Ougiyama viewed from the city of Beppu has become a tourist attraction. Large-scale burning in the central grasslands of Oita Prefecture could be called a Fire Festival.
These field burnings are exactly what maintain these beautiful grasslands. It even shows us how humans and nature can coexist. 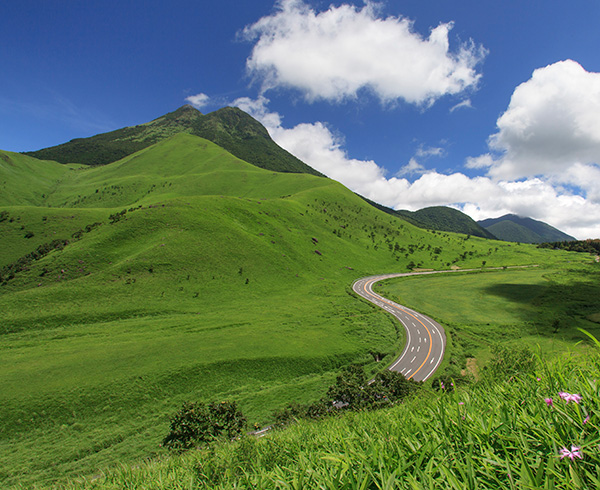