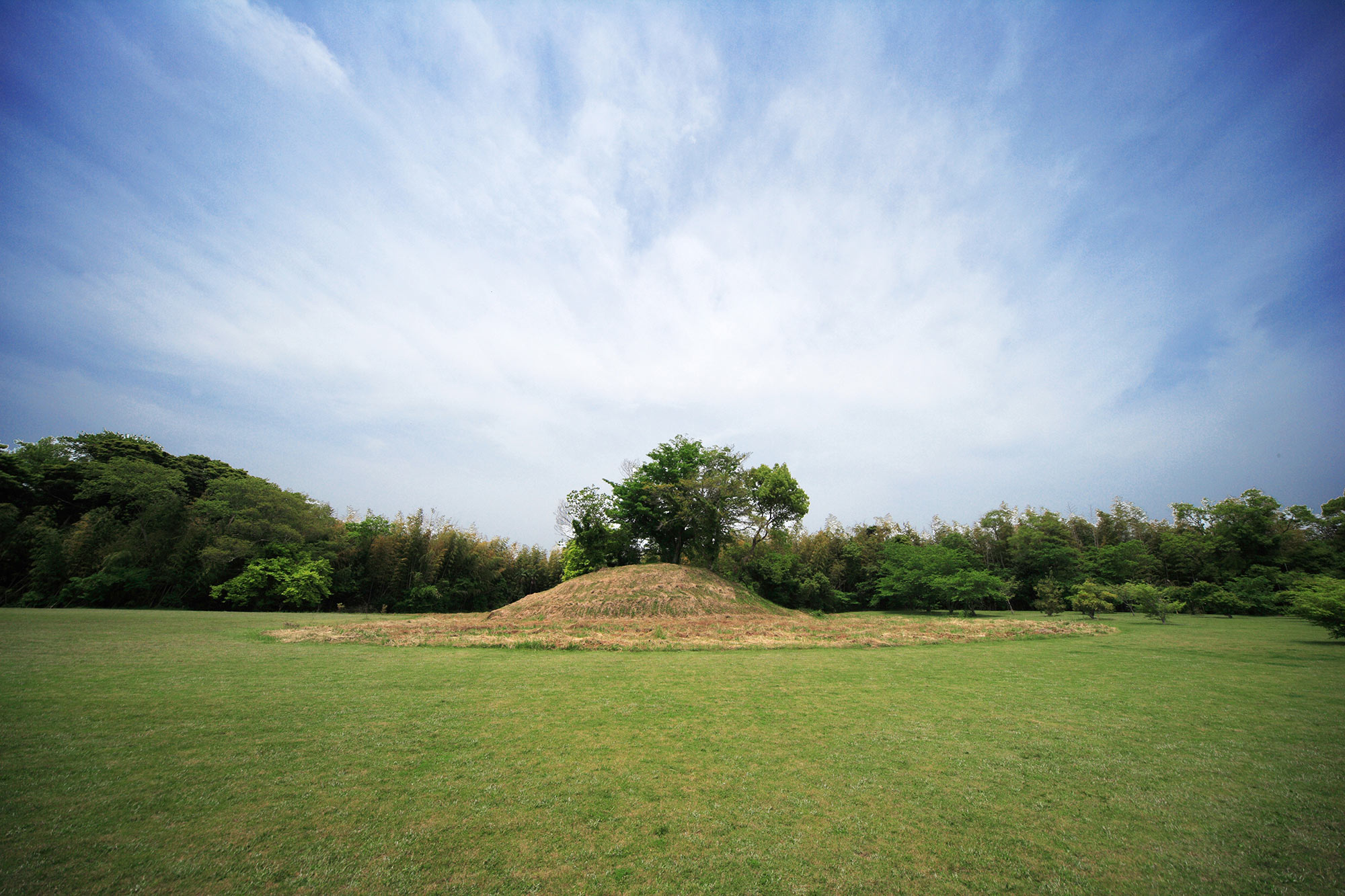 Where the Chief of the Land Rests

On the plateau on the right bank of the Yakkan River flowing through Usa is Usa Fudoki Hill. This is a historical site with a park known as ‘Fudoki,’ and there is the Prefectural History Museum in an area with many ancient burial mounds. Named after its location, these are called the Kawabe & Takamori Burial Mounds, a national historic site with more than 100 burial mounds and tombs, such as six keyhole-shaped tumuli, round burial mounds, and more. It is the second biggest in Kyushu after Saitobaru Burial Mounds in Miyazaki Prefecture.
The biggest keyhole-shaped tumuli is Fukushouji Mound (total length of 82 meters), followed by Kurumazaka, Akatsuka, Mengahira, Kakubou, and Tsurumi. Among these, Akatsuka is particularly worthy of note. At 57.5 meters in length and 5 meters tall, it is not particularly big, but it is thought to have been built at the end of the 3rd century, making it the oldest in Kyushu.
In autumn of 1921, it was secretly excavated under the cover of night by two villagers, who found five bronze mirrors in a box-shaped sarcophagus in the back of the mound. This information quickly reached archaeologists, and as the result of a field study, they found that the mirrors were all made in China and of excellent quality, and that they were accompanied by beads, iron blades, iron axes, and pottery fragments.
A report by Sueji Umehara (former professor at Kyoto University) was published in an academic journal, gaining Akatsuka sudden fame. What drew attention in particular was that this burial mound was deemed to have been built very early on based on its shape, as well as the fact that four of the mirrors were triangular rimmed ancient mirror decorated with gods and animals, and were made from the same mold as mirrors excavated in other areas, such as Yamato.
That is, these could be proof that the early Yamato government gained a foothold in Kyushu while forming alliances with chiefs of the various lands in the Seto Inland Sea area from Kinai area, aiming to create a united kingdom.
The Usa Plain was the gateway to Kyushu, located in a strategic land and sea position. Did the chieftains of powerful groups and lands influencing the Usa region since the Yayoi Period form these ancient burial grounds, first resting in Akatsuka, then Mengahira Mound to Tsurumi Mound in the 6th century? 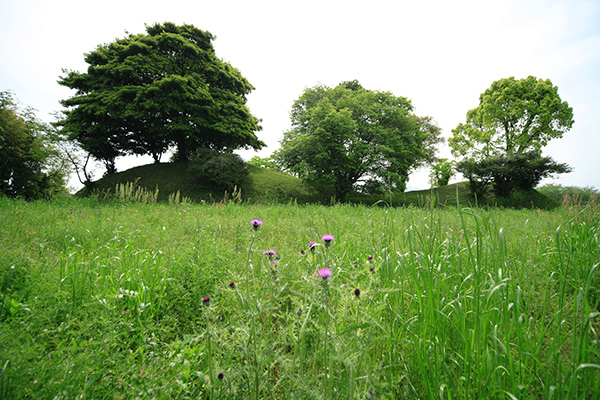 Akatsuka Mound, thought to have been built at the end of the 3rd century.