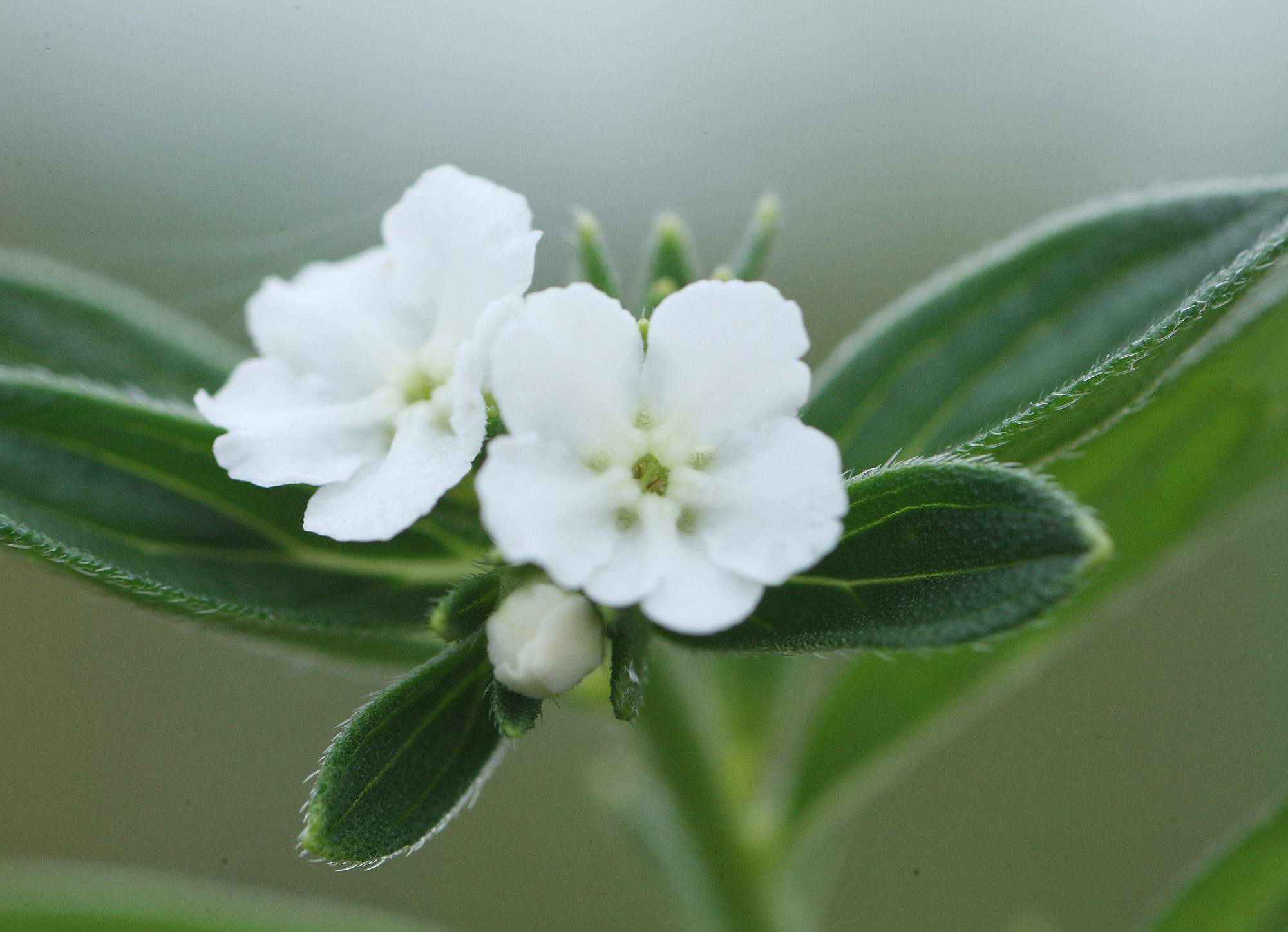 Purple is a color of nobility and sacredness. It was the color of the emperors’ clothes and formal attire of the Roman Empire, and Jesus Christ also wore a purple coat upon his last day. In Japan, the top of the twelve classes of officials, designated by Prince Shoutoku, wore purple.
It was also a color of love. In the Manyou-shu setting, Prince Oama, in response to the Princess Nukata who married his brother sings to his “sister in with a scent of purple gromwell (Murasaki),” that “he misses her and regrets that she is a married woman now.” In the Tales of Genji by Murasaki Shikibu, the beloved lady of Hikaru Genji is named “Murasaki.” The scent of purple (murasaki) represents beauty itself.
In the setting of courtship Murasakino, purple gromwell was cultivated to use as the dye for purple color, even managed by an official guardian as the government-owned farm. These farms were placed in various places to deliver to the imperial capital, and Bungo used to be known to hold the great purple gromwell garden nationwide. In the Bungo no Kuni Shouzeichou (“Bungo Province Tax Book”), Kusu and Naoiri are mentioned, and a mokkan (narrow strip of wood on which an official message is written) discovered in 1984 from the ruins of Dazaifu stated “purple gromwell delivered from Amabe of Bungo Province.” The record says the chief officer of the Bungo Province attended the sowing and harvesting of purple gromwell, in addition to officials visiting from Dazaifu.
As for the purple gromwell, its root was dried and made into powder, dissolved in hot water to extract the pigment to dye the fabric, then a dyeing process was repeated using lye to complete the fabric for a purple coat. This is as explained in the phrase “To dye in purple, you will need the lye…” (from Manyou-shu).
The purple gromwell was used as medicine as well, however, having declined with the appearance of modern chemical dyes and environmental changes, it was at last designated as an endangered species in the Red Data Book. It is called “the phantom flower” nowadays, but the people of the former Naoiri County and City of Taketa stood up and said “this is not the end of it.”
In 2000, the “Oku Bungo Ancient Purple Gromwell Resuscitation Research Society” was launched with the cooperation of the government and private sector. Shitochi of Taketa used to be spelled using the character “purple,” and with Murasaki Hachiman Shrine and great soil quality suitable for the cultivation, the area became the center of community re-development activities including the research and development of specialty goods and the inter-city cultural exchange of Taketa – Dazaifu – Nara. 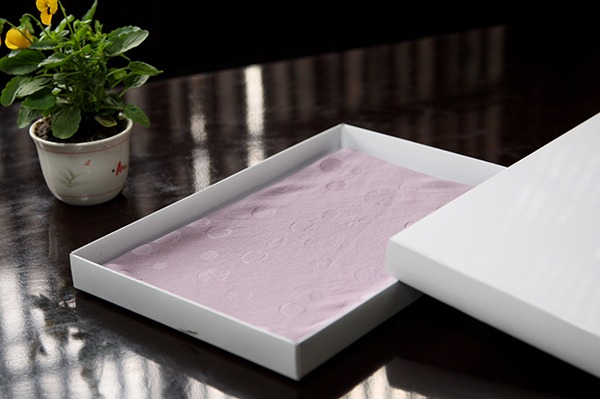 The fabric dyed with pigments extracted by the dried root made into powders.