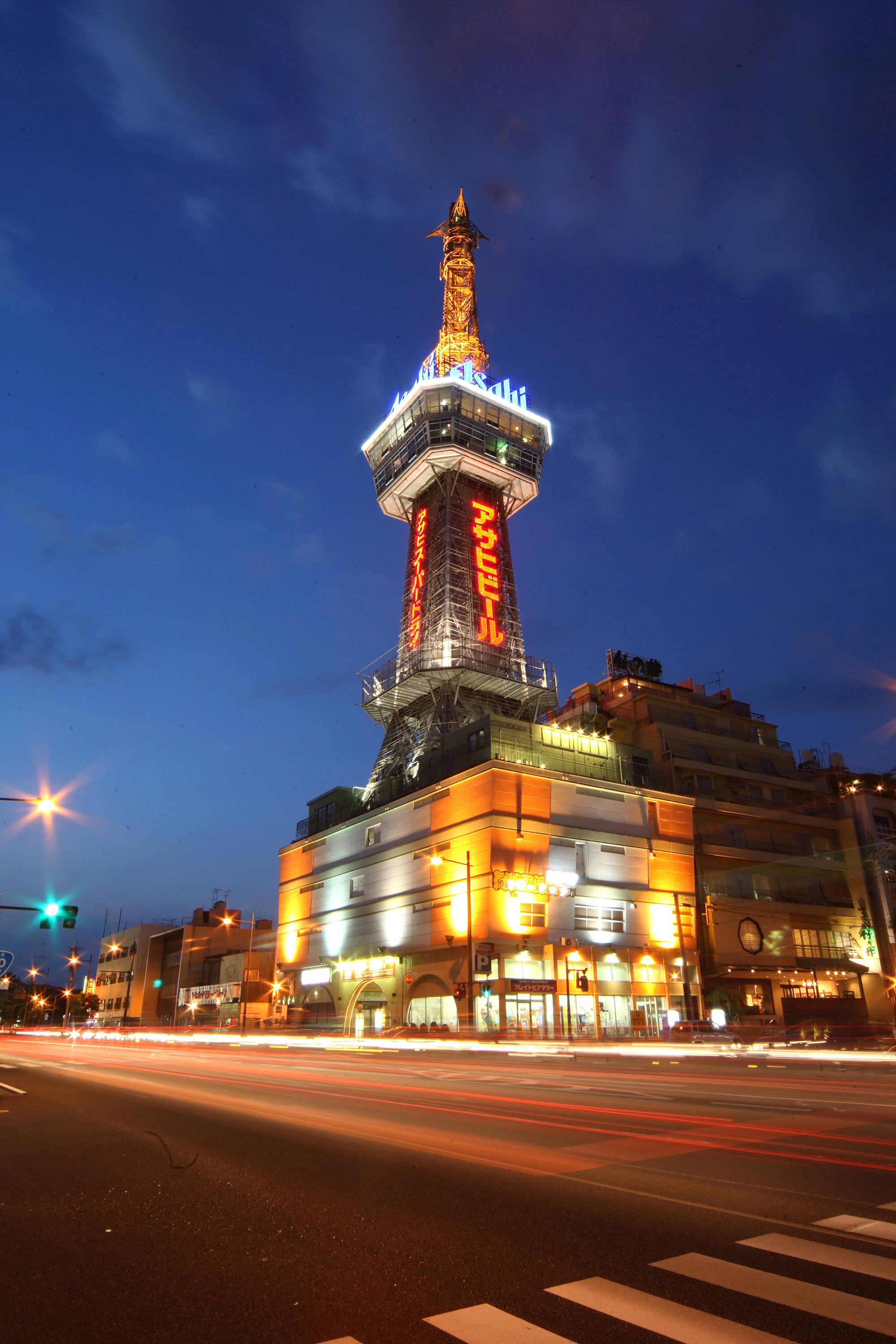 a Symbol of the City of Tourism

The city of Beppu and its surrounding area forms a gentle slope from the foothills of Mount Tsurumi Peaks to where waves crash ashore at Beppu Bay. The city forms a colorful mosaic between the greenery of the mountains and the blue of the sea. Accenting this city of hot springs, sprawling with friendly landscapes of nature, towns, and people, is Beppu Tower.
It is 90 meters high. Conceived as the centerpiece of the Beppu Onsen Tourism Industrial Expo, construction for the tower, which would serve as a symbol of Beppu as a city of tourism, was planned in 1956, the year before the expo. Although Beppu Tourism and Development, Co., Ltd. was established for this, funding-related problems pushed completion back to May 10, 1957, just before the end of the expo.
The architect of this tower is Tachu Naitou, the same person behind Tokyo Tower. It was the third tallest tower in Japan after Nagoya TV Tower and Tsutenkaku in Osaka. It is one of the “Six Brother Towers” along with Sapporo TV Tower, Tokyo Tower, and Hakata Port Tower built afterwards.
When the tower was completed, nearly 4,000 people applied to work there. Lines of people waiting at the reception for the tower lapped three or four times around Kita Elementary School that stood there at the time. The Golden Age of tourism in Beppu, including the tower, was from the 60s to the early 70s. Nearly one million people a year went to the top of the tower. It was around the same time that the wooden inns in the area were transformed into Western-style hotels. However, with part of the area cut off by expansions of National Route 10, the area entered a downturn, and during the 80s went into a period of such crisis that the city considered dismantling the tower. However, this was dodged through its management taken over by the Taihou Leisure Group. The tower was even registered as a Nationally Designated Tangible Cultural Property by the nation in 2007 for its 50th anniversary.
The tower, stretching straight into the sky from the edge of the sea and town, is incredible, as is the view from the observation deck 55 meters high. However, the memories are not just for tourists. It now serves as a kind of emotional support for the citizens, most of whom have gazed up at this tower since childhood. The tower will likely to continue to exist with Beppu natives in the future. 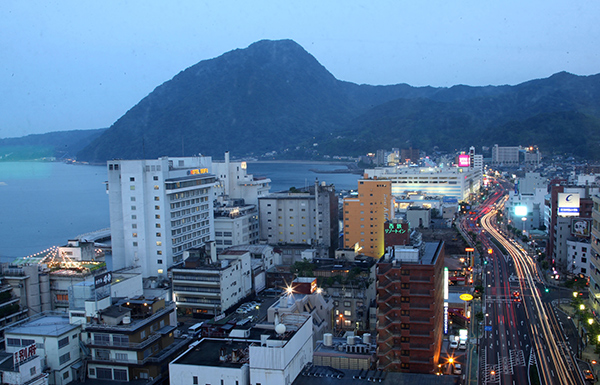 The view of the Kitahama area from the tower.