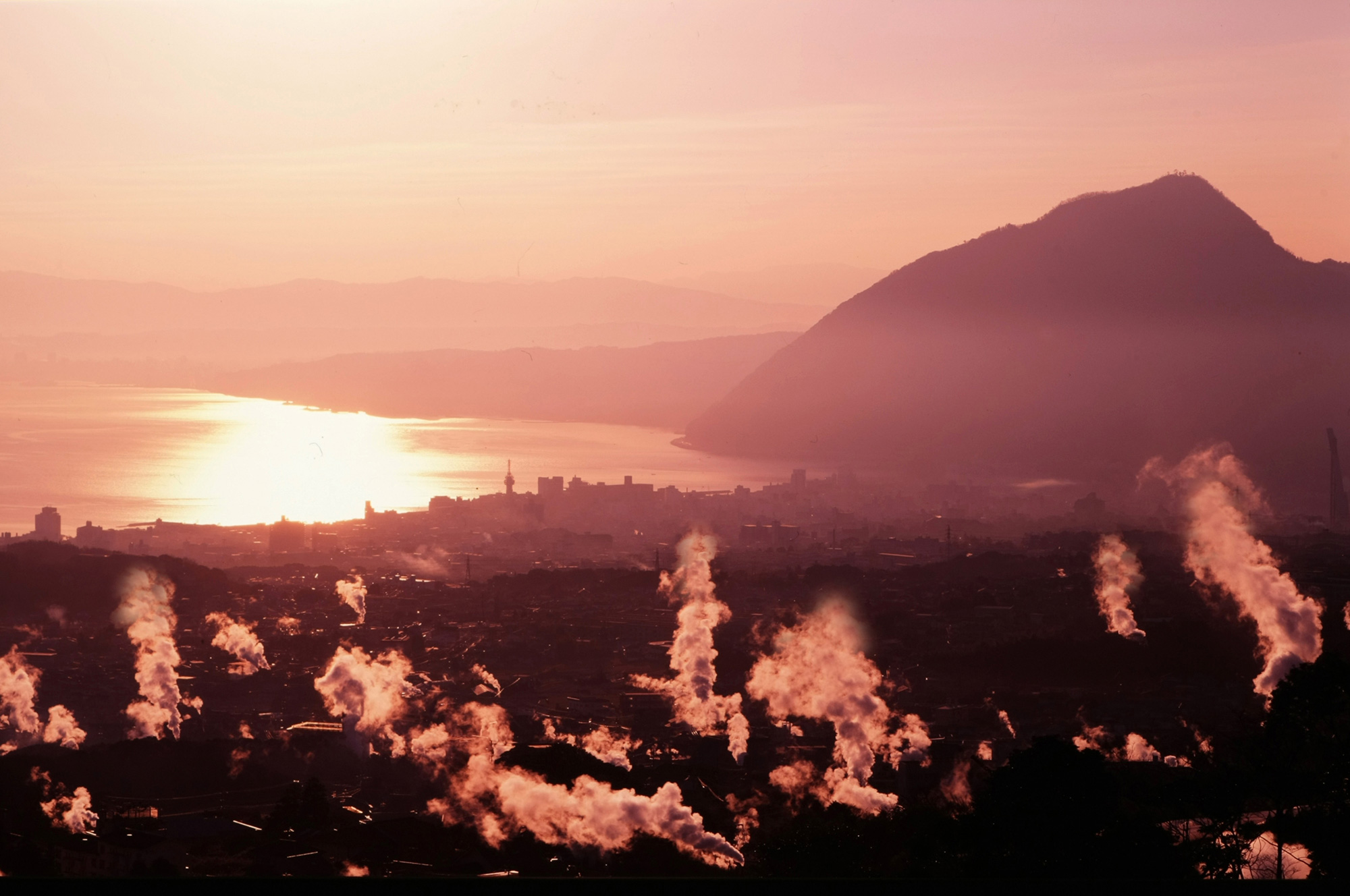 the Hot Spring Capital of the World

Nearly 3,000 hot spring sources produce more than 130,000 kiloliters of hot water a day. Plus, there are many kinds of hot springs. Beppu Hot Springs are not only the best in Japan, but compete to be the best in the world. However, although we often refer to these collectively as Beppu Hot Springs, this is a conglomeration of eight different hot spring districts. For this reason, the word used since ancient times, Hattou (“Eight Hot Springs”) has now taken root as Beppu Hattou. There are hundreds of hot springs in these districts, which are Hamawaki, Beppu, Kankaiji, Horita, Kannawa, Myouban, Shibaseki, and Kamegawa.
The gods of Mount Tsurumi Peaks stretching in the background were, according to the Engi-Shiki, male and female Hono-o and Hono-me volcano gods who became the parents of the hot springs. Sprawling before your eyes is the tranquil Beppu Bay in the Seto Inland Sea. According to the Iyo-no-Kuni Records (surviving through quotation), it says that “We brought the hot waters of Hayami, Oita down in a trough” and opened up Dougo Hot Springs in Ehime.
The city situated on the gentle alluvial fan between the mountains and sea appears as a mosaic. The scenery overlooking from the highlands or the seaside is truly spectacular. The countless stacks of steam rising from the mountains is also a symbol, a sign of Beppu. It is an especially grand sight in the cold of wintertime.
Hot springs have been known since antiquity, with development of these beginning in earnest in the Middle Ages. In modern times, tourists nationwide come here by rail or by sea, and with the Special City Planning Act (1950), Beppu was the first to become an international hot springs and cultural city, with a high number of foreign visitors as well. At the same time, hot springs came to be used for a variety of purposes. This goes beyond bathing, sightseeing, and collecting alum to include everything from floriculture, fish farming, and medical treatment to beauty and even geothermal power.
Perhaps due to the economic growth period and tourism boom, it was once renowned as a city “sitting cross-legged atop the hot springs,” but recently industry and the private sector have been active as well. Like its hot springs, the city’s events are diverse, with regional revitalization as its objective, including Hattou Onpaku (Beppu Hattou Hot Springs Expo). 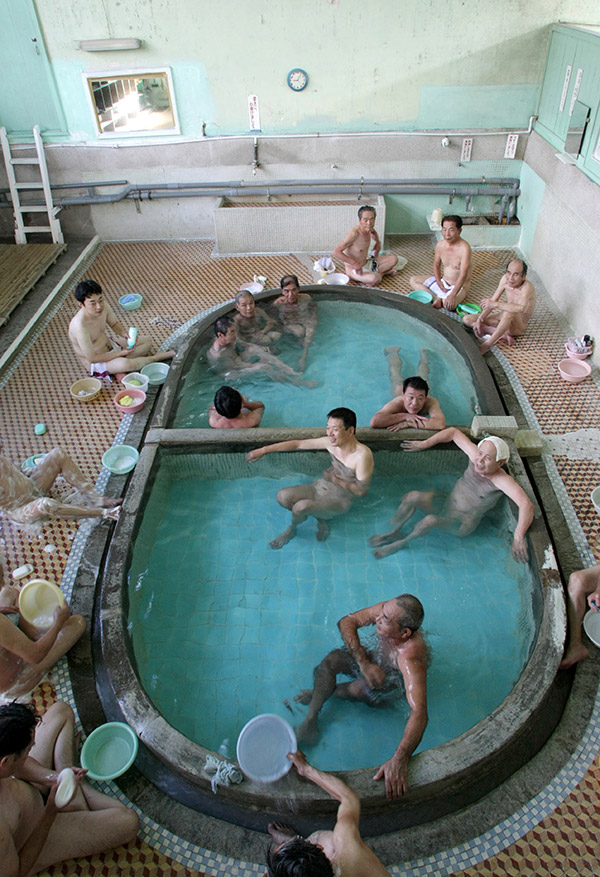