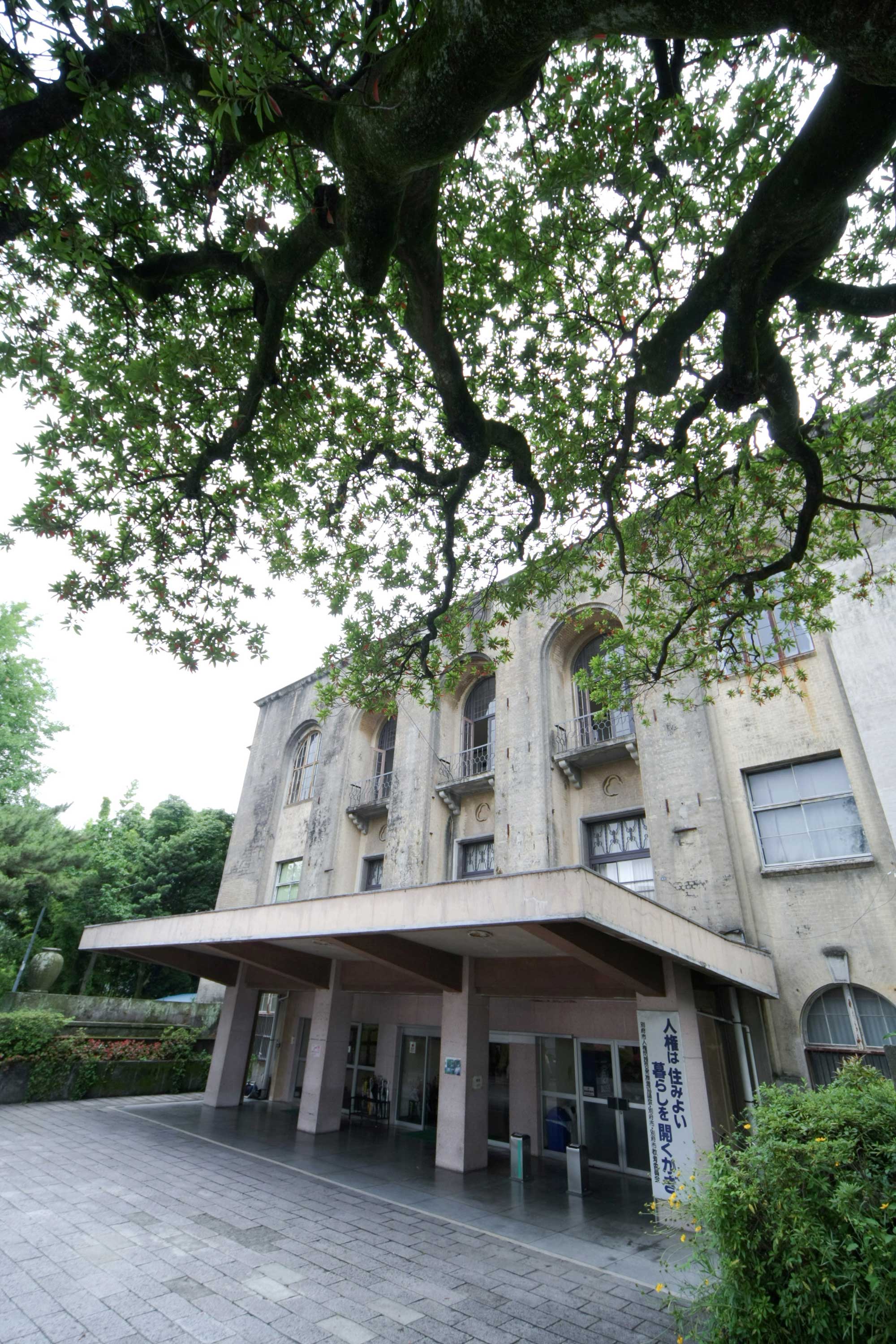 Beppu has many modernization heritage sites. The character of the people of Beppu familiar with modernization, which grew as a hot spring and sightseeing area, made it easy to accept architecture that was new during Japan’s modernization, and fortunately these were not destroyed in war.
One of these representative works of modern architecture is the Central Community Center (formerly Public Hall). Beppu became a city in 1924. To commemorate this, the center was built, and was completed in 1928. The architect was a leader of early modernist architecture in Japan, Tetsurou Yoshida (1894 – 1956). He is famous for his later work on the central post offices of Tokyo and Osaka. Legend has it that he modeled the design after the city hall in Stockholm, Sweden.
Also involved in drafting and on-site supervision was civil engineer Mitsuhiko Ikeda. He also went on to design Hamawaki Luxury Hot Springs, which has unfortunately been dismantled in recent years.
The exterior is made of tranquil ocher scratch tile. The main entrance on the east side consists of five arches, which are imposing yet clean-cut and elegant.
The same is true for the interior. The interior of the large auditorium, which can accommodate 900 people, has ceilings and windows with rhythmical arches as well as wall decorations on the walls reminiscent of abstract painting and sculpture. With stained glass designed to resemble a starry night, this space is romantic, and even the toilets and lighting fixtures shine with the delicate sensibilities of the era.
However, repairs beginning in 1967 removed the round staircase to the main entrance on the second floor and significantly changed the façade. The city has been restoring the building to its old form since 2014, along with installing earthquake resistant upgrades, and it is currently the City of Beppu Public Hall.
Using the heritage sites left to us by our ancestors will be important for Beppu in following its path as a truly international hot spring and cultural city. 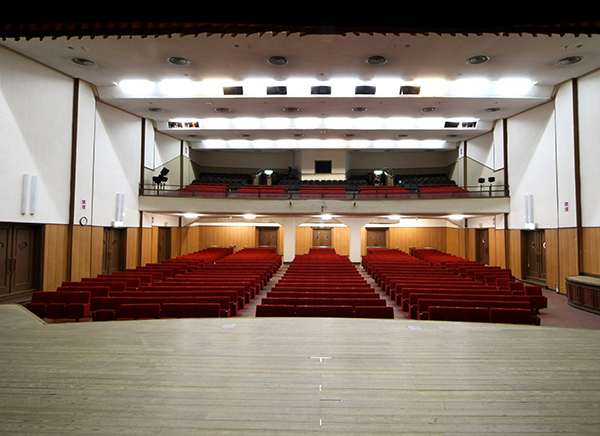 The exterior is made of tranquil ocher scratch tile, and the main entrance consists of five arches that are imposing yet clean-cut and elegant. The interior also shines with the delicate sensibilities of the era.