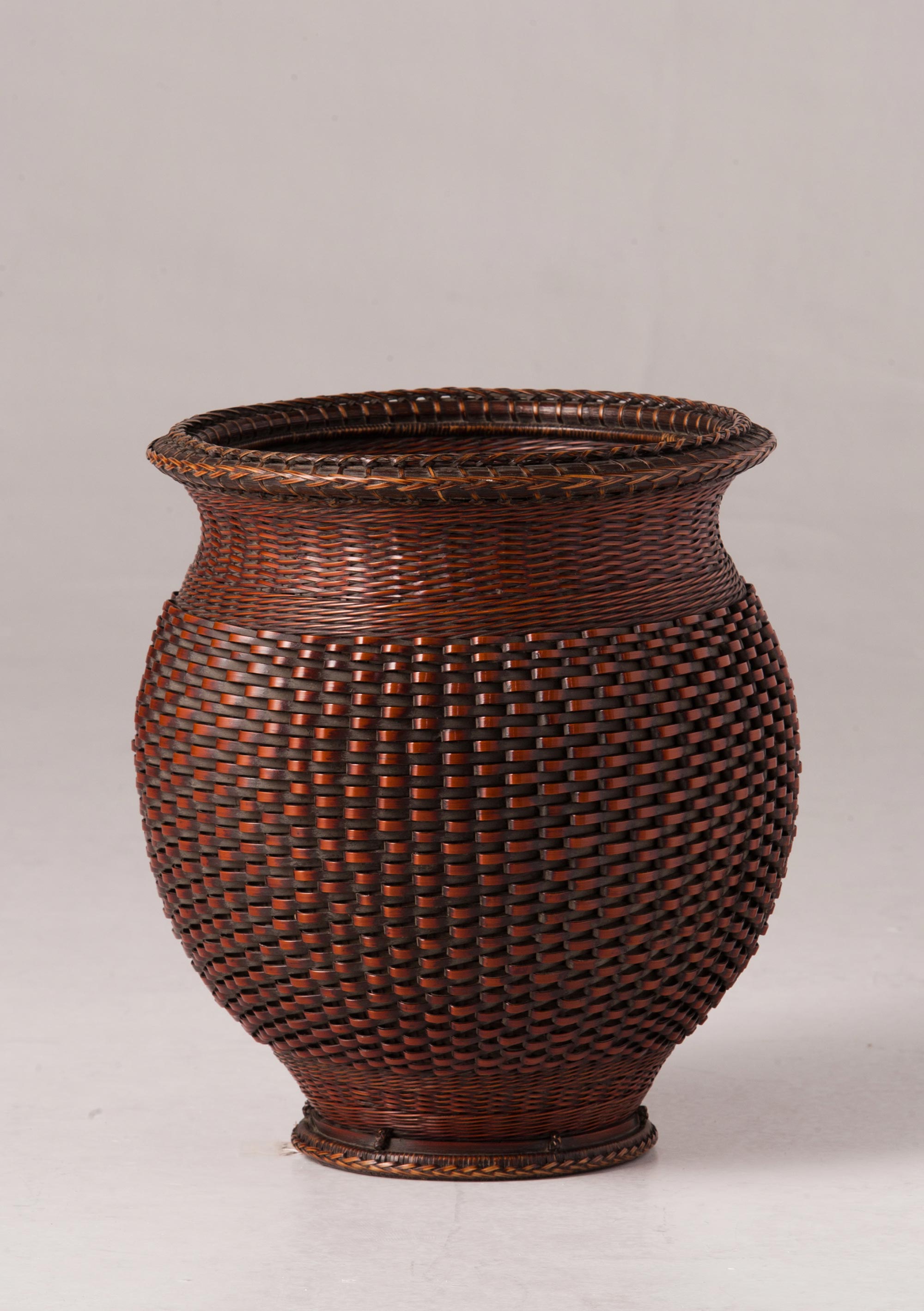 While Beppu has been famous for its hot springs since antiquity, its bamboo crafts have a long history as well. According to legend, when Emperor Keikou the Twelfth stopped by Beppu on the way back from his conquest of the Kumaso in Kyushu, his companion, an imperial kitchen servant, discovered lots of high quality bamboo. It was recorded in tales of Emperor Kekiou in the Nippon Shoki that this bamboo was used for mego (tea bowl baskets).
Bamboo crafts began as a way of making the necessities of everyday life. The material grew in abundance. There is a lot of bamboo not only in Beppu but in Oita Prefecture, and its production of giant timber bamboo is the highest in Japan. This was used at first as a side business for farmers.
In the Meiji era, the hot springs of Beppu became famous and tourists rapidly increased. Most of them came for the hot springs therapy. These people began demanding souvenirs, starting with the daily items they used during their stays. As mementos from their travels or a souvenirs for their neighbors, these Beppu specialties became renowned nationwide.
When this happened, the nature of the products was changed, going beyond the framework of tools for living. What’s more, many cultural and business people visited and bought second homes in Beppu, increasing demand for works of artistic craft rather than mere practical tools.
This pioneered the way for craftsmanship. Nevertheless, training was required to acquire both the skills and the aesthetic sense. This is why, in 1902, what were the towns of Beppu and Hamawaki formed a school association to establish an industrial training school. Many students enrolled, not only from Beppu but from outside the prefecture as well, bringing techniques from all over the country to Beppu, and even producing full-time artists.
Bamboo crafts, which showed an improvement and broadening of technology, fell into crisis in the 1960s during the high economic growth period. This was because of the advent of mass-produced plastic products. However, the bamboo artists did not lose heart. Through their efforts, they successfully shifted to high-end crafts, giving rise to many famous artisans, including living national treasures. This is now being passed down to many young people.
Bamboo crafts living among the hot spring steam. In the outskirts of town, cool breezes blow through the bamboo groves. Items created with such memories enrich our homes. 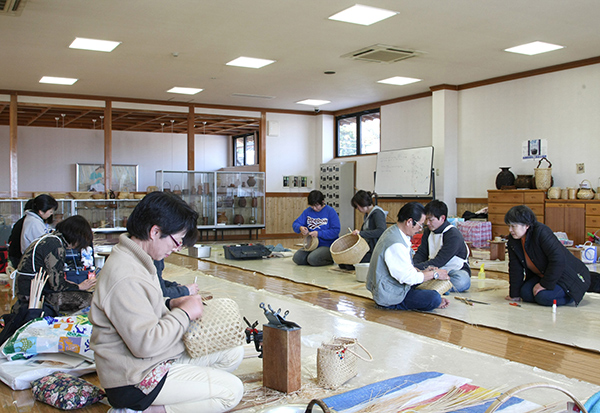