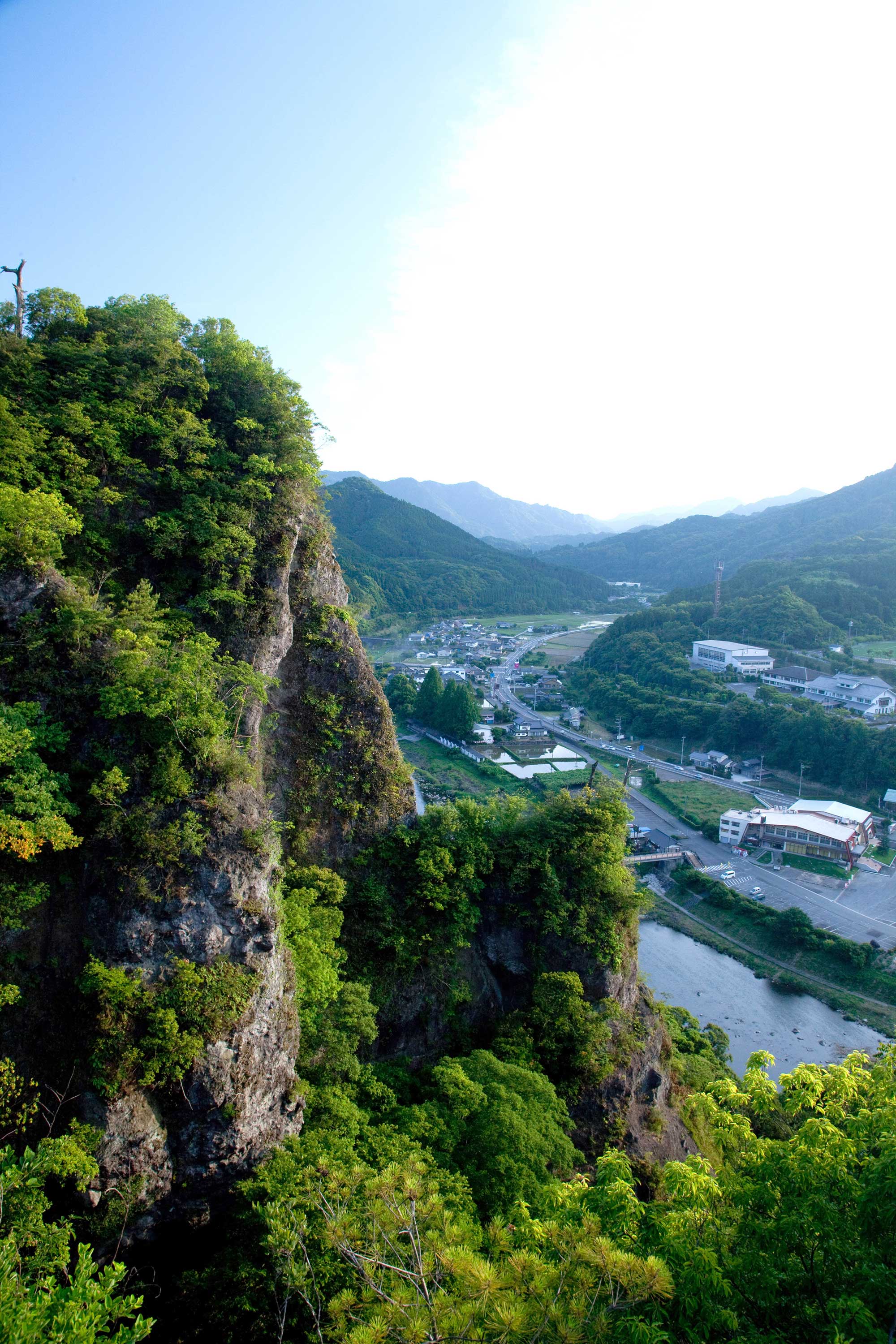 Created by Rock Formations and the Human Hand

Though called by the single name Yabakei Valley, this area is actually fairly expansive. The range nationally designated as a scenic site also spans from Nakatsu to Usa, Hita, Kusu, and Kokonoe, and is generally divided into what is called the “Ten Valleys of Yabakei.” At the center of this is Hon-Yabakei (Main Yabakei), where, among other things, lie Ao-no-Doumon Tunnel and Kyoushu Peak.

Rai San’yo is well-known as the godfather of Yabakei. In 1818 when he was visiting Kyushu, he came across the Yamakuni River Basin on his way from Hita to Nakatsu. He gazed upon landscapes of green interspersed with rocks and water and wrote the name of Yamakuni Valley in the Chinese style as Yabakei Valley, drawing it in the Picture Scrolls of Yabakei and praising it as peerless.

The place where San’yo walked was the main Yabakei Valley. The magnificent mountains competing on the shores of Yamakuni River and tunnel passing through these create a landscape that would have inspired awe in him.

While his acclaim of Yabakei Valley made the “Scenic Views of the World” known to the world, what has made Ao-no-Doumon Tunnel famous in the modern era is Kan Kikuchi’s novel Beyond the Pale of Vengeance. With a chisel and mallet, Zenkai the monk dug a tunnel of 342 meters in length, including the 144 meter long section tunnel entrance of Doumon, over 30 years starting in 1734 to save those who follow the dangerous riverside path beneath the rock walls of Kyushu Peak from hardship. While it has now been expanded, the skylight windows he made remind us of his endeavors.

Yabakei is an area of igneous rock, and the lava forming this landscape can be broadly classified into old and new. The new lava include smooth stone rock formations like Hitome Hakkei (Oita Heritage Site), while the old lava is welded tuff that produces fantastic rock formations and strange peaks. Representative of this would be Kyoushu Peak. It is only natural that this, along with the bored out tunnel entrance of Doumon, would become one of the “Top 100 Japanese Landscapes Made By Humans and Nature.”

You can also walk along the rock ridges of Kyoushu Peak. While looking up at these rows of rocks creates an impressive sight, the views from the edge overlooking Yamakuni River and the settlements in its basin are exceptional as well. 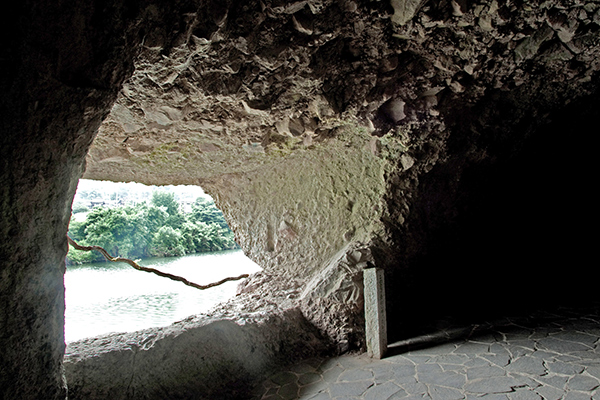 Kyoushu Peak, a typical rock formation produced by welded tuff (pictured above), and Ao-no-Doumon Tunnel, the setting of Kan Kikuchi’s Beyond the Pale of Vengeance.