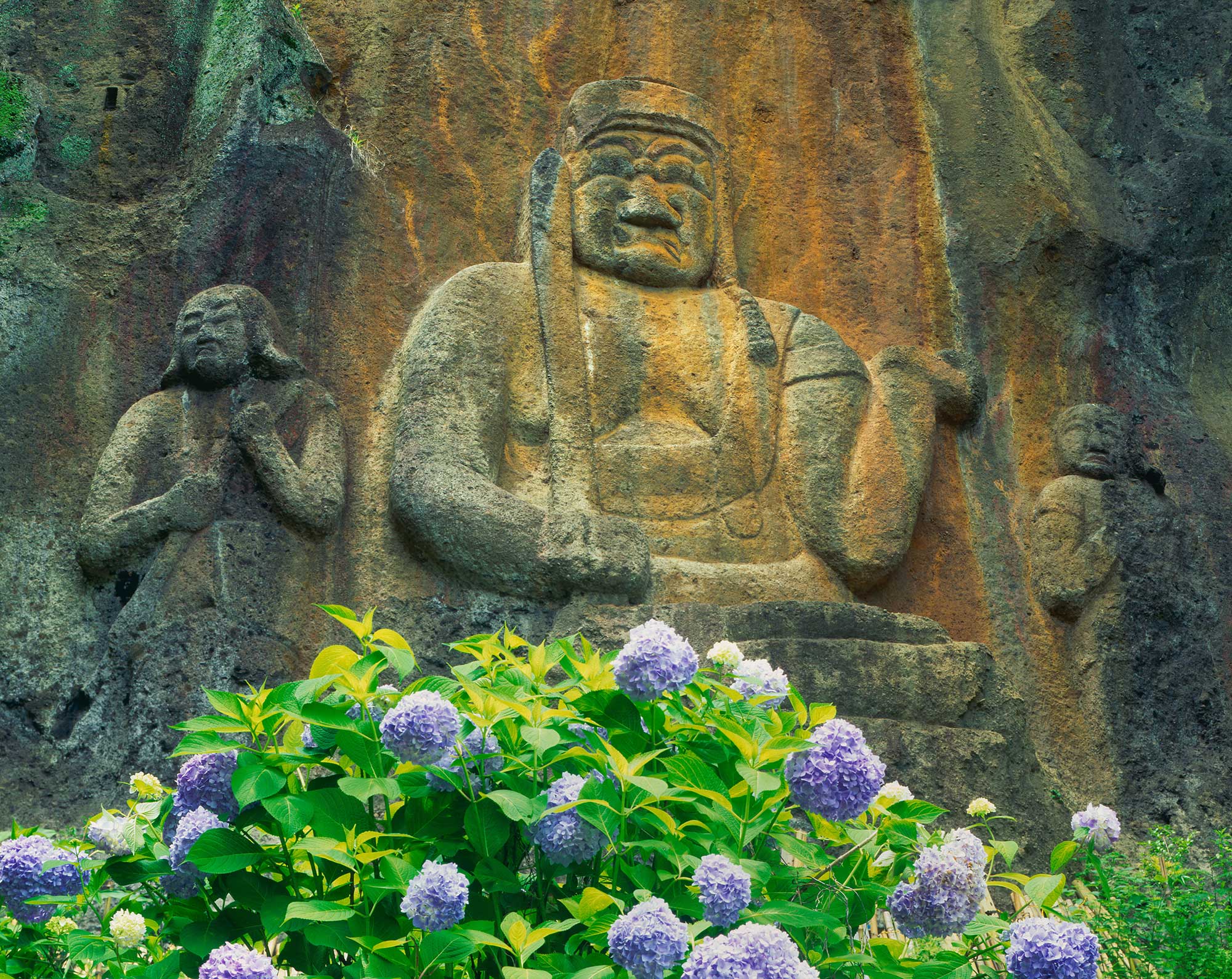 Thick Carvings that Stand Out

There is a word “Bungo Bukkoku.” With the “B”s in line, it’s easy to say. It means the land of Bungo province has a lot of Buddhas, and Buddhism is quite prevalent here.
When you think of Land of Buddha or a sanctuary of Buddhism, there is “Rokugou Manzan” in Kunisaki Peninsula of Oita Prefecture, but actually another place where you can see as much Buddhism is in Bungo Ono and Taketa, where the Ono River runs. Today, the area is integrated as 28 Points of Oku Bungo Ono River Basin, Koji Magaibutsu Fudouson Reijou.
The number 28 must have originated from the Hokkekyou Lecture of 28 Chapters, as in Kunisaki. To name a few, for examples of temples, there are 16 of Shingon and Tendai Esoteric Buddhism such as Kan-nonji Temple in Taketa, Jinkakuji in Asaji, Jouchuji in Ono, Shoufukuji (Muredake Kannon), Kichijouji, and Renjouji (Uchiyama Kannon) in Mie. As for Magaibutsu, there are 12 locations including Sugao in Mie, Miyasako in Ogata, Fukouji in Asaji, Osako or Inukai in Chitose.
Usa Jingu Shrine is deeply related to the formation of Rokugou Manzan, and the Bungo Oga clan, connected with the Usa Shrine, seems to have had influence in the Ono River basin as well. The history of the Reijo goes back quite a while, with some of the temples and stone Buddha statues dating back from Heian to Kamakura era.
Although there are a lot of Magaibutsu statues in Kunisaki, the characteristics of Oku Bungo is that there are so many of them that you can check out these Magaibutsu statues by merely getting on a JR local train. As for the method, Kunisaki does the relief carving, whereas in Oku Bungo thick carving is more prominent. Sugao Magaibutsu is a typical example, which shows that Okubungo has common culture with the national treasure, Usuki Magaibutsu.
The very deep religious faith of our ancestors who had to create the figure of the buddha even on a stone, or the depth of distress they had, protected the stone buddha through multiple battles and wars, and it shows the great efforts of the temples that have experienced rise and fall. The temples and people in the area have created routes going around the 28 spots, as well as maps and pamphlets. 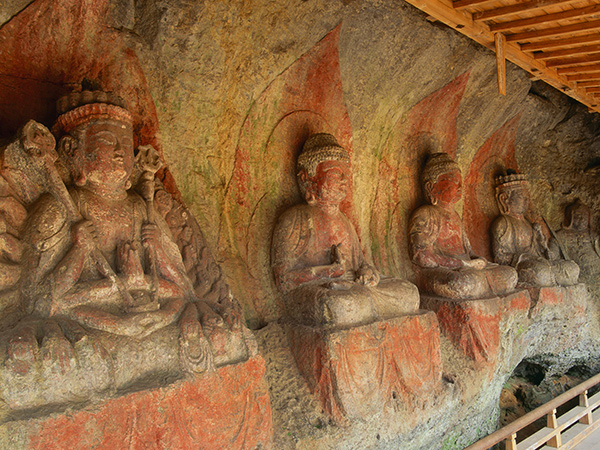