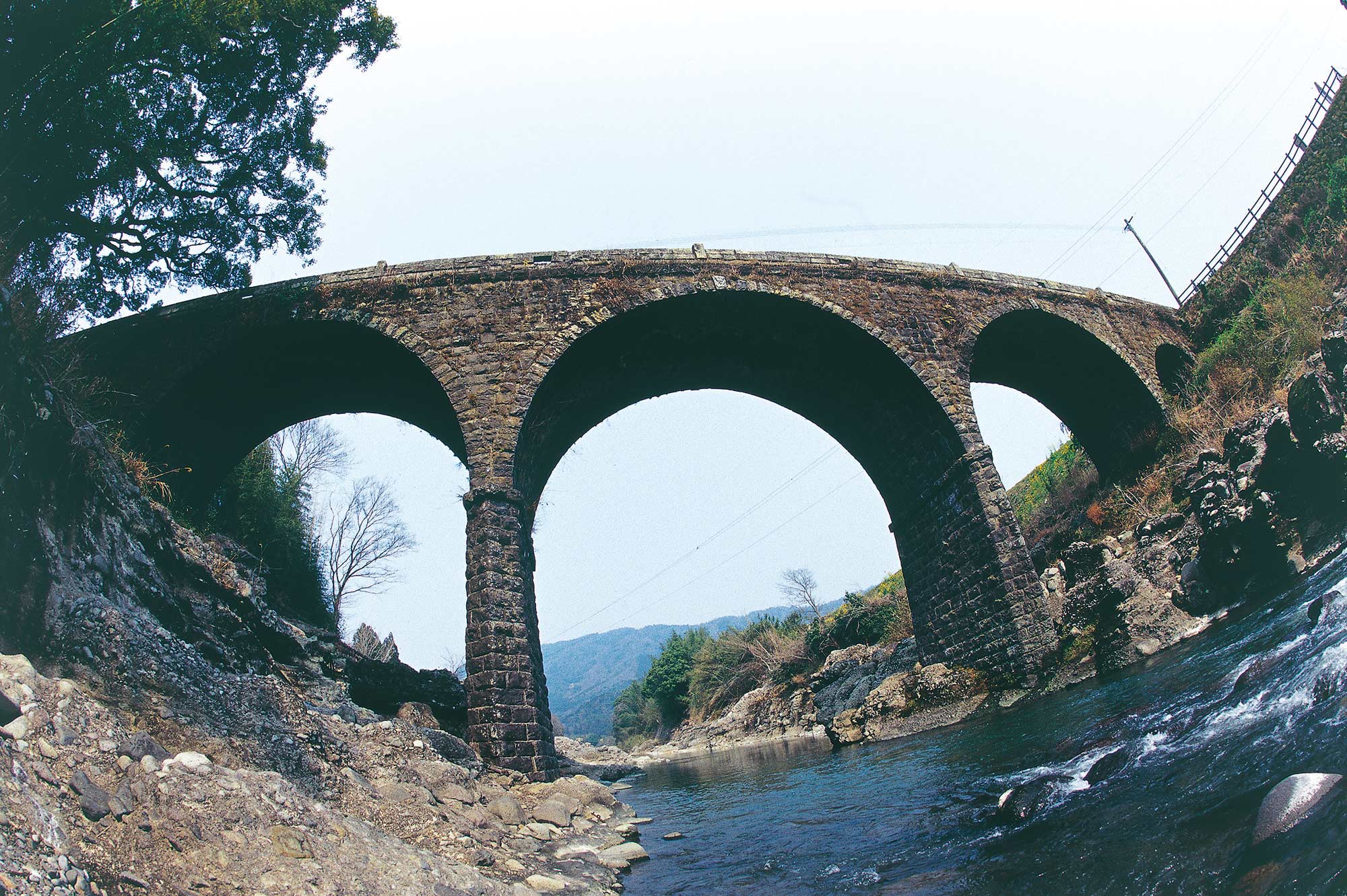 Oita is the leading area when it comes to “stone culture,” including 70 to 80 percent of the nation’s Magaibutsu Buddhas, countless stone towers such as Kunisaki Tower, and the beauty and craftsmanship of stone masonry, which could be called a master craft. However, few know that Oita is home to the highest number of stone bridges, that is, stone arches sometimes called megane-bashi (“spectacle bridges”) in Japan.

According to the Oita Stone Bridge Research Society, nearly 500 stone bridges exist in the prefecture. And roughly 60 of these, a whopping 10%, are found in Innai, Usa.

Unlike the neighboring town of Ajimu in the river basin, the town of Innai is characterized by its deep gorges, and has been called Innai Valley since antiquity. Forming this valley is Era River, located upstream of Yakkan River, and its tributaries, which are crossed by many of these stone bridges.

Rivers with the most stone bridges besides the mainstream of Era River include Innai River and Kounami River, but most other tributaries have stone bridges as well.

Torii Bridge, the best known bridge, has five connecting arches and is 55 meters long and more than 4 meters wide. Its impressive height viewed from the bottom of the valley is beautiful as well. Said to be reminiscent of Roman aqueducts, some have also described it as the figure of a lady. It was built in 1916 by stonemason Shinnosuke Matsuda.

Matsuda was the master stonemason of the modern era who built more than 10 bridges, but the bridges of Innai Valley tell of more than 20 famous stonemasons, from Toushirou Yamamura in the Edo Period to masons in the Showa and early Meiji Period.

Mikutsu Bridge, Fujimi Bridge, and Bunji Bridge have three arches. Each bridge has its own style, but most of the 60 bridges mentioned are crossed even to this day. These are very much “living cultural properties.” 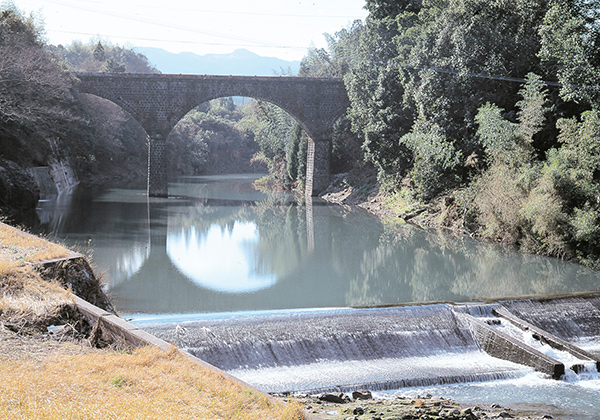 Torii Bridge, said to be reminiscent of Roman aqueducts and also described as the figure of a lady, and the three-arched Mikutsu Bridge.