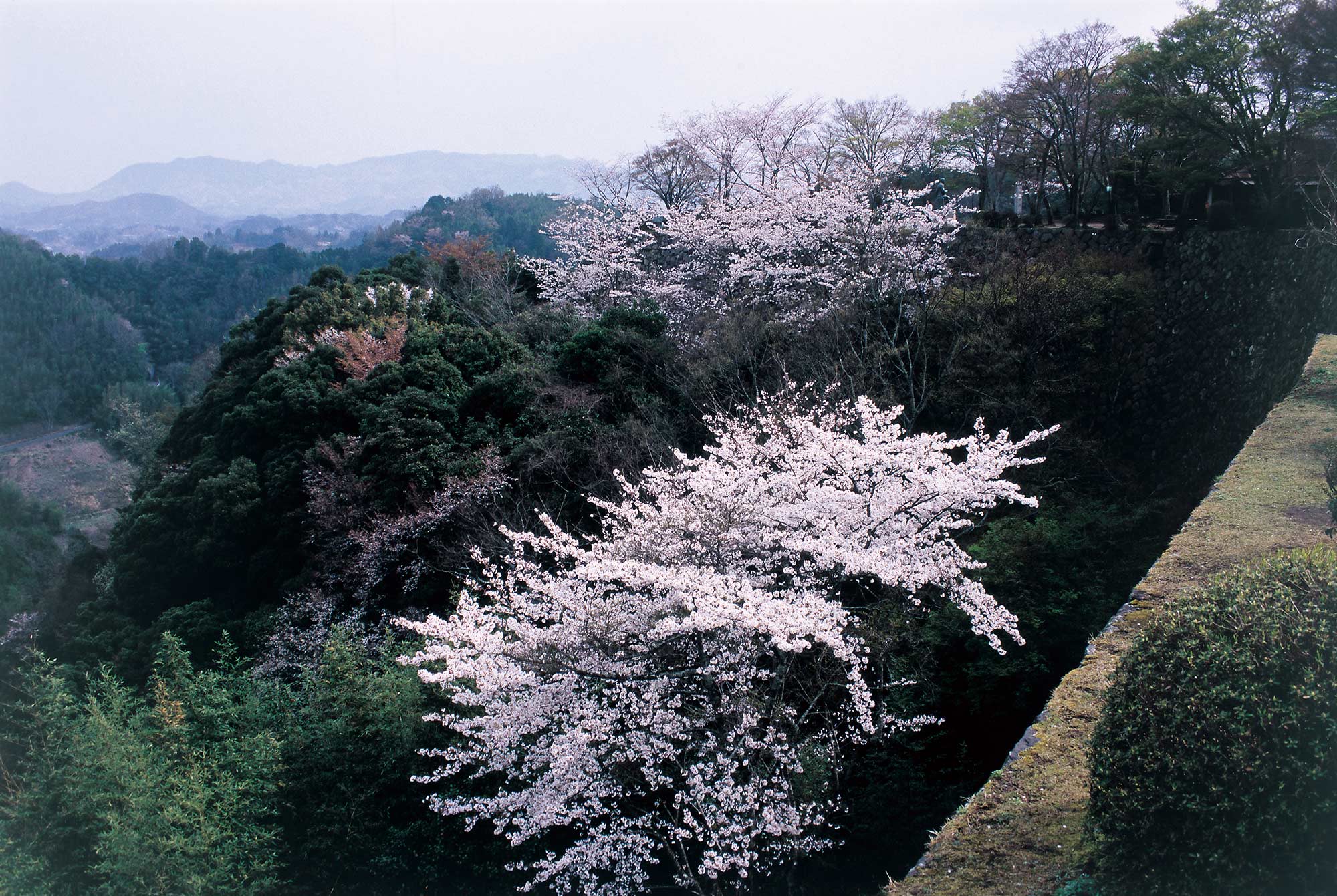 “Haru Kourou no Hana no En (In spring, the cherry blossoms are in full bloom, a splendid banquet is taking place”) (Famous line from the song “Koujou No Tsuki” (“Moon Over Ruined Castle”) by Rentarou Taki). The cherry blossoms in the ruins of Oka Castle, selected as one of “Japan’s Top 100 Cherry Blossom Spots,” are literally in full bloom. Going into the Ote-mon gate from the parking lot, tall and wide stone walls welcome you. The arrangement of stones are just stunning, whose mechanism allows gravity to disperse. It is said to have been instructed by Kiyomasa Katou. Looking down, the main stream of Ono River and Inaba River acting as natural moats, it was a naturally made an impregnable castle.
Nearing the end of 18th century, Koshouken Furukawa entered the Oka Castle and wrote, “It was a surprise entering the mountain castle that I have heard about for a long time. I would say this is the best of the top three mountain castles of all.” Certainly he had the eyes of an expert, as a theory assumes he was a secret agent for the Shogunate.
Another theory says Oka Castle was built by Koreyoshi Ogata of Bungo Bushidan army who became famous during the Genpei War, in order to welcome Yoshitsune Minamoto, who was no longer close to his brother Yoritomo. During the medieval period, the Shiga clan resided in the castle. During the Satsuma army’s invasion of Bungo, the Lord Chikatsugu who was only eighteen then, defended the castle with only 1,000 soldiers, causing a great damage to the enemy force whose soldiers were said to be over 30,000, making the great reputation of the castle.
However, the castle setting that remains today had been maintained and expanded over three years by the Nakagawa clan, who was transferred from Banshu Miki (current Hyogo). The castle town which had been in Hasada was moved to the current downtown, and the Ote-mon gate was rebuilt in the west direction. It is a hirayama-style castle (castle built on a high hill) and was called “Gagyu Castle” for its shape, or “Bungo Taketa Castle” for the name of the place. There is the center of the castle tower, Honmaru, with a three-layer structured turret, the outer garden Ninomaru, with a tea ceremony room where the flower viewing party and such events were held, and the administrative functions, located in Sannomaru and Nishinomaru. These were combined in a horseshoe-shaped structure to further strengthen the defense function.
Although such buildings no longer exist, you can still look at the exceptional view from the ruins of Honmaru, such as Kuju Mountain Ridge in the north, Sobo Katamuki mountain range to the south, and Mount Aso far in the west. You will also see the statue of Rentarou Taki. The lyrics of the renowned “Koujou No Tsuki” continues to “Chiyo no Matsugae (the branch of the long-lived pine tree).” It is also noteworthy that the “wind through pine trees of the Oka Castle remains” is selected as one of the “100 Soundscapes of Japan.” 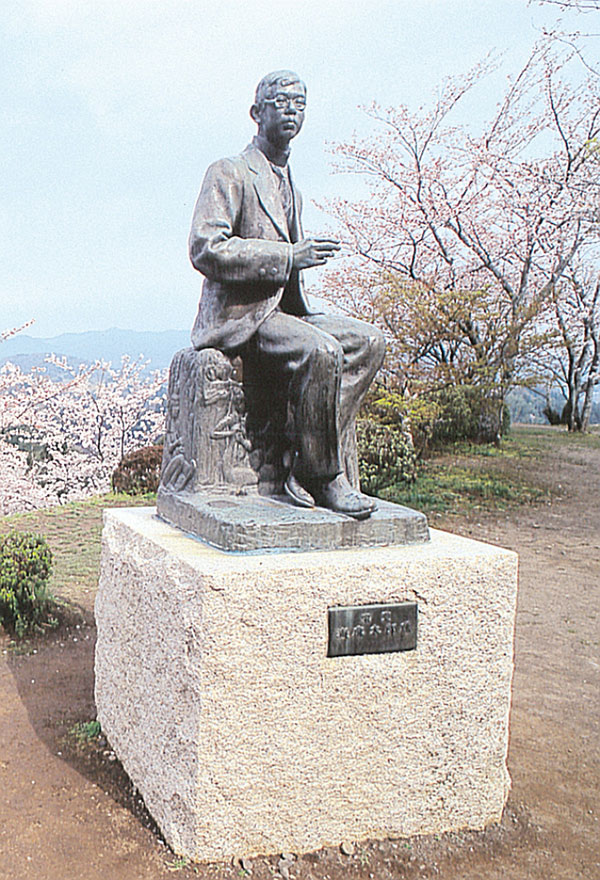 The statue of Rentarou Taki also enjoys the flowers and the sound of wind blowing through the pine trees.