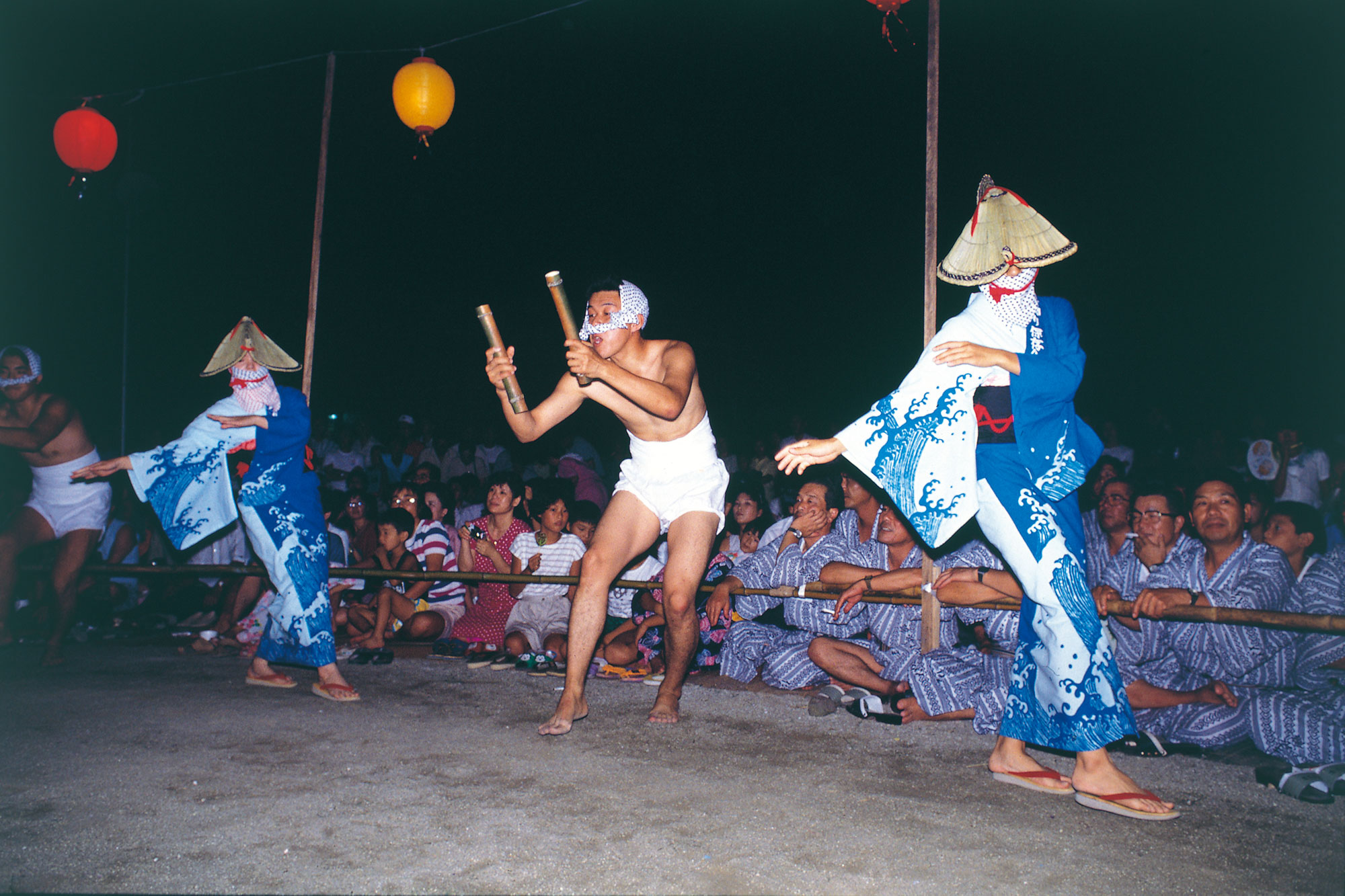 Three Days Where the Population Quadruples

Every summer, those returning to Himeshima Island for the Bon Festival (Festival of the Dead) as well as onlookers gather in numbers so large it is said to “sink the island,” where men dance wildly, women elegantly, and children humorously. In the village of Himeshima, the only village on this island, the Bon-Odori dance is now the national version.

Himeshima Bon-Odori is said to stem from the Nembutsu-Odori dance of the Kamakura Period, incorporating the element of refinement. The purpose of the event is to appease ancestral spirits who’ve returned to earth and send them back to the afterworld, but the event has also been passed down as a form of village entertainment, and in recent years, attracted tourism.

The population of the village is around 2,000 people (as of May 2015), but during the three days of the Bon Festival, the number of people on the island triples or even quadruples.

In the Aya dance, young men and women of Kitaura are paired together, where men vigorously shaking bamboo sticks weave themselves between women dancing elegantly. The Zendaiko Drum dance is performed by the youth of the Matsubara district. Men hold single-sided, tambourine-like drums stretched with blowfish skin and women dance among them, creating a contrast of the imposing and the elegant.

The Kitsune dance is performed by the children of Kitaura. The dance was once performed by adults, but early in the postwar period, it was handed over to children. Their adorable makeup and humorous dance moves are a huge hit. The Tanuki dance is performed by the children of the Omi district. The dance took hold from the idea that, if there were foxes (kitsune), there ought to be raccoon dogs (tanuki) as well. The Sarumarudayu dance is by the Nishiura district. It seems to have come from outside the island at some point.

The Chronicles notes that the Himeshima was “named after a beautiful goddess born from a white stone.” In the ancient times, it was a “Crossroads of the Sea” connecting Oita on the Japanese archipelago with the Korean Peninsula, or connecting Kyushu with the Chugoku Region. Perhaps this is why there is something nautical and exotic about this dance. 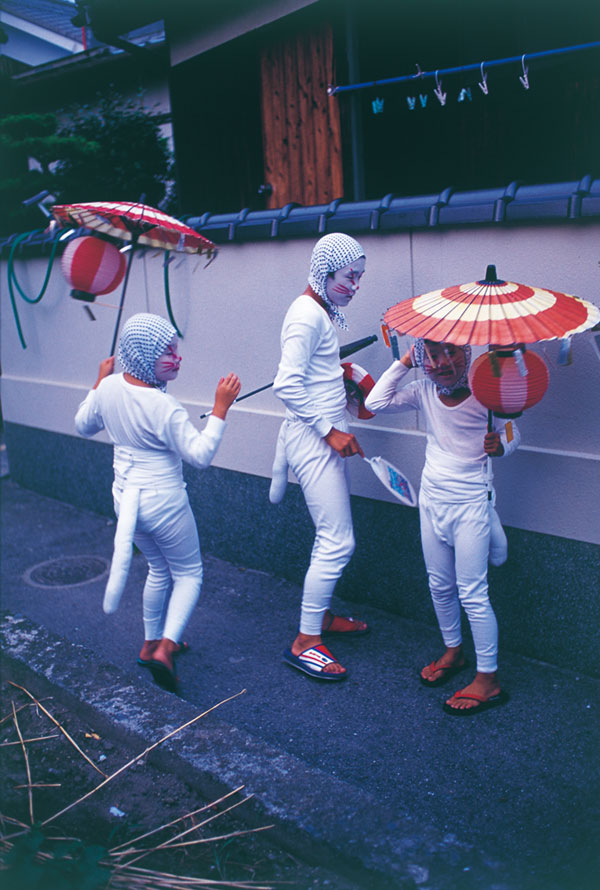 The dancers of the popular Kitsune dance with their adorable makeup and humorous dance moves.