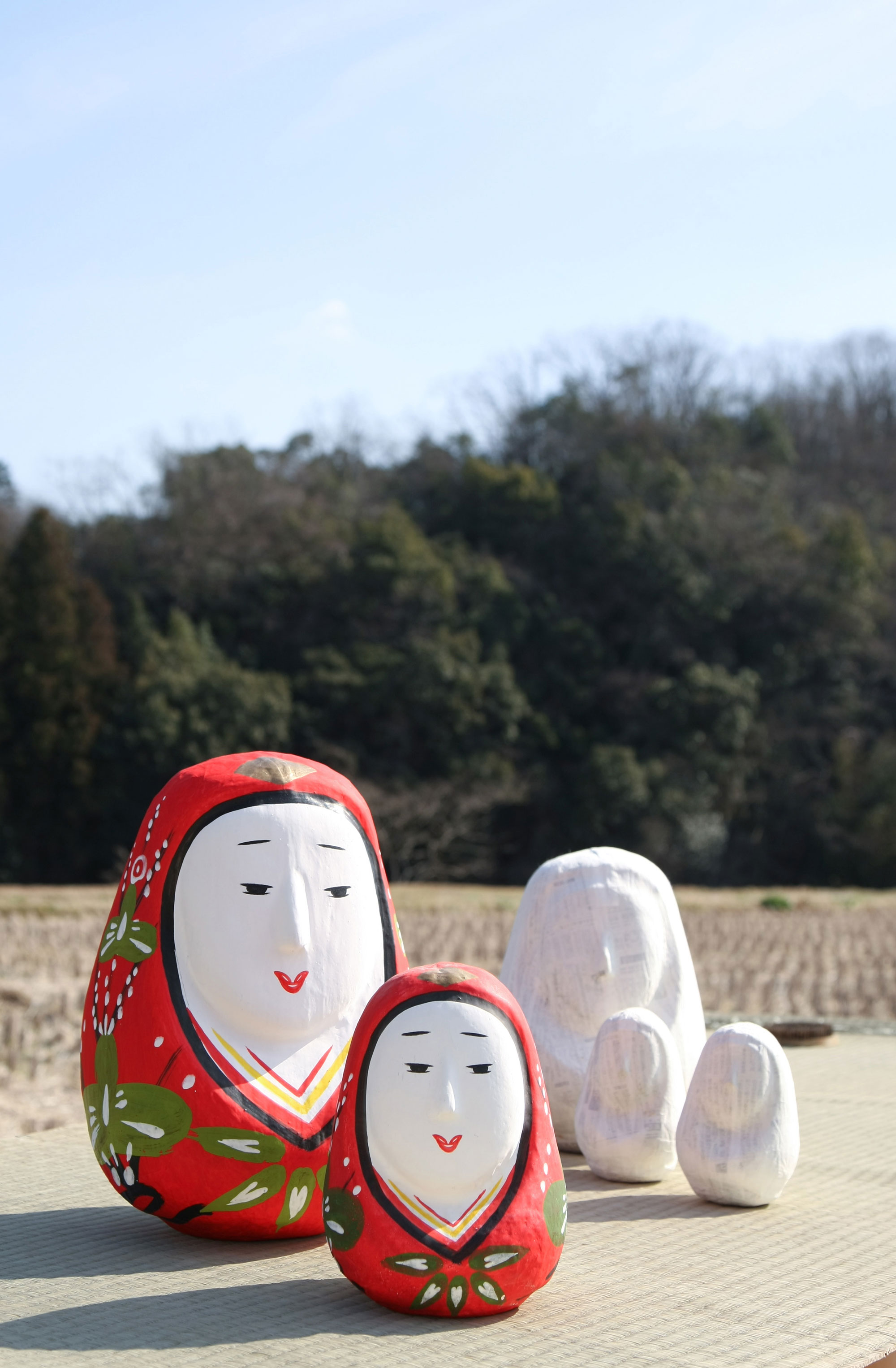 Always Get Back Up Even When You Have Fallen

When you think of a Daruma doll, it normally has glaring eyes with a mustache, but this one is more like Okiagari-koboshi made of hariko (paper mache) originated from Daruma Daishi, the master of Chinese Zen who is known for “facing the wall for nine years in meditation.” But when it comes to “Hime (princess),” the doll becomes a charm of good luck with a gentle ladylike figure.
The white painted face and lovely eyes and eyebrows, with the long nose and little puckered lips. The patterns on the vermilion and yellow layered kimono are pine, bamboo, and plum. The top of the head is decorated with gold foil, and the back is painted white with a drawing of Cintamani stone. Female daruma dolls are extremely rare, even when you look across the entire country.
Up until the early Showa period, people called the Hime Daruma dolls “Nagekomi (things to throw in),” throwing them in each household on the night of the New Year’s Day. It’s the youngsters participating in the youth group who throw the dolls in. They go “Okyagari, Okyagari” throwing them while going around houses in the neighborhood. “Okyagari” means “Okiagari (getting up).” It means to “get up even when you fall,” where the family with the doll thrown in would be delighted to “welcome the good luck” in the next morning, whose head would decorate the doll on the Shinto altar in the house.
However, when the new Hime Daruma doll is thrown into the house for the next New Year, the old one is destined to be thrown into the fire of the Dondo Yaki Festival during the Koshogatsu (“Little New Year” on around the 15th of January).
These traditions vanished during the World War II, and the Hime Daruma dolls were no longer made. It was Tsuneto Gotou (deceased) from Taketa, who saw the great value in the dolls and reproduced them just as they were in the old days. The new tradition is passed down in the Gotou family to this day. However, back then it was called “Okiagari-sama (The getting up doll),” which only meant a Daruma doll. It was in 1956 when he named the doll “Hime Daruma.”
Now it is considered as a specialty handicraft of Oita, and is often kept as decoration for long. The dolls come in 7 sizes. The largest one is about 50 centimeters in height. During the time of “Nagekomi,” it is told that there were families that paid the youngsters to make sure they throw in a big one. 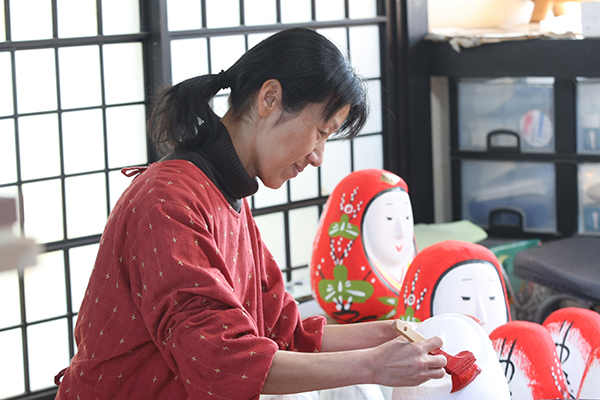